We don't expect to see a premium brand in the segment for compact seven-seat MPVs. Nor do we expect to see the option of 4WD. Both things are provided by the car on test here, BMW's improved 2 Series Gran Tourer 220d xDrive model. It's certainly a very pricey option in this segment but if you want the very best, it's a tempting alternative.

BMW's 2 Series Gran Tourer is a seven-seat compact MPV that offers a classier, more interesting alternative to a conventional Grand C-MAX or Grand Scenic-style People Carrier. This appealing spin on ordinary family motoring will probably attract a ready audience amongst people who maybe never thought they'd be buying from this Munich maker. They won't be getting 'the ultimate driving machine' because that's not what they need. Getting instead what may very well be 'the ultimate small people carrier' though, will suit them very well indeed. That's certainly what this top 220d xDrive diesel 4WD version could be. Now, it's been improved with smarter looks and better media connectivity.

On the move, this 2 Series Gran Tourer model feels a little firmer and sportier than buyers of compact MPV models may be used to. It certainly offers a more rewarding experience if you like your driving and there's an optional electronic damping system if you want to be able to occasionally prioritise comfort instead. Like most BMWs, this one gets the brand's 'Drive Performance Control' system that enables you to tweak steering feel, throttle response and gearshift timings to suit the way you want to drive. Here, we're looking at the top 190bhp 220d xDrive 4WD derivative, which only comes with the brand's slick and efficient 8-speed auto gearbox. The xDrive set-up really comes into its own in the winter months, distributing as it can almost 100 per cent of power to either axle - or a mix between both front and rear. Either way, the car will be kept firmly planted through the tightest bends in the foulest weather. The extra xDrive traction aids performance too, the 0-62mph sprint time improving from the 8.2s showing you get in the 2WD 220d model to just 8.0s.

You'll be choosing this car because you want a BMW but you need a People Carrier. Those whose priorities lie that way round probably won't mind making a few practical compromises to buy into the Munich maker's model range but as it turns out here, very few are necessary. True, this seven-seat 2 Series Gran Tourer isn't sized to regularly accommodate seven adults, but then neither are any of its rivals in the seven-seat compact MPV class. Compare this car against Grand C-MAX and Grand Scenic-style models rather than bigger Galaxys and Sharans from the next segment up and practically, it stacks up pretty well. That's thanks to a 210mm increase in length and a 50mm increase in height over its already pretty spacious five-seat 2 Series Active Tourer stablemate. BMW has tried to liven up the look of this revised version a little with a larger front kidney grille, redesigned front fog lamps, smarter wheel designs and smarter twin tail pipes. Otherwise, it's as you were. At the wheel, you get a premium quality interior that we think will really sell this car. As for practicality, well out back you get an electrically-operated tailgate as standard (which is pretty rare in this class). Once the hatch rises, you get a decent 560-litre boot if you're not using the two rearmost seats. As for the back seat, well here there's decent space for three fully-sized adults - though they don't get three separate seats in the way that they would in some MPV rivals. For young ones, three universal childseats could clip in side by side. Adults meanwhile, will find that the seatbase is split 60:40 and that each segment slides forward and backwards over a 130mm range. This means you can either prioritise your legroom or space in the compartment behind you. Plus in the rearmost position, you get almost limousine-like standards of stretching space.

This seven-seat 2 Series Gran Tourer sells at a premium of around £3,000 over its five-seat Active Tourer stablemate. Which means that pricing here starts at around £27,000, though you'll be paying closer to £35,000 for this top 220d xDrive model - certainly an awful lot for a compact MPV. Still, this kind of money still represents a saving of nearly £3,000 over a comparable version of the Munich maker's much less spacious 3 Series Touring estate with exactly the same engine and AWD set-up. At least this car is very well equipped. Like all 2 Series Gran Tourer models, this one gets things like LED daytime running lights, front foglights, an automatic tailgate, Park Distance Control rear parking sensors, heated power mirrors and heated washer jets, roof rails, an alarm, a chrome-finished exhaust pipe, plus auto headlamps and wipers. Inside, the sliding rear bench and the 40:20:40 split-folding rear backrest is standard-fit. If safety's a priority, you'll want to look at the optional 'Driving Assistant Plus' package. This includes 'Active Cruise Control' and a 'Traffic Jam Assistant' that, in heavy traffic, is able to control the car's speed, steer automatically and keep it in its lane. Also available is Lane Departure Warning and the City Braking function, which applies the brakes automatically at speeds up to 37mph in response to an imminent collision with a car, motorcycle or pedestrian, for instance. The Parking Assistant takes care of manoeuvring into parking spots that are either parallel or perpendicular to the road, while its ultrasonic sensors also help to search for suitable spaces up to a speed of 22mph.

With the 220d xDrive version of this 2 Series Gran Tourer, you get a seven seater that'll dip under eight seconds to 62mph quite comfortably, yet will return up to 57.6mpg on the combined cycle. True, it probably won't approach that number when you're seven-up, but the CO2 emissions of up to 129g/km is pretty good for an MPV with 190bhp on tap. Insurance is group 19E or 20E. The usual suite of BMW EfficientDynamics energy-saving features is responsible for making those vaguely implausible looking figures, including Auto Start Stop and ECO PRO. When in ECO PRO mode, the throttle response is adjusted to encourage a more economical driving style. The extra economy created in ECO PRO mode is fed back to the driver, with the in-car displays showing the additional number of miles achieved.

Ultimately, this car is all about the democratisation of premium quality. Why should you be denied a prestige badge just because you've a growing family and need seven seats? With a 2 Series Gran Tourer, you don't have to be. OK, it's probably not the BMW you ideally wanted back in your college years but today, it may well be the one you actually need. Certainly if compromises have to be made to suit changes in your life, then this car represents a remarkably pleasant way of making them, especially in this top 220d xDrive guise. Here, BMW has created an MPV you could want rather than one you might merely need. There's something to be said for that. Life happens - but there's no reason why you can't better enjoy the journey. 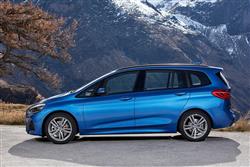 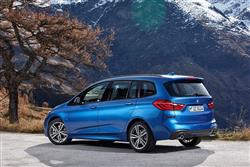 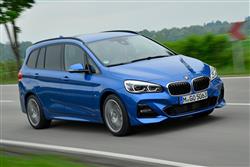 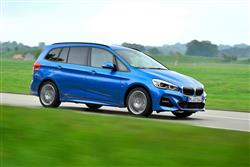 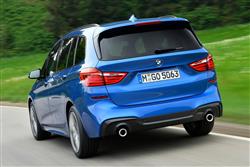 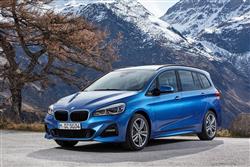