Ford's KA+ now seems to offer a very complete citycar proposition, with an improved 1.2-litre petrol engine, an extra diesel option and a crossover-style 'Active' derivative. There's also upgraded infotainment, a smarter look and a better quality cabin. As before though, this model's key attributes remain class-leading driving dynamics and a particularly spacious cabin. Potentially, there's a lot to like here.

A small car can have big ideas, even if it's city-sized. For proof of that, you've only to try the model we're going to look at here, the improved KA+. You might know the KA model line. In its original first generation form, Ford's smallest contender was difficult to forget, bug-shaped, beetle-browed and hailed by many at its original launch in 1996 as the most innovative thing the industry had produced since the early Mini. The second generation Fiat 500-based model of 2008 wasn't quite as innovative and didn't sell as well, so Ford started again in 2015 with the Indian-built five-door KA+ we have here. The original version of his model was spacious and good to drive but a little bland, so Ford has moved to give it a little more pizzazz with the changes we're going to look at here.

Under the bonnet, nearly all Ford KA+ models will be sold with 1.2-litre petrol power. That was the case with the original version of this model but with this revised version, Ford has carried over the three cylinder Ti-VCT unit from the current Fiesta. As before, this is available in a choice of either 70 or 85PS outputs. In an unusual move, Ford has also decided that customers in the citycar sector might like the option of a diesel engine, so is offering the 95PS version of its 1.5-litre TDCi powerplant in this revised model line-up. Don't expect the driving dynamics to have changed much. The KA+ may be a South American-conceived, Indian-made product but it's been thoroughly re-developed for Western markets. A chassis specification engineered to meet European driving expectations offers a unique front sub-frame, and suspension components including springs, dampers, rear torsion beam axle optimised for Europe's roads. Enhanced door seals, sound proofing and aerodynamics are designed to reduce road and wind noise in the cabin. In addition, the KA+ Active features a wider track, larger front anti-roll bar and uniquely tuned Electronic Power Assisted Steering, for optimised crossover handling. Retuned dampers feature a hydraulic rebound stopper for a smoother ride over harsh surfaces.

The KA+ is, as it should be, Ford's smallest car - but only just. Get out the tape measure and you'll find it to be a fraction shorter than a Fiesta, but a little taller. As for the visual changes made to this revised version, well at the front, there's a high-mounted trapezoidal grille and large, swept-back headlamps, in keeping with Ford's latest design language. A smarter mesh grille features a chrome surround, and standard foglamps and daylight running lamps are highlighted with a distinctive C-shaped chrome detail strip, echoed by a C-shaped moulding at each corner of the rear bumper. Restyled front and rear bumpers contribute to the more assertive look. The additional 'KA+ Active' variant that's been added to the range features a ride height raised by 23mm and exterior styling enhanced with additional rocker and wheel-arch mouldings, a unique black finish for the upper and lower front grilles, and roof rails for carrying bikes and sports equipment. Inside, a smarter instrument panel finish and extra chrome cabin accents lift the cabin ambiance a bit but the main change is the addition of the tablet-inspired 6.5-inch colour touchscreen of the SYNC 3 communications and entertainment system. As before, rear seat passenger space is class-leading. And there's a decent 270-litre boot too.

The KA+ range is pretty simple; there's just one five-door bodystyle and one 5-speed manual gearbox. There are now two trim levels - KA+ and KA+ Active - and prices start from just under £11,000. The key new equipment item that's been added into the range is the 'SYNC 3' communications and entertainment system. This enables drivers to control audio and connected smartphones using voice commands, or via the tablet-inspired 6.5-inch colour touchscreen, and is compatible with the 'Apple CarPlay' and 'Android Auto' smartphone-mirroring systems. Further technologies available to make driving easier include rain-sensitive wipers, headlamps that turn on automatically as daylight fades, and Ford's Quickclear heated windscreen for faster getaways on frosty mornings. Heated front seats, Electronic Automatic Temperature Control and rear parking sensors are also offered. All KA+ and KA+ Active models come with power front windows and door mirrors, remote central locking, Hill Start Assist and a speed limiter. The engine now starts with the push of a button, and in response to customer feedback, the bootspace is easier to access with a tailgate-mounted switch for easy opening, in addition to the convenient interior release accessible from the driver's seat. Six airbags, Electronic Stability Control and a Tyre Pressure Monitoring System protect occupants, and available 'Ford MyKey' technology allows owners to set maximum speed and audio volume limits, and ensure safety features are not disabled when young and inexperienced drivers drive the car.

A citycar like this has to be both cheap to run and kind to the environment and of course, Ford loudly proclaims this KA+ to be both. Fuel efficiency has been enhanced using optimised calibration, low-friction engine oil and regenerative charging, which saves fuel by maintaining efficient charge levels in the vehicle battery by capturing 'free' electrical energy when drivers coast or brake. Low rolling resistance tyres and enhanced aerodynamic details, such as an optimised front lower spoiler lip and grille openings, also contribute to reasonable efficiency. Both 1.2-litre petrol engine options achieve CO2 emissions of 114g/km, with combined fuel consumption of 56.5mpg. The KA+ comes with the usual Ford three year / 60,000 mile warranty, and you'll have the option to extend that package for up to two more years and up to 100,000 miles at additional cost. Breakdown cover is included as standard for the first year. To help you budget ahead for maintenance, Ford offers its 'Protect Premium Plan' for pre-paid routine servicing, ranging from one year up to three years in duration: this package gets you included Europe-wide roadside assistance too.

Ford was too long without a meaningful contender in the Citycar segment but this KA+ has thoroughly corrected that oversight. This improved KA+ model offers evidence that the Blue Oval brand is starting to get the hang of the whole 'global car' thing. Having a product for every market is fine, provided the design in question can be tuned for the needs and preferences of different continents - in the way this KA+ has been. That's not to say it wouldn't be better if it'd been created from scratch for Europe like a rival Volkswagen up! or Peugeot 108 - it probably would be. But by careful development of this South American-conceived, Indian-made package, Ford has been able to narrow the gap to established class contenders like these. The driving dynamics in fact are class-leading. Add in the low asking prices, the rock bottom insurance ratings and the impressive new SYNC media connectivity system and you've a very strong class contender indeed. In short, the KA, it seems, has come of age. 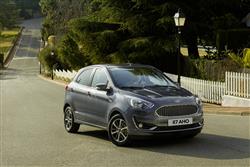 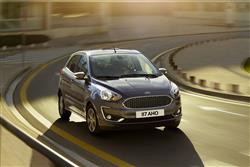 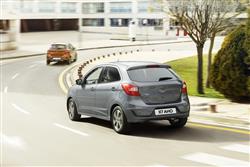 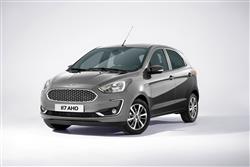 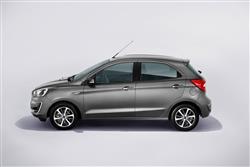 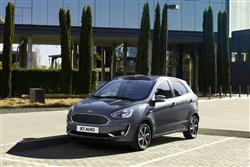