With the Jazz 1.5i VTEC Sport, Honda gives one of its less sporty cars a bit of a makeover. Jonathan Crouch is pleasantly surprised.

A sporty Honda Jazz? It sounds about as likely as a fuel-efficient Lamborghini Huracan, but in the unlikely shape of the Jazz 1.5i VTEC Sport, that's exactly what we've got. Okay it's largely a cosmetic exercise, but it's hard not to like a small hatch when it looks this good.

Given the long-standing appeal of Honda's smaller cars like the Civic and the Integra with young, sports-minded buyers, the Jazz, by all rights, ought to have been the company's answer to the Citroen Saxo or, more recently, the Suzuki Swift Sport. Instead it became some sort of wheeled Werthers Original, beloved by grannies who wanted something easy to drive, reliable and utterly unthreatening. Honda attempted to make the car a bit more interesting with the addition of a clever hybrid model, but even that was largely ignored by the car-buying public at large. Well it seems Honda just went nuclear on this one. The Japanese company has done what nobody ever predicted would happen. It's built a sporty Jazz. Okay, so the 1.5i VTEC Sport isn't exactly a hot hatch, but if it proves popular, it might just open the door to the possibility of a racier Jazz. I, for one, would love to see a Type R version.

First things first. This Jazz Sport uses a 1.5-litre 130PS petrol engine that doesn't trouble itself with turbocharged induction, so don't expect any real fireworks when you mash the throttle pedal. That said, this is not just a spoilers and stickers job. In a manual 'Sport' variant, 62mph can be reached in 8.7s; that's nearly 3 seconds quicker than you'll manage with the lesser 102PS 1.3-litre engine that most Jazz buyers choose. Whichever i-VTEC unit you go for, top speed is pegged at 118mph. Like many previous Honda i-VTEC units, these two have to be revved quite a lot if you're to get all they've got, an attribute rather at odds with the way typically more mature Jazz owners like to drive. The modest pulling power on offer - 123Nm of torque in the 1.3 and 155Nm in the 1.5 - isn't all delivered until you thrash the thing up to 5,000rpm. To put that into perspective, the 1.0-litre TSI three cylinder turbo engine you'd get in a rival SEAT Ibiza or Volkswagen Polo develops everything from just 1,400rpm. In other words, if you're to push along a bit in this car, you've got to adopt a somewhat different style of driving.

This improved version of the MK3 model Jazz has a slightly more mature, sophisticated look than the earlier car thanks to styling changes that align it more closely with the current tenth generation Civic. It's now just that little bit more... grown-up, which will suit the target market. Go for this 'Sport' version and you'll find a thin red-finished front splitter added beneath the lower grille. More 'Sport'-specific touches reveal themselves once you move to the side - black painted door mirrors, side sill skirts and eye-catching 'Berlina Black' 16-inch alloy wheels. At the rear, the main change with this facelifted MK3 Jazz lies with the shallower lower corner grille sections, emphasised on this 'Sport' model by a red-trimmed triple-strake lower bumper diffuser. At this level in the range, you get a tailgate roof spoiler too. At the wheel, there's nothing much of note in the front but the versatility you get in the rear really is impressive, thanks to 'Magic Seat' functionality made possible by the way that the fuel tank has been moved forward to sit under the front seat. That enables you to lift up the rear seat base to accommodate taller items, plus you can push forward the front passenger seat for long items too.

Honda Jazz pricing starts at around £14,000 but you'll need around £17,000 for this top 'Sport' level of spec, which comes with the option of CVT auto transmission for a further £1,100. This variant is based on mid-range 'SE' trim but gets the leather for the steering wheel and gear knob as part of a special orange-stitched interior. Outside, buyers are treated to a mild body kit featuring a rear spoiler, black-painted door mirrors and 16-inch 'Berlina Black' wheels. Onto safety, where the highlight standard-fit feature across the range is Honda's City-Brake Active system, an extra cost item on many rivals. It's there to scan the road ahead for potential collision hazards at speeds of under 20mph. If one is detected, you'll be warned. If you don't respond (or aren't able to) the car will automatically brake itself to decrease the severity of any resulting accident. That builds on the usual features you'd now expect on a car of this kind - twin front, side and curtain airbags, anti-whiplash head restraints, ISOFIX child seat fastenings, a Tyre Deflation Warning system and Hill Start Assist, to stop you from drifting backwards on uphill junctions.

In a manual Jazz 1.5-litre Sport model like the one we tried, the fuel and CO2 figures are quoted as 47.9mpg and 133g/km. To give you some class perspective on that, a similarly-performing SEAT Ibiza FR 1.0 TSI 115PS rival manages 60.1mpg and 108g/km..... To be fair, with CVT auto transmission fitted, this Honda does slightly better, returning 52.3mpg on the combined cycle and 124g/km of CO2. Fortunately for Honda, running costs are about more than just fuel and CO2 readings and when it comes to the all-important issue of residual values, this Jazz claws back some ground. After three years and 60,000 miles, a typical Jazz model would still be worth 40% of its original list price. That's an impressive showing by segment standards - and a far better one than you'd get from a rival Fiesta, Corsa, Clio, Fabia or Ibiza. You could also save money by purchasing a pre-paid servicing plan. Here, a one-off payment of around £700 covers you over five years (or up to 62,500 miles) for labour, parts and maintenance costs. Honda reckons that buying this package would save a typical owner over £500 throughout the period of the plan.

The Honda Jazz Sport could easily be written off as a rather half-hearted top model that does little to remind us of how great Honda used to be at producing sporting cars. Look at it in this harsh fashion and I'd be hard pushed to argue. As a warm hatch, it's not in the same league as the best in the class. Not by a long chalk. That said, this is not a car devoid of appeal. Far from it. The Jazz has developed into a car that's pretty good fun to drive and the Sport will show you a good time on the right road while still offering all the reliable and practicality that Jazz owners have come to depend on. Better than that, perhaps the Jazz Sport represents a first step, an olive branch bashfully proffered to Honda enthusiasts. Toyota recognised that it needed sportier cars in its portfolio and the delicious second generation NSX model that Honda has now brought us demonstrates that the same feeling may be abroad in Tokyo. And when Honda does sports cars it can be utterly brilliant. One step at a time though. 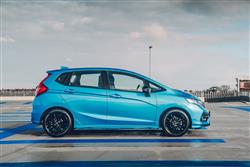 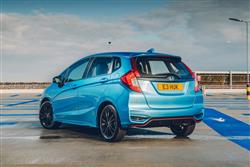 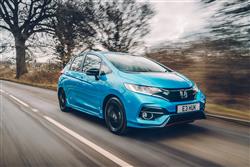 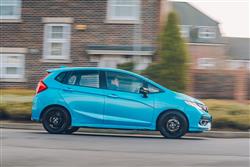 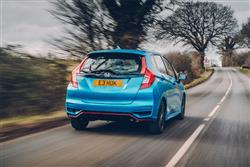 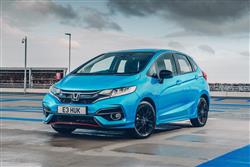