From its launch in 2017, Hyundai's much improved third generation i30 delivered smarter looks, a wider variety of body styles, efficient engines and stronger standards of safety and media connectivity. So if you're shopping in the family hatchback segment for a model made in the 2017-2020 period, it's a product that certainly adds up on paper. But then, the i30 always has.

Cast your mind back to 2007. That was the year the very first Hyundai i30 family hatchback appeared, a Focus-sized model that completely changed the way we thought about Korean cars. Since then, this Asian maker has transformed itself from being a budget brand to the point where it's now a mainstream quality choice, that process aided by the launch of this third generation i30 model in early 2017. This was, according to its maker, 'a car for everyone'. Except that it wasn't. It couldn't be, Hyundai's product range by 2017 being tailored much more specifically for individual needs. That's why in this period, the same kind of money that most i30 models sold for would alternatively buy you the company's Kona SUV. Or, for those more concerned about saving the planet than conquering parts of it, there was the brand's eco-minded IONIQ hybrid. All of which left this i30 free to focus a little - in every sense. Ford's market leader was one of the family hatchbacks the Korean brand had in its sights with this car, but there were plenty of others, with Vauxhall's Astra, Peugeot's 308 and of course Volkswagen's Golf all representing key targets. Take on that lot and you'd better come well prepared: fortunately, Hyundai did. In MK3 model form, the i30 was stiffer, slightly bigger and a lot smarter. The petrol engines were all of the new-tech T-GDI variety and the driving experience was supposedly improved by changes to the steering and the damping. There were vastly-improved levels of camera-driven electronic safety and media connectivity. And buyers of this fourth generation car got the choice of four different variants, so as well as this five-door hatch and its 'Tourer' estate counterpart, there was also a style-orientated five-door 'Fastback Coupe' and the high performance i30 N hot hatch. This MK3 model sold until 2020, when it was replaced by a facelifted model with mild hybrid tech.

When Hyundai developed their very first i30 model back in 2007, exterior design wasn't really top of the priority list. Five years later though, at the launch of that design's second generation replacement, we noted that the brand had put far more work into styling and packaging, an emphasis that's paid off since, with customers apparently rating this car's pleasing design as their number one reason for purchase. Hence all the effort put into the look of this MK3 model, which adopted a sharper, sleeker, leaner look than before. As one writer put it, 'it's now more Prada than Primark'. Behind the wheel, your first impression will probably that quality has gone up a notch or two. The biggest cabin talking point is the 8-inch colour touchscreen, though bear in mind that you'll only get it if you can avoid the two lower-spec trim levels. This is your interface for controlling satellite navigation, the DAB audio set-up and a package of 'TomTom LIVE' services that alert you to speed cameras, update you on the weather and provide accurate information on traffic jams and roadworks. You can also connect in your handset using the 'Apple CarPlay' and 'Android Auto' smartphone mirroring systems. On the back seat, as with most other cars in this segment, it's not possible to sit three fully-sized adults with any real degree of comfort but if there are only two of you, then you'll find that there's reasonable space for legs, knees and shoulders. The 395-litre cargo capacity is class-competitive. If you need more space and want to push the rear backrest down, there's up to 1301-litres of carrying capacity available in this configuration.

We came across lots of satisfied i30 customers for this MK3 model in our owners survey but inevitably, there were a few who had issues. One owner had the lane assist and AEB brake function alarm lights come on while on a motorway which required replacement of the car's safety camera. In another case, an i30 DCT auto model lost drive at lower speeds requiring a software fix. In another case, there was a report of an i30 1.6 CRDi model over-actively regenerating - probably an issue with the sensors. Some i30 models built between September 2018 and November 2018 may have an issue with the anti-pinch function of the sunroof motor: if the car you're looking at is from this period and has a sunroof, check that this has been attended to. Check for signs of interior child damage and insist on a fully stamped-up service history. Other than that, it's a clean bill of health. Hyundai's brilliant five-year warranty arrangement means that these vehicles very rarely fall into premature neglect.

As in other areas, all the right ingredients appear to be in place here for a decent showing when it comes to drive dynamics. The T-GDI and CRDi engines tick all the right technological boxes and the previous model's sophisticated multi-link rear suspension was here further improved. As a result, few other cars in this class from this period are better at soothing away tarmac imperfections. Thanks in part to a significant increase in body rigidity for this MK3 design, the i30 is also extremely quiet. Not so effective are the changes made to the damping ('performance-orientated' dampers were added) and the steering (said to be 10% more direct). The difference made by these changes is difficult to detect, so our perspective remains that there's still scope for improvement if Hyundai's really wants to rival something like a Ford Focus around the twisty stuff. We've few complaints about the engine line-up on offer though, an area in which Hyundai clearly did its homework on what appealed to European buyers. There's a choice of two T-GDI petrol units, a three cylinder 1.0-litre 120PS unit and a four cylinder 1.4-litre 140PS powerplant. Alternatively, the 110PS 1.6-litre CRDi diesel used in the previous generation model was carried over for these wanting to fuel from the black pump. You can see why that might appeal, with NEDC figures suggested that 74.3mpg might be possible on the combined cycle, along with 99g/km of CO2. This diesel and the pokier petrol unit can be had with an efficient 7DCT dual-clutch auto gearbox. The top i30 N hot hatch uses a 2.0 T-GDI petrol engine, offered with either 250 or 275PS.

You may have read or seen reviews elsewhere suggesting that this third generation i30 is a car without stand-out qualities. That's not true. We think this to be the most refined car in the family hatchback class from the 2017 to 2020 period for instance. The level of standard safety kit is un-bettered in the sector from this period too, plus this Hyundai also makes the grade when it comes to the important questions of practicality and media connectivity. With all that said though, we do understand why some struggle to warm to this model - at least in this standard form. This Korean brand's stated aim that this should be 'a car for everyone', aside from being impossible to achieve, is also a recipe for what could have been a very compromised end result. The lazy way to review this car is to dismiss it in just that way. Live with it though and the attributes mentioned earlier begin to shine through. Ultimately, it's hard to do too much better for the money. Which means that for the time being at least, the i's still have it. 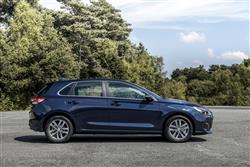 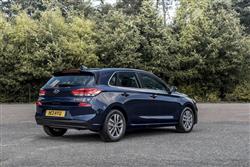 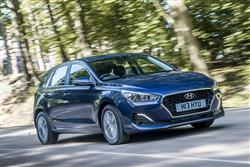 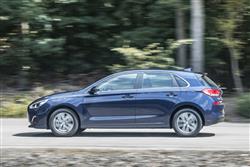 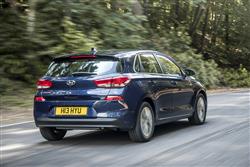 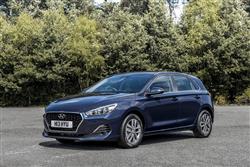