Available at Renault branches
From £13,998
£235 deposit
£235 per month
Finance your car with PCP
Enquire now

Renault's Kadjar is a mid-sized SUV that's smart, sensible and, in its way, quite aspirational. Developed from much of the same technology that brought us the segment-leading Nissan Qashqai, it's certainly a more interesting family choice than that used Focus-class hatch you might have been considering and there's the option of 4WD if you want some substance to go with the style. Let's check out the 2015-2018 version as secondhand buy.

For a long time, Renault was never able to offer us a class-competitive family-sized SUV model but in 2015 the brand put that right with this car, the Kadjar. It's the family hatch-based big brother to the French maker's very successful supermini-based Captur model. It's based on Nissan Qashqai engineering and at first glance, many dismissed this car merely as Qashqai with a Renault re-style but there's much more to this SUV than that. Though the two vehicles do share 60% of their parts, Renault claims that 95% of what you see and feel in a Kadjar is completely new. It's certainly sharply styled and is able to offer a bigger boot than its Nissan counterpart. There's more affordable pricing too, especially when it comes to more powerful engines and the option of four wheel drive. The Kadjar was significantly facelifted at the end of 2018 but it's the earlier 2015-2018 era models we look at here.

So. What do we have here? A Nissan Qashqai with a Renault re-style? Or something more? The Kadjar certainly shares much with its Japanese design stablemate, primarily its 'CMF' 'Common Module Family' platform and most of its engine technology. Many though, will think this to be a more sleekly-styled car and it's certainly a more practical one, with a rear overhang lengthened to deal with the Qashqai's biggest problem, a lack of bootspace. The result is an appealing package that at first glance, seems to deliver everything that a modern Crossover of this kind should offer. And behind the wheel? Well not all Crossovers fully emphasise the slightly higher seating position that's supposed to help define his class of car but this one does, positioning you quite commandingly in front of a smartly-bespoke soft-touch dashboard. And in the rear? Well as usual in a car of this kind, it's comfortable for two adults but a little bit of a squash for three. Headroom though, is fine, unless you've a top model fitted with a panoramic roof, in which case really tall folk might be a touch restricted. The vast glass panel gives the cabin a lovely airy feel though. Where this car's extra body length does pay dividends is out back. Instead of the slightly restricted 430-litre boot you get in that Nissan model, there's a 472-litre trunk on offer in a Kadjar - once you get your stuff over the rather high boot lip. And you can make the most of it if you go for a car fitted with the adjustable-height boot floor and the neat 'One-Touch easy-folding' rear seat system.

Most Kadjar owners we came across were pretty satisfied, but inevitably, some issues were thrown up by our survey. We came across a number of glitches with the R-Link2 infotainment and sat nav system - things like out-of-date maps and issues with DAB drop-out. Another owner complained of dashboard rattles and window whistles. Whatever variant you're looking at, check tyres, exhausts and front suspension alignment carefully and try to establish if the previous keeper was diligent in the car's upkeep. Look for parking scratches on the alloys and evidence of child damage on the interior plastics and upholstery. All of these issues are common and could give you scope for price negotiation.

Like all the best family mid-sized SUV models, this Kadjar requires very little acclimatisation once you set off behind the wheel. Unless you really start to throw the thing around, you'll find that it handles just like any ordinary family hatchback and rides probably better than most of them. Under the bonnet, there's a choice of three main engines, with the 130bhp TCe 1.2-litre turbo petrol unit the most affordable choice. It lacks a little pulling power though, which is one of the reasons why most buyers will want to choose the 1.5-litre dCi 110bhp diesel option. Well that and the fact that with this unit, you're supposed to be able to achieve up to 74.3mpg on the combined cycle and a tax-beating 99g/km of CO2. If you want a little more power on tap - or the option of 4WD - then you'll need to stretch to the top 1.6-litre dCi 130 diesel unit. This puts out a useful 320Nm of torque and makes 62mph from rest in 9.9s en route to 118mph. Those are figures that slightly deteriorate if you opt for this variant with 4WD, but the extra tractional benefits of an all-wheel-driven version will be well worth having in the winter months. This is one of those on-demand set-ups that can transfer up to 50% of power rearwards should a loss of traction demand it.

In summary? Well you could say that it would have been difficult for Renault to fail with this SUV, given the proven underpinnings it's based upon. The French brand though, long had the right ingredients for a car of this kind for some time but prior to 2015, never managed to blend them into the kind of finished product that buyers in this segment really wanted. The Scenic RX4 of 2000 and the Koleos model of 2008 were both false starts in this regard but with this Kadjar, the pieces really seem to fit together. It may not be the 'ultimate urban adventurer' but it's the kind of car that really could add a more appealing dimension to family travel. 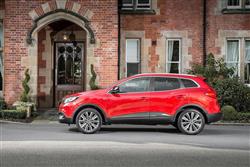 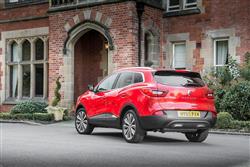 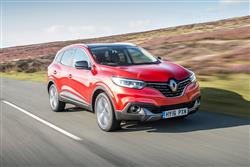 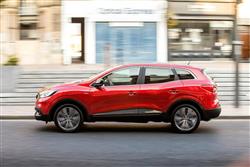 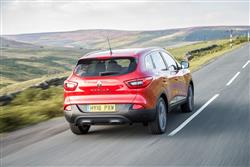 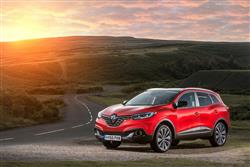 To find your nearest Renault branch, please enter your location.