This fourth generation SEAT Leon is a Focus-sized model that now offers smarter styling, improved media connectivity, extra safety provision and some fresh new engine options. If you'd been overlooking it, this Spanish contender might now be worth a second glance.

SEAT, in case you didn't know, is supposed to be an emotive, 'Latin' kind of brand, a kind of 'Iberian Alfa Romeo'. Hence the passionate marketing, the rallying success and the World Touring Car Championship trophies. Customers though, remain a little unconvinced, especially in mainland Europe. But not so in the UK. Sales are strong on these shores and the Leon model range has always represented much of the reason why, ever since the MK1 version's original introduction in 1998 and subsequent second and third generation models respectively launched in 2005 and 2012. Together with the Ibiza supermini, the Leon is SEAT to British buyers. This fourth generation version, launched in early 2020, builds upon the solid foundation established by its predecessors and, like them, is based entirely on Volkswagen Golf engineering - in this case, the latest eighth generation version of that car. It's a great starting point, which explains the appeal of this MK4 Leon with its slicker looks, increased electrification, stronger safety and improved media connectivity.

What if you could take everything that's good about the drive dynamics of a Volkswagen Golf - the superb ride, the excellent refinement, the exemplary at-the-wheel ergonomics, the smooth efficient engines - and replicate it all in a better value package with a slightly sportier feel? Such has always been the appeal of the SEAT Leon and in that regard, not much is different with this fourth generation version. It still steers and turns in a little more sharply than its Golf, Octavia and Audi A3 VW Group family hatch cousins that share the same engineering and MQB platform. And, as before, most mainstream versions continue to persist with an old-school torsion beam rear suspension set-up. Which isn't to suggest that nothing has changed here. Quite the contrary. Take the engine range. Specify an auto gearbox with either the volume 110PS 1.0-litre TSI three cylinder unit or the 150PS 1.5-litre TSI EVO four cylinder petrol powerplant and you'll get the brand's latest 'eTSI' mild hybrid electrified technology. There's also now a PHEV full-Hybrid plug-in Leon, the e-HYBRID, which uses a 150PS 1.4-litre TSI petrol engine mated to a 6-speed DSG auto gearbox and an 85kW electric motor, powered by a 13kWh lithium-ion battery that when fully charged can deliver a WLTP-rated all-electric driving range of up to 36 miles. Most Leon customers though, will be wanting an engine of the more conventional kind, which if you want to stay with manual transmission is what you'll have to have. With a stick shift fitted, in addition to conventional versions of the two TSI petrol engines just mentioned, you can opt for a de-tuned 130PS version of that 1.5 TSI EVO petrol unit. If you're happy with a DSG auto, SEAT's 2.0-litre TSI 190PS powerplant is available from 'FR' spec upwards. You'll also be offered the option of diesel power - there are two versions of the latest cleaner, more efficient VW Group 2.0 TDI 'twin dosing' unit, offering either 116 or 150PS. At the top of the range lies the CUPRA Leon hot hatch variant, which can be had with either an uprated 245PS version of that 1.4-litre Plug-in Hybrid powertrain we just mentioned. Or with a conventional 2.0-litre TSI petrol unit, developing either 245PS in front-driven conventional hatch form or 310PS in 4WD Estate guise.

As before, Leon buyers choose from either a five-door hatch or an Estate model. In both cases, SEAT says that visual style was one of the key reasons why people bought earlier versions of this car, so that's been focused on here, hence the sharper, more assertive lines of this fourth generation design. In hatch form, it's 86mm longer than the previous generation car, but 16mm narrower and 3mm lower. Full-LED headlights feature at the front and there's a more distinctive full-width 'coast-to-coast'-style lamp arrangement at the rear. Inside, the redesign centres around the use of SEAT's 'Digital Cockpit' layout, which brings together a high-resolution 10.25-inch configurable driver instrument cluster and 10-inch infotainment system. Its "diagonal" graphic design positioning apparently gets its inspiration from the Diagonal avenue of Barcelona. Interior light is an important feature here. It includes a wraparound dashboard light that covers the fascia's entire width and continues through the doors. A key change is the improvement in rear seat space (a slight failing of this model line previously); a 50mm increase in wheelbase has usefully improved legroom. But not boot space: it's 380-litres in the hatch, that's the same as before, though cargo room has improved in the estate version, which can now offer up to 617-litres of it, 30-litres more than before.

Pricing hasn't changed much, so, as before, you'll be looking at list pricing primarily in the £22,500 to £34,000 bracket, which is pretty much par for the course in the family hatchback segment. There's also the option of an Estate body style. Customers initially get a choice of three core trim levels - 'SE', 'SE Dynamic' and 'FR'. If you can afford more, you can talk to your dealer about further 'FR Sport', 'Xcellence' and 'Xcellence Lux' trim levels. Even base 'SE'-spec gets you quite a lot: 'Kessy Go' keyless start, full-LED headlight technology with automatic high beam and 16-inch alloy wheels, plus an eight-inch centre-dash infotainment screen with SEAT Connect technology and access to the 'Apple CarPlay' or 'Android Auto' media systems. 'SE Dynamic' mid-range trim upgrades you to the SEAT Digital Cockpit package, which gets you a 10.25-inch digital driver instrument binnacle display, plus a larger 10-inch centre-dash infotainment screen with navigation. Plus at this level, you get Park Assist (front and rear sensors) and tinted rear side windows, as well as larger Dynamic 17-inch alloy wheels. To make your Leon really stand out, you'll need one of the meaner-looking 'FR' trim levels, which add sporty front and rear bumpers, Dynamic 17-inch alloy wheels, dual exhaust pipes and a unique suspension set-up that gives a 15mm lower ride height. 'Xcellence' trim adds luxury touches like microsuede cloth upholstery and Predictive Adaptive Cruise Control.

Lots of work's been put into efficiency here. The standard 1.0 and 1.5 TSI petrol engines feature a Miller-cycle combustion process and variable geometry turbocharger, along with integrated Active Cylinder Management. The Miller-cycle optimises valvetrain control with early closure of the inlets which, combined with a higher compression rate and turbocharging, better control the air-fuel mixture and improve fuel efficiency by up to 10 per cent. As for the WLTP figures, well for both the 1.0 TSI engine and the 1.5 TSI 130PS unit, the readings are up to 52.3mpg on the combined cycle and 123g/km of CO2. For the 1.5 TSI 150PS unit, the figures are up to 48.7mpg and 132g/km - or 48.7mpg and 133g/km for the eTSI mild hybrid DSG auto version of this model. For the 2.0 TDI 115PS diesel, the figures are up to 67.3mpg and up to 111g/km. Specify DSG auto transmission with either the 1.0 TSI unit or the 150PS 1.5 TSI EVO engine and as mentioned above, you get the brand's Mild Hybrid eTSI tech. This technology uses a 48V starter-generator and lithium-ion battery enabling the vehicle to coast with the engine switched off (while retaining all key electric functions, such as power steering), harvest energy under deceleration and provide electrical torque assistance during acceleration. If you want to go further, the Plug-in eHybrid model's 1.4-litre TSI engine is paired to a 13kWh battery pack which can be fully charged in 3.5 hours and offers up to 38 miles of electrified range.

This Leon has long been a strong but often overlooked contender in the family hatchback segment and it's been usefully improved in this fourth generation guise. Buyers will appreciate the smarter safety and improved media connectivity and the mild hybrid and plug-in engine tech brings the range right up to date. Whether there really is 'latin spirit in every one' is another question of course. In the case of sportier versions like the FR models, we'd be tempted to say yes. Overall, on a pure value-versus-quality basis, this Leon has long been the pick of the Volkswagen Group offerings in this sector. And that also makes it one of the key segment benchmarks outside the Wolfsburg family of brands. Which in turn, makes it a very good car indeed. 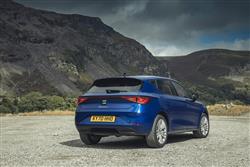 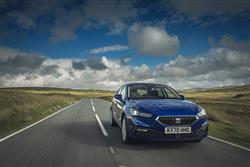 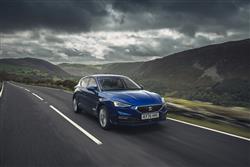 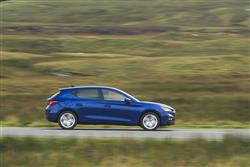 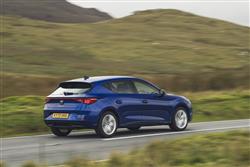 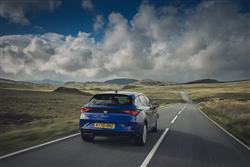