Volvo's V90 Cross Country model gives family-minded executive buyers who live out in the sticks a version of this large Swedish estate they might like. Jonathan Crouch reports.

Not everyone wants a luxury SUV. Not even luxury SUV buyers. Volvo knows this of course, the Swedish brand being a major player in this market with its strong-selling XC90 model. Hence the company's decision to offer a more conventional alternative to buyers in this sector in the form of this V90 Cross Country model. As you can see, this essentially is a raised version of the V90 estate with a few rugged-ised styling modifications, but you do get AWD, a feature not available to buyers wanting the volume D4 engine in the standard range. And there's as much winter driving capability as you'll probably ever need. Plus, as you'd want, it remains as Swedish as meatballs and as practical as ever. The prospects then, are promising.

On paper, this V90 Cross Country should feel just like any ordinary V90 estate to drive. In practice though, it feels a little softer and more supple, though you can expect a touch more bodyroll, courtesy of the extra ride height. Ultimately, it's the kind of feel you'd get from a luxury SUV, which is presumably what Volvo was aiming at. On that subject, we should point out that AWD is standard. That might sound an obvious thing to say in relation to a car like this but the old Volvo XC70 model that this model effectively replaces was available in 2WD guise. Engine-wise, just as in mainstream versions of the standard V90, buyers get the choice of two four cylinder diesel units, a 190PS D4 variant and a 235PS D5 PowerPulse derivative, both equipped with smooth 8-speed auto transmission. There's also a 320PS T6 petrol version, but that'll be a rare choice. A 250PS petrol T5 engine's offered too. We'd recommend the PowerPulse diesel derivative. This uses a clever system to boost responsiveness. This uses compressed air, which is stored in a tank in the engine bay and refilled automatically, to spool up the turbo at low revs. This helps to overcome turbo lag, which is the short delay in the power delivery you experience in traditional turbocharged engines.

You'll recognise this Cross Country derivative from standard V90 models by its black plastic wheel arch extensions, blacked out trim pieces and front and rear titanium skid plates. Body-coloured alternatives are available if you don't want to stand out. Look a little closer and you might spot that the ride height of this variant has been raised by 65mm, plus the front track has been widened by 20mm and the rear by 40mm. In addition, the specially designed tyres are 42mm larger in diameter. In short, this is more than just an exercise in rugged styling. Otherwise though, things are exactly as they would be in any normal V90 estate. Which means you get beautiful cabin finishing and plenty of leather, classy wood and glass. As with the XC90 luxury SUV, the dash features a massive tablet-like touch screen that plays a key role in creating an interior that is modern, spacious and uncluttered. At the rear, there's up 1526-litres of bootspace (including underfloor storage). That's a useful figure, though is a little bit less than you'd get with rival BMW 5 Series Touring and Mercedes E-Class estate competitors. That's probably down to the stylish sloping rear glass.

You'll need a budget starting from just under £43,000 for this V90 in Cross Country spec, which means a premium of around £10,000 over the base 'Momentum' trim level. That asking price gets you the 190PS D4 diesel variant. There's also the option of the 235PS D5 PowerPulse derivative if you want it, plus a 320PS T6 petrol model. All variant come with AWD and auto transmission. Going for a Cross Country V90 gives you a bodykit with silver front and rear skidplates, wheelarch extensions and charcoal-coloured mouldings for the lower sills and side doors. With this variant, you also get larger 18-inch Double Spoke alloy wheels, larger door mirrors and unique upholstery stitching. V90 safety gear includes a run off-road protection package which tightens seatbelts and activates energy-absorbing technology in the seats when the car detects challenging terrain ahead. Another system is the auto-braking feature, which cuts in if a driver pulls out in front of oncoming traffic. Plus the V90 also introduces a world-first - large animal detection - a system capable of detecting large animals such as elk, horses or moose, night or day. All these safety systems aim to bring Volvo closer to its vision of nobody being seriously injured or killed in any of its vehicles by 2020.

There's no really significant efficiency penalty for opting for this Cross Country variant. The D4 model manages 54.3mpg on the combined cycle and 138g/km, while the pokier D5 PowerPulse version manages 53.3mpg and 139g/km. With this SUV-orientated bodystyle, there's no option of the T8 Twin Engine petrol plug-in hybrid powerplant. You can though, have a T6 conventional petrol model, which manages 36.7mpg and 176g/km. Depreciation will be a key consideration for potential owners. It'll be interesting to see to how the market responds to Volvo's new direction in style and quality here. Think in terms of RVs that are comparable with a brand like Lexus in this segment and you shouldn't be too far out. Maintenance should be relatively affordable for a car of this kind, with intervals every year or 18,000 miles. Three or five year pre-paid servicing packages are available to help you budget ahead. If you pay extra for the useful 'On Call with App' remote connectivity system, this Volvo can be programmed to autonomously realise when a service is due, then automatically book it for you at a dealership of your choice. Finally, we'll tell you that the warranty is the usual three year, 60,000 mile package.

Here, Volvo has delivered a very good compromise between on and off road ability which would probably suit a lot of luxury SUV buyers - if only they could be persuaded to try it. The Swedish maker's latest 'Scalable Product Architecture' has delivered to the brand a platform for a really credible luxury line-up these days and this model is yet another example of it. It's certainly true that this car's driving experience could be a little more involving. The Swedish engineers particularly need to learn from brands like Jaguar and BMW when it comes to steering feel for example. Having said that though, a more laid back, luxurious cosseting feel is all part of this car's appeal. It should feel different in the way that it does. 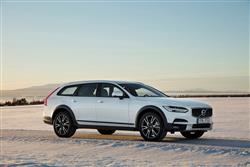 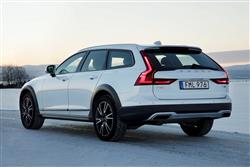 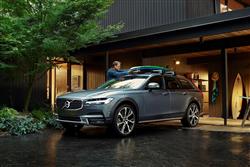 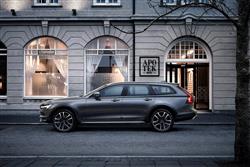 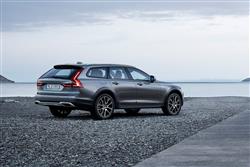 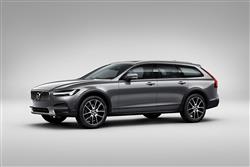