Striking, sleek and significant, Alfa Romeo's Tonale could hardly matter more to the Milanese maker. This compact SUV comes with electrified engines, a styling nod to the past and a very lovely cabin. Can it win over Teutonic brand customers looking for a change? It'll be interesting to see.

So Alfa Romeo reinvents itself. Again. A few years ago, it was as a maker cable of credible SUVs. Now, it's as an electrified brand. Well, a partly electrified brand anyway. There's no Alfa EV yet, but we do at least have a proper hybrid product - and a car that will set a course for the next generation of Alfas, this one, the Tonale. It's a small SUV that sits just below the Stelvio in the company's line-up. It would be nice to report that this crossover is heart and soul Alfa from the ground up - as new brand owners Stellantis tell us. The truth however is that almost all the engineering here, rather unpromisingly, is shared with a Jeep Compass - the chassis and both the drivetrains, which are of both the mild and plug-in hybrid sort. But if you love the marque, don't despair. We're told that this confection has been engineered with Alfa expectations very firmly in mind. And the styling certainly meets that brief, with enough pavement presence to make key German rivals look very dull indeed.

This isn't an EV but it is partly electrified - though brand boss Jean-Philippe Imparato wants to qualify that: "This is an Alfa Romeo first and then it is a hybrid". What he means by that is that though most of the engines are available from more ordinary Fiats and Jeeps, the drive experience here has been developed to be uniquely Alfa. Most customers will choose the 1.5-litre 48-volt mild hybrid four cylinder unit, offered with either 130hp - or 160hp with a variable geometry turbocharger. With the latter, strong, linear acceleration is promised, the e-motor filling in at low revs, before the turbo cuts in. Your alternative at the top of the range is a potent 275hp Plug-in Hybrid petrol 4WD model. This pairs a 180hp version of an old Fiat 1.3-litre MultiAir engine with a rear-mounted 121bhp electric motor powered by a 15.5kWh battery which, when fully charged, can deliver a 37 mile EV range. The engine turns the front wheels via a 6-speed torque converter auto gearbox, while the e-motor powers the rear wheels, completing the Q4 AWD system. Our market won't get the diesel and 2.0-litre petrol options that Alfa offers in other countries.

If you know your Alfas, you'll recognise plenty of historical brand cues here. The Zagato SZ-style headlights, with three beams on each side; the 'telephone dial'-style wheel design; and the curved rear screen, which apparently references a Bertone Coupe from the 1960s. All of this is pretty faithful to what we saw from the inspiration model here, the concept car that the brand showed at Geneva back in 2019. Size-wise, think BMW X1 or Audi Q3. The 1.6-metre height is much the same. The length is 4.53-metres and the Tonale is 1.84-metres wide. You might be equally sold on the cabin, which places you snugly behind the chunky wheel and looks lovely when specced out with the brand's sumptuous leather upholstery. Veloce variants have beautiful aluminium shift paddles. There's new territory for Alfa with digital screens. The centre dash one is 10.25-inches in size, while the display you view through the wheel is 12.3-inches across and features some neat animations of those lovely '3x3' headlamps. Back seat space is very acceptable by class standards; a six foot rear passenger can sit behind an equally lanky front seat occupant. And there's a class competitive boot capacity figure of 500-litres.

The Alfa Romeo Tonale is available in two trims; 'Ti' and 'Veloce', along with exclusive 'EDIZIONE SPECIALE' launch version. Think pricing comparable to better versions of this car's most obvious three rivals, the BMW X1, the Audi Q3 and the Mercedes GLA. That means a price span in the £38,500 to £42,500 bracket. PCP deals start at £429 a month. Your Tonale will at least come well equipped for that. All variants get Alfa's usual 'DNA' drive mode selection system and quite a few variants will come with niceties like a wireless charging mat, heated and ventilated seats, a powered tailgate and a 14-speaker Harman Kardon audio system. The two cabin screens come included too, the 10.25-inch centre monitor and the 12.3-inch instrument binnacle display. All models get a bespoke-developed Integrated Brake System and Veloce variants have four-piston fixed callipers supplied by Brembo. As for damping, well mainstream versions have Frequency Selective Damping, which switches between high and low rates depending on driving style and road conditions. Top Veloce trim gets you Marelli electronically switchable dampers developed specifically for the Tonale, which work through the modes of the DNA system. 'Normal' and 'Advanced Efficiency' DNA settings leave the spring in a comfort setting; they become stiffer in 'Dynamic' mode. 'Advanced Efficiency' clicks you into full-EV drive in the PHEV model.

If you care about efficiency, then because you can't have a Tonale diesel (in the UK at least), you'll be ordering this Alfa in 1.5-litre 48V Hybrid form. This is a Hybrid that uses the electric motor by completely disconnecting the petrol engine, which can remain idle for up to 47% of the time - or up to 62% in town. The powertrain's built-in e-motor acts to shift the operating point of the combustion engine, ensuring that it can reach maximum efficiency even in a cold vehicle. This function speeds up the catalyser warm-up transition, with further benefits in terms of fuel consumption and emissions. The hybrid power supply has multiple advantages, not least in start-up in 100% electric mode, which is smooth and silent with no fuel wasted. Subsequently, the Tonale can continue to be driven in full-electric mode, compatible with power demand and the battery charge level. Electric-only power supply can also be used for the 'e-creeping' function, to make a series of short movements forward with no pressure on the accelerator, for example in a traffic jam. The car can also be parked in 100% electric mode, either in first gear or in reverse (Alfa calls this 'e-parking'). In addition, the hybrid power supply is designed to recover energy during both braking and deceleration.

It may be some time since Alfa turned a decent profit but the allure of the brand seems to be as strong as ever - and not only to loyal customers: apparently, Volkswagen tried to buy it as recently as 2018. Sometimes, it's difficult to understand where this kind of following comes from. When Alfas were really Alfas, back in the '60s, '70s and '80s, they looked and sounded great but were unreliable and bits fell off. To address that, more recent brand owners have based mainstream Alfas on Fiat Group underpinnings, diluting the reasons people wanted them in the first place. The Tonale combines these two approaches better than any small Alfa we can remember. The looks and the cabin are, as advertised, pure Alfa Romeo. The engineering isn't, but a lot of work's been put in to give it an Alfa feel. Enough work to justify a test drive if you've a sneaking admiration for the Milanese marque? Absolutely. 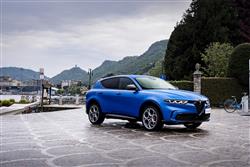 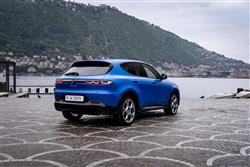 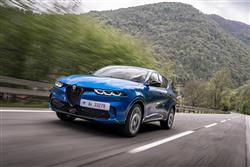 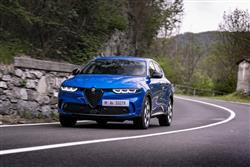 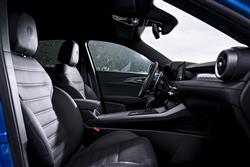