BMW's 6 Series Gran Turismo brings SUV, large estate and luxury saloon qualities to a package that offers executives something very different. There's nothing quite like it. Jonathan Crouch reports.

The BMW 6 Series Gran Turismo is a uniquely styled five-door executive car that certainly won't be for everybody but it is pretty unique. And a great deal more appealing than this model was in its previous 5 Series Gran Turismo guise thanks to smartened styling, improved efficiency, an updated cabin and extra boot space. Choose it over a 5 Series Touring estate if you want more generous rear legroom and extra exclusivity.

You might think that with its 7 Series luxury saloon, its huge 5 Series Touring executive estate and its X5 luxury 4x4, BMW had pretty much covered all the bases for well-heeled business-minded family buyers. Not a bit of it. The Bavarian maker also thinks there's room in the market for a model that combines the best bits of all these cars: long distance comfort, practical carrying space and purposeful elevated SUV style. It's called the 6 Series Gran Turismo. This car is a development of the old 5 Series Gran Turismo model that the Bavarian maker launched back in 2009 and like its predecessor, it aims to combine sports car looks with executive saloon space. This time round, the styling is longer and sleeker and there's more interior space and lighter weight. The xDrive 4WD system is standard on most models too. So how does it all stack up?

For our market, three engines are being offered - two petrol units and one diesel. Most buyers will choose the single diesel model, a 630d variant powered by a 263bhp 3.0-litre six-cylinder engine. The petrol options are the 630i and 640i derivatives, which use a 255bhp 2.0-litre four-cylinder turbo and more potent 335bhp 3.0-litre six-cylinder turbo respectively. The engines all feature the usual BMW TwinPower Turbo technology and all variants have to have an eight-speed Steptronic auto transmission with paddles as standard. The 2.0-litre four-cylinder petrol unit in the 630i Gran Turismo manages zero to 62mph in 6.3 seconds. The 3.0-litre six-cylinder in-line petrol engine in the 640i xDrive variant improves the sprint figure to 5.3 seconds. The 630d version accelerates from zero to 62mph in 6.1 seconds. BMW's xDrive four-wheel-drive system is available on all but the entry-level petrol model. All versions feature self-levelling air-suspension on the rear axle. Two-axle air-suspension plus adaptive dampers are available as an option. As usual with BMWs, there's a 'Drive Performance Control' system to adjust the car's settings according to the driving conditions. As well as an efficiency-minded 'ECO PRO' mode, the set-up has 'COMFORT' and 'SPORT' settings, while customers who choose the 'Adaptive' and 'Executive Drive' options that include adaptive damping add 'COMFORT+' and 'ADAPTIVE' modes to the Drive Performance Control selection.

In place of the lumpy, clunky looks of the old 5 Series Gran Turismo model, there's a more eye-catching profile this time round. The 6 Series Gran Turismo is 87mm longer and 21mm lower than its predecessor and 64mm of height has been shaved off the rear end to give the car a sportier stance. The A-pillars are much more heavily raked than before and the flowing roofline and sweeping side window design gives more of a coupe look. This model is 150kg lighter than its predecessor too. Inside, the cabin's more spacious. At the wheel, a raised seating position optimises the driver's all-round view and the dash is dominated by a freestanding 10.25-inch touchscreen for navigation, communication and infotainment functions, featuring optional gesture control, which allows certain functions to be operated with simple movements of the hand or fingers. These are registered by a 3D sensor in the centre console and translated into the relevant commands. Customers can also opt for the new-generation BMW Head-Up Display. The rear has three full-size seats and customers can opt for electrically-adjustable chairs where the backrest angle can be altered at the push of a button. Boot capacity has increased by 20-litres to 610-litres, while folding the 40:20:40 split rear bench increases space to 1,800-litres - a 110-litre improvement.

Prices start at around £47,000 for the 630i petrol variant, with the pokier 640i derivative (which comes only with xDrive 4WD) priced at around £54,000. The 630d diesel most will want is priced from just over £50,000 in rear-driven form, or at around £53,000 with xDrive 4WD. Think in terms of a premium of around £3,000 over an equivalently-specifed 530d Touring estate and you won't be too far out. As with the 5 Series, only 'SE' and 'M Sport' trims are being offered. Standard equipment across the range includes automatic climate control and a rear-view camera. Stylish 18-inch light-alloy wheels are standard on 'SE' variants and rims of up to 21 inches in size can be ordered. 'M Sport' models get specific 19-inch light alloy wheels, leather upholstery with exclusive stitching, plus illuminated door sill strips. A thumping 16-speaker 1,400-watt Bowers and Wilkins Diamond Surround Sound System can be ordered as option, whilst a panoramic glass roof is standard on 'M Sport' models and optionally available on the 'SE' variants. Camera-driven safety kit includes the 'Collision and Pedestrian Warning with City Collision Mitigation' autonomous braking system, while the list of options includes an improved version of BMW's 'Active Cruise Control' set-up, along with 'Lane Departure' and 'Lane Change Warning' technology, plus there's a 'Crossing Traffic warning' feature and systems that deal with potential hazards at crossroads, junctions and one-way streets.

While we remind ourselves that this is a car aimed squarely at the US and Chinese markets, it's worth remembering that it's also been engineered to pass the stringent Euro VI emissions regulations. The diesel cars have been treated to a whole slew of post-combustion processes, such as the fitment of a clever urea trap in the exhaust system to cut down on NoX emissions. The injection systems of the BMW petrol engines have also been incrementally improved, with even tinier holes that a fine mist of carefully measured petrol can be squeezed through, allowing for the car to be more efficient in its warm up cycle. Even the turbo waste gates are electronically controlled by tiny motors. Choose a petrol-engined 630i and you'll get 43.4mpg and 148g/km, which is a fair return for a car with 258bhp that's bigger than some central American republics. The 640i xDrive derivative manages 35.3mpg and 183g/km. The 630d version most will choose manages 57.6mpg and 129g/km in 2WD form - or 49.5mpg and 150g/km in xDrive guise. All variants are helped in their returns by Auto Start-Stop, Brake Energy Regeneration and the ECO PRO function to aid with economical driving. Advanced ancillary units, such as the on-demand coolant pump and the electronically controlled oil pump, further enhance intelligent energy management.

It's hard to fault the thinking behind this 6 Series Gran Turismo. You'd think, after all, that there would be a significant number of luxury saloon buyers wanting SUV-style road presence, plenty of SUV owners needing something a little less in your face and even a fairly large-sized batch of executive estate customers wanting something a little more interesting this time round. Now all of these people had options before this GT came along of course, but these always required compromising on the core values that each group held dear. In contrast, this BMW offers more of what they want with none of the concessions normally needed. Of course, there's always the danger that in trying to be too many things to too many people, you can end up pleasing nobody, but then this German brand has never been a company averse to taking a few risks. In this case, that's brought us a fascinating blend of upmarket class, refinement, and practicality that once more proves the Bavarians' mastery in making large heavy cars handle like much smaller, sportier ones. It's over long distances at high speeds though, that it really comes into its own. A Gran Turismo - just as BMW promised. 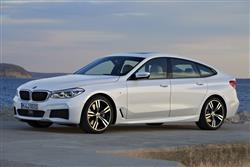 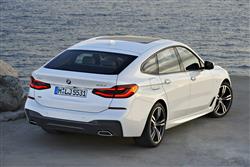 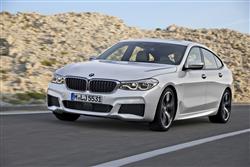 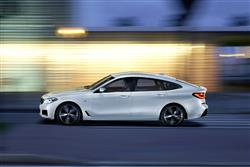 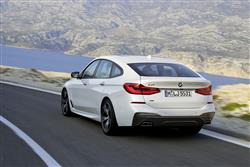 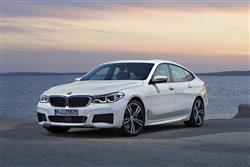 To find your nearest BMW branch, please enter your location.