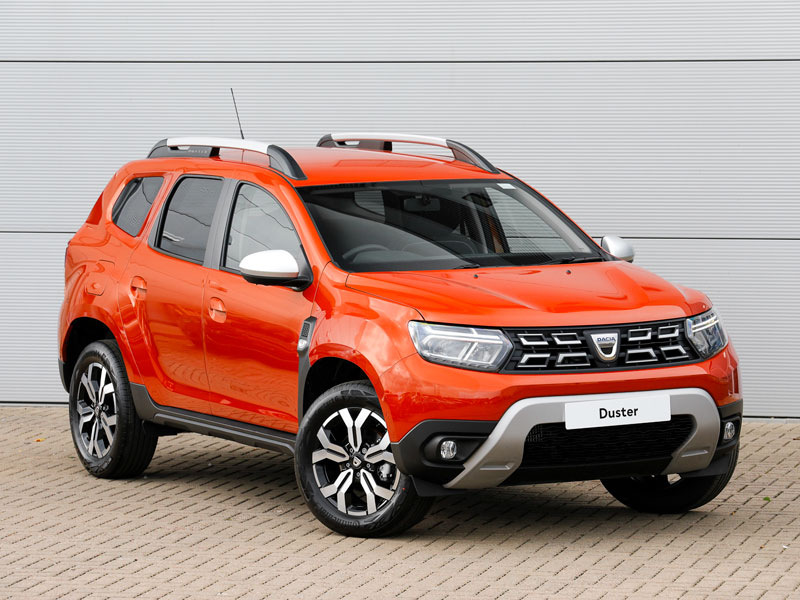 Available at Dacia branches
From £20,145
£288 Deposit
£288 Per month
Finance your car with PCP
Available to pre-order
Enquire now
WhatsApp

A new car for the price of a second hand one is always a tempting prospect and when it's as smartly styled and capable as Dacia's Duster, the concept becomes particularly appealing. Undercutting rival models in the small SUV segment by an enormous amount, this Romanian budget brand uses proven Renault engineering to create a very likeable product that could prove ideal as back-up family transport. This improved version of the second generation version gets more technology and a bit of extra polish; otherwise, the basic recipe's pretty much unchanged. Dig down the back of the sofa for some money and join the queue to try one.

The original 'HS'-series Duster SUV was the car that really built the Dacia brand. Launched in 2010, it was far better than any model in this class had a right to be for less than £10,000, but it did have a few rough edges - enough to keep some buyers in the compact SUV segment loyal to more established brands. You always felt that if this Renault-owner manufacturer could add a bit of extra quality, technology and polish to this value-orientated recipe, then it would be well set. Well, to some extent that happened when this second generation 'HM'-series Duster model was introduced in 2017, a car further embellished four years on with the mid-term update we look at here. There's a smarter look and a completely redesigned dashboard. And it's all been put together with a bit more love. Sounds promising.

Cut back on cost and you also cut back on expectations. Admit it - you didn't think the Duster was going to be any good at all to drive. It may well come as quite a surprise then, to learn that the market consensus in Europe, where this car has been a huge sales success, is that this Dacia has the sort of ride/handling compromise that would shame rivals many thousands of pounds more expensive. Engine-wise, first up is the 0.9-litre TCe 90 engine, a 90hp unit familiar from other compact Renault and Dacia models. It's a decent choice and can also be had in 'TCe 100 Bi-Fuel' LPG form If you need something a bit gutsier under the bonnet and want petrol power, there's also a more modern 1.3-litre TCe turbo petrol unit, available with either 130 or 150hp, the latter only available with EDC auto transmission. All other engines in the range have to be had with a manual gearbox. If you need more pulling power and extra economy, you'll be directed towards the 1.5-litre Blue dCi 115hp diesel, which is the only engine in the range that can be mated to 4WD - a rare thing to find on an affordable small SUV. The 4x4 set-up is Renault's usual Nissan-engineered three-mode system, selectable via a rotary controller in front of the gear stick. Most of the time you'll be in '2WD', but in wet or icy conditions, there's the peace of mind of being able to switch seamlessly to 'Auto' so that extra traction will automatically cut in when necessary. For mud-plugging meanwhile, you'll want to keep all wheels turning permanently by switching to the 'Lock' setting.

This second generation 'HM'-series Duster model has been on sale since 2017, so Dacia has decided that it's time for a mild update, which sees the adoption of smarter Y-shaped LED daytime running lights, which incorporate LED direction indicators and flank a redesigned 3D chromed radiator grille. The bumpers are also smarter and at the rear, there's a redesigned spoiler and fresh tailgate trim. Otherwise, things are much as before. A large, scratch-resistant front skid plate reinforces Duster's adventurer credentials. A high belt line adds to the impression of robustness and protection while the windscreen is quite steeply raked, which makes the cabin appear more spacious. The changes made inside are more significant; this no longer feels like such a bargain basement SUV. That's courtesy of much nicer upholstery, revised headrests, and a high centre console with a wide retracting armrest. The Duster also now offers two multimedia systems with an 8-inch 'Media Display' touchscreen with 'Android Auto' and 'Apple CarPlay' smartphone-mirroring. Of course, if you look for them, there are signs of cost-cutting, but everything's been decently put together. As for rear seat accommodation, well, there's actually more space here than you'd find in most compact SUVs, with reasonable levels of head, leg and shoulder room for two and, on shorter journeys, even for three. The boot's a decent size, offering 478-litres for the 2WD version and 467-litres for the 4WD variant. Fold the rear bench in the 2WD variant and you can fit in as much as 1,623-litres; with the 4WD derivative, it'd be up to 1,614-litres.

You'll find the Duster not only inexpensive to buy but similarly cheap to keep on the road. Let's get to the WLTP-rated figures. The base TCe 90 petrol model manages up to 45.6mpg on the combined cycle and 140g/km of CO2. For the TCe 130 4x2 variants, the figures are much the same. For the TCe 150 4x2 EDC auto version, you're looking at 44.8mpg and 142g/km. For the Blue dCi diesel 4x2 version, it's 57.6mpg and 127g/km. And for the Blue dCi 115 4x4, it's 53.3mpg and 139g/km. All Dacia TCe 100 models can also be ordered in LPG form, badged 'TCe 100 Bi-Fuel', featuring a 1.0-litre turbocharged dual-fuel powertrain combining petrol and LPG capabilities. As for peace of mind, well Dacia has chosen to cock a snook at the Koreans by - and I quote - 'deciding not to force buyers into paying a premium for a longer warranty they might not want'. You may disagree, but at least if you do, you've the option of extending the standard 3 year/60,000 mile cover with an affordably-priced five or seven year policy.

The affordable Dacia Duster SUV remains a refreshing change to the way that new cars are often a lot more expensive than perhaps they need to be, especially in fashionable market sectors like those for Crossover 4x4s. It's a trend manufacturers try and justify with high technology that's certainly very impressive but which many buyers neither appreciate nor really want. These are the people being targeted here by what continues to be a very clever package indeed, one that gives you almost everything you need - and nothing you don't. The things it can't offer - cutting edge handling, hi-tech equipment levels and a soft-touch trendy cabin - become irrelevant when you consider the asking price. A figure that in 4x4 models buys you off road ability that betters that of some rivals costing nearly twice as much. And in whatever guise you choose, you'll find a Duster smartly styled, practically finished and affordable to run. Enough to make it a better bet than a late, low mileage second hand Crossover/4x4 rival? Many will think so. 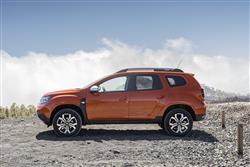 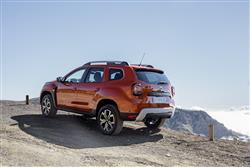 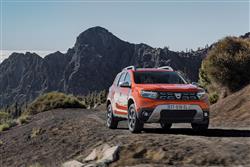 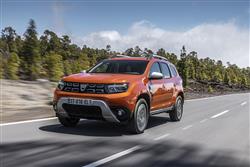 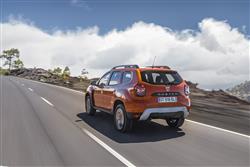 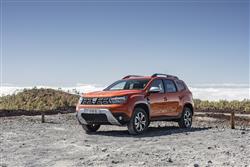