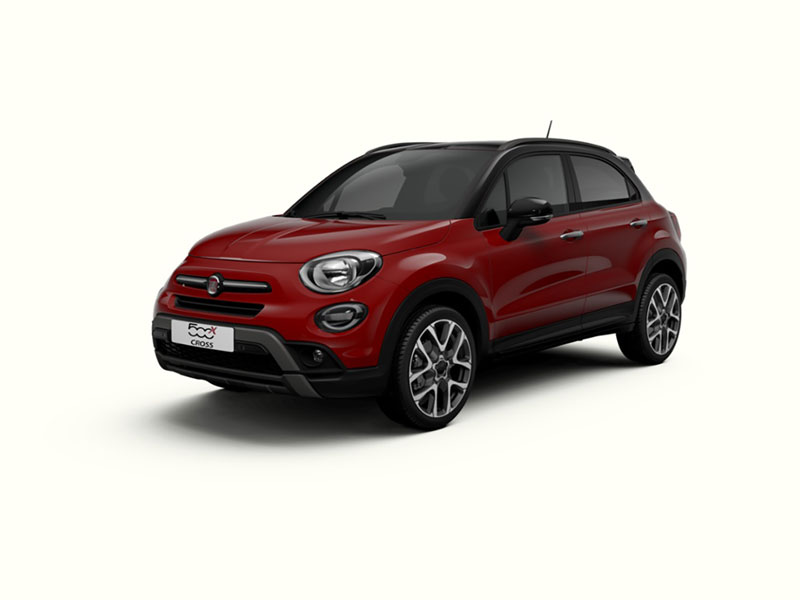 These days, every mainstream brand needs a small, trendy Crossover. Here's Fiat's take on the Juke-genre, the fashionable 500X. Jonathan Crouch reports on the revised model.

Fiat offers buyers in the small SUV segment an improved version of its characterful 500X Crossover model. It's bigger than it looks and there's a choice of efficient three and four cylinder petrol engines on offer, plus improved connectivity and a whole stack of personalisation options. You can even get a 'Dolcevita' open-topped version. If you're looking for a surefire conversation starter, you can't do a lot better.

It's easy to forget that Fiat actually has a history of small 4x4 cars. The Panda 4x4 first appeared over thirty years ago and has spawned many imitators. A decade or so back, Fiat also fleshed their all-wheel drive selection out with the Sedici, essentially a rebodied Suzuki SX4, that made modest but useful sales. In 2015 though, the company decided to get really serious about the SUV 'B'-segment and launch this 500X, here usefully improved. It's based on the same running gear as Jeep's cute but capable Renegade, but is available only in front-wheel drive guise and comes in standard or open-topped 'Dolcevita' forms.

Though the 500X continues to be based around Jeep Renegade underpinnings, quite a lot has changed with this car from an engineering perspective. Diesel engines are no more and you can't now get 4WD either. Instead, the range is primarily based around a latest-generation family of petrol engines - a three cylinder 1.0-litre unit (which only comes with manual transmission) and a four cylinder 1.3 (which only comes as a DCT auto). The 1.0-litre models will probably suit most customers best, this 120hp powerplant developing a more than sufficient 190Nm of pulling power and being paired with a 6-speed manual gearbox. In this form, this car is impressively refined at motorway speeds. Rest to 62mph in the 1.0-litre models takes 10.9s en route to 117mph. If you go for the four cylinder 1.3-litre unit (which has 270Nm of torque), your car will feature Fiat's 6-speed dual clutch DCT automatic transmission. As before, the ride on the move remains a touch on the firm side, but this does help to restrict body movement through the corners. Steering feel is well-weighted but not especially communicative.

There aren't too many small Crossovers with styling that gets an almost universal vote of confidence, but we really haven't chanced upon anyone who doesn't like the 500X. Designed in-house by Fiat's Centro Stile studio, this model not only has clear links to its siblings in the current 500 family but also to the iconic 1957 original, most notably when it comes to the large circular headlamps, the brightwork on the nose and the distinctive clamshell bonnet. Changes made to this revised model are relatively minor, including restyled daytime running lights and a tail lamp design that references that of the little 500 citycar. 'Cross' models get 'SUV'-style protective skid plates. Choose the alternative 'Dolcevita' open-topped model and you get a full-length canvas folding roof which can open in 15 seconds at speeds of up to 62mph. Inside with all variants, the cabin has been lightly updated in revent times, with a body-coloured dash fascia panel. As before, there's wrap-around bolstering and arm rests placed in the centre console and on the door trims to aid relaxed cruising. If you haven't checked out a 500X since its original launch, the key change you'll probably notice is the incorporation on all model's of Fiat's latest generation 7-inch centre-dash infotainment screen. This includes the brand's 'Uconnect LIVE' features - things like music streaming with Deezer and TuneIn, news from Reuters, connected navigation from Rom Tom LIVE and the option to keep in touch with friends via Facebook Check-in and Twitter. The back seat remains pretty snug but you get a decent 350-litre luggage compartment which can be extended using the Fold&Tumble rear seats and the fold-flat front passenger seat.

Now that Fiat only offers this car with its more modern 1.0-litre and 1.3-litre petrol engines, prices have risen, starting at just under £21,000, but that only gets you the base 'Connect' variant. Ideally, you'd want to stretch to something plusher - there's a choice of 'Connect', 'Cross' or 'Sport' trim levels priced in a span up to around £27,000. For a premium of around £3,000, Fiat also offers an alternative 'Dolcevita' body style, which gives you a full-length electrically folding fabric roof. Across all models in the line-up, equipment is pretty comprehensive. Even the base 'Connect'-spec gets you 17-inch alloy wheels, a 'Techno' leather steering wheel, a 7-inch Uconnect centre-dash infotainment screen with Apple Car Play and Android Auto smartphone-mirroring, manual air conditioning, cruise Control, Traffic Sign Recognition and a Lane Assist system. The 500X 'Connect' also comes with dark tinted rear windows, fog lights, LED DRLs, parking sensors and dusk and rain sensors. The 500X 'Cross' offers seats with a camouflage-patterned center panel and vinyl inserts, plus 19-inch alloy wheels, a roof rack and automatic air conditioning as standard. The 500X 'Sport' completes the range with 18-inch alloy wheels in burnished black, or optional 19-inch wheels, and exclusive matt Fashion grey livery. The Uconnect centre-dash infoptainment set-up fitted across the range offers real time traffic information and lane guidance, plus Google Play Music, among other music services. Furthermore, customers can stay in touch with Uconnect LIVE services. Users who download the free Uconnect LIVE app from the App Store or Google Play Store to their smartphone can fully exploit the benefits of Uconnect LIVE, including music streaming with Deezer and TuneIn, news from Reuters, plus connected navigation with TomTom LIVE. In addition, they can stay in touch with friends via Facebook check-in and Twitter.

The market for boutique small Crossovers such as the 500X isn't anything like as price sensitive as those of other small cars and cost of ownership figures consequently come a bit further down the priorities scale. Nevertheless, the 500X utilises engines from other Fiat Group models where buyers are putting the budget under a bit more scrutiny. The unit most UK buyers will choose, the 1.0-litre three cylinder petrol, returns some decent efficiency figures; netting up to 45.6mpg on the combined cycle with emissions of up to 140g/km. For the 1.3-litre auto variant, it's up to 44.1mpg and the CO2 return best is 145g/km. You can also do your bit on the frugality side in this model, thanks to the clever 'eco:Drive LIVE' system that's built into the centre-dash infotainment screen. Fiat says it's a bit like having a personal trainer on board. This electronic coach isn't looking to fight the flab, but instead is looking to trim your figures rather than your figure; specifically those for fuel and CO2 efficiency. Earlier versions of the 'eco:Drive' system did this by monitoring your driving style, then producing a report you had to download onto a USB stick, then view on your home PC - which was all a bit nerdish. Here, it's all done with live assistance, analysing your driving in real time and making suggestions instantly displayed on the dash-mounted UConnect infotainment screen. Every model in the range is covered by a three-year, unlimited mileage warranty and there's 36 months of breakdown cover included as well. Should you have a problem on a journey, you can use the 'Uconnect' infotainment system to contact roadside assistance and the same set-up can also be used to book routine services.

The 500X hasn't sold as well as it should have for Fiat, but there's still time for the Italian brand to turn that around. The package of changes visited upon this revised model should help. The slow-selling diesel and 4WD models have been dropped and buyers are now at last treated to a properly efficient range of modern petrol units. We're a little disappointed that prices are no longer quite as affordable as they once were, but what you're now getting is a far more class-competitive product that has more than a dash of Italian flair. Indeed, we continue to think that this car sets a template for how a retro-style citycar shape can be expanded into something more family-sized. In short, this car deserves a place on your small SUV shortlist. 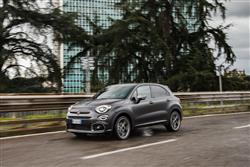 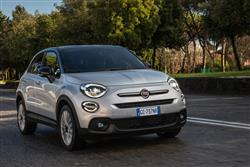 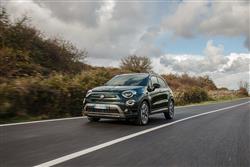 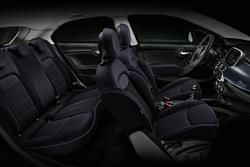 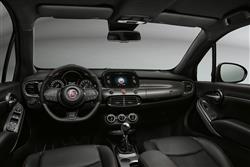 This vehicle is available at Fiat branches.