Available at Hyundai branches
From £17,930Save £665 on current list price
£239 deposit
£239 per month
Finance your car with PCP
Enquire now

The Hyundai i20 started slow but has built up genuine momentum. This third generation version looks to keep that trajectory arrowing upwards. Jonathan Crouch reports.

The third generation version of Hyundai's i20 has been usefully improved. No longer merely a budget choice, it now has the quality, the efficiency, the technology and the looks to square up against the supermini class leaders. Plus it's still got one of the best after-sales packages anywhere in the car industry - and pricing hasn't got too ambitious. In other words, if you're shopping in this segment, here's a car you shouldn't leave off your shortlist.

We're used to hearing success stories from Hyundai, but in recent years, there's one important market segment this Korean company has found something of a struggle: that for superminis. The company's i20 model has always aimed to rectify that oversight, but the MK1 and MK2 versions (introduced respectively in 2009 and 2015) have had limited success in this regard. This third generation design aims to do better, aided by a much more eye-catching design and the introduction of a clever mild hybrid 1.0-litre T-GDi petrol powerplant. Like its predecessors, it's been developed following a German-based product development programme and a demanding testing schedule on roads right across the Euro zone. This one, in other words, really is designed precisely for us.

Various engines are being offered with this car in other markets but here, we only get a single unit - a 1.0-litre T-GDi petrol powerplant with 100PS and a 48-volt mild hybrid powertrain. This system harvests energy that would otherwise be wasted under deceleration and can redeploy that power to reduce load on the engine. This car is offered with either a freshly developed 6-speed manual gearbox or 7-speed 7DCT auto transmission. The 'iMT' manual 'box is interesting, featuring an electronic clutch able to decouple the gearbox from the engine when coasting to save fuel. With that stick shift, 62mph takes 10.4s en route to 117mph. The i20 has always made great play of being designed by Europeans, in Europe for European conditions, so it's no surprise that buyers of this model have always liked the way the car drives. With this MK3 version, the steering system (as before) is a brushless a/c electric motor-driven steering set-up that offers a really tight turning radius - which should make the car easy to navigate in town. Excellent forward visibility is enabled by the slim front A-pillars. Hyundai says that it's concentrated on keeping the steering light and direct, which should further help in an urban environment. This and the wheel-at-each-corner design makes each extremity of the car easy to position and it ought to be simplicity itself to park. Just as a supermini should be.

This third generation i20 supermini is the first of the Korean company's European models to feature its so-called 'Sensuous Sportiness' design language. That means sharper body surfacing, more dynamic-looking front and rear bumpers, a completely re-styled radiator grille and the addition of more angular headlights (which feature full-LED beams on top variants). The wedgier side view of the single five-door body shape offers a bolder side character line and a unique C-pillar design. It's a slightly bigger proposition than its predecessor, being 5mm longer, 30mm wider and sitting 24mm lower. Inside, there's a much smarter-feeling cabin with more soft-touch textured plastics, a re-designed four-spoke steering wheel and a fascia design broken up by horizontal slates that run the width of the interior and blend into the air vents. As you'd expect, infotainment has been upgraded, top versions gaining a 10.25-inch centre-dash touchscreen and a digital instrument binnacle panel. Lesser versions stick with analogue gauges and an 8-inch centre monitor. Either way, 'Apple CarPlay'/'Android Auto' smartphone-mirroring is standard-fit. This MK3 model's 10mm wheelbase length increase has freed up a little extra rear seat space. And boot capacity has risen too - by 25-litres to 351-litres, which is a significant 48-litres more than you'd get in a Fiesta.

There's now a single five-door body style and pricing's now a little higher than before, sitting mainly in the £19,000 to £23,500 bracket, which positions this car towards the upper end of the supermini segment. These figures underline the fact that Hyundai no longer feels the need to pitch its products against bargain brands. There are three trim levels - 'SE Connect', 'Premium' and 'Ultimate'. In each case, there's a premium of around £1,250 if you want the 7-speed DCT auto gearbox rather than the standard 6-speed iMT manual. As for equipment levels across the range, well Hyundai isn't holding back. Upper-spec models get a 10.25-inch centre-dash AVN touchscreen and a digital instrument cluster of the same size. Wireless charging is now a fresh option, as is an 8-speaker premium BOSE audio system. This MK3 i20 now comes with Hyundai's Bluelink technology which offers a wide range of Connected Car Services that provide live information and the control of the car via an app. Safety's been upgraded too. There's now an eCall feature that automatically connects you to the emergency services when the airbags are triggered. As with the previous model, camera safety kit includes autonomous braking (FCA with pedestrian detection), plus Driver Attention Warning, High Beam Assist, Intelligent Speed Limit Assist and Lane Keeping Assist. In addition, Blind-spot Collision-avoidance Assist Warning (BCA) uses radar to monitor rear corners and, if another vehicle is detected, a visual alert appears on the exterior mirrors. And Rear Cross-traffic Collision Assist (RCCA) sounds a warning in case of the risk of a rear collision from crossing vehicles while reversing.

The 1.0-litre T-GDi petrol engine's 48-volt mild hybrid system contributes to a 3-4% reduction of fuel consumption and CO2 emissions this time round. In terms of transmission, the 48-volt system is available with a seven-speed dual clutch transmission (7DCT) or a newly developed six-speed 'iMT' 'Intelligent Manual Transmission'. iMT decouples the engine from the transmission after the driver releases the accelerator, allowing the car to enter into a coasting mode for saving fuel. Thanks to its weight reduction of 4% compared to its predecessor, the MK3 i20 offers very competitive CO2 values, helped of course by a standard 'Idle Stop and Go' engine stop/start system. Let's get to the WLTP figures - 55.4mpg on the combined cycle and 115g/km of CO2 for the manual; and the same for fuel and 117g/km for the auto. That's with base 'SE Connect' trim. The five year unlimited-mile warranty is still a huge drawcard for this car. Imagine you bought a Hyundai i20 and your neighbour bought a Fiesta and you both sell your cars after three years. Anyone buying the Ford would be on their own, whereas the Hyundai buyer would be able to transfer the residual two years of the warranty. As well as the warranty, Hyundai also offers annual health checks on the i20 for five years - and five years' worth of roadside assistance. There's an additional ten year anti-perforation warranty for the bodywork. You can also choose a three or five year fixed price servicing plan if you really want to take the nasty surprises out of ownership.

One statistic tells you a lot about this i20: 88% of existing owners buy another, a figure almost double that of typical rivals in this segment. Evidently then, people like it once they've tried it. You can see why. Certainly it's hard to think of a supermini that would be easier to live with than this one. Few others are more practical or better built and though pricing's crept up a little, this car remains affordable to buy. To these sensible virtues, this third generation model adds smarter shape and a bit of extra technology. Of course, it isn't perfect. There needs to be more than just a single engine option; we'd like to have seen the option, for instance of the full-Hybrid powerplant that Hyundai offers in its Kona small SUV. Overall though, if you can find a car in this class that makes more sense when you add together all the really important attributes that families look for in a supermini in this segment, then you'll be doing very well. These are, after all, times that, more than ever, call for sensible decisions. Like purchase of an i20? If you're target market for this car, you might well think so. 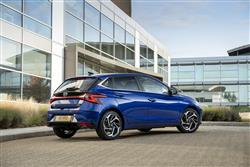 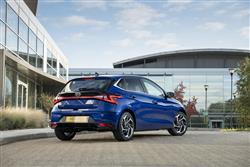 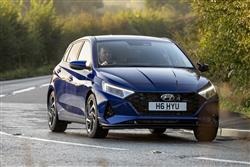 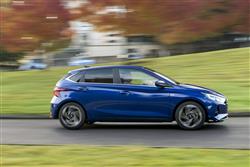 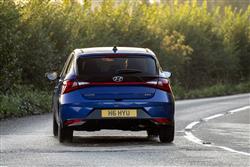 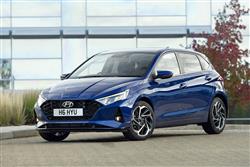