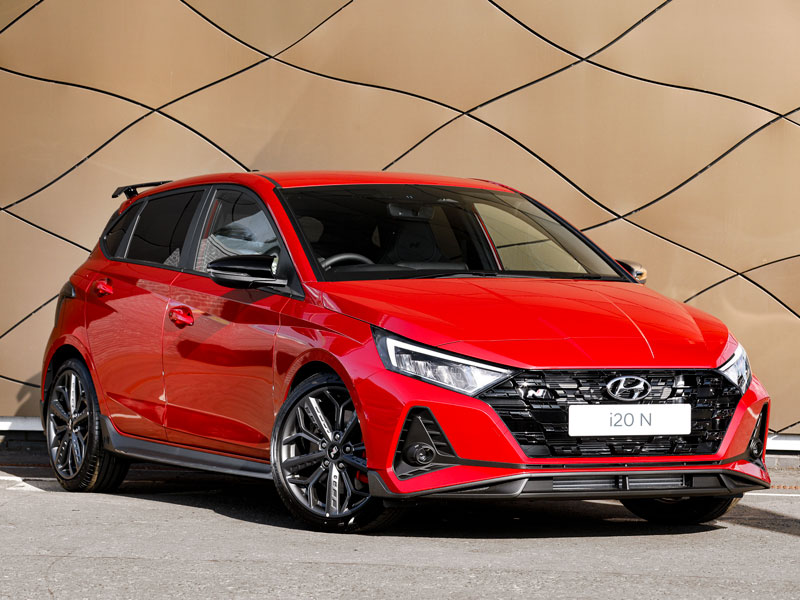 Hyundai looks to have scored another direct hit for its N performance division with this i20 N. Jonathan Crouch takes a look.

If you like your small hatches serious and spicy, Hyundai's wild i20N will be right up your street. Compared with the Madras served up by its Fiesta ST arch-rival, it's a bit more Vindaloo, but if you think that's what a shopping rocket supermini should really be about, you'll like this one very much indeed.

Performance branding can sometimes be a disappointment - names like CUPRA and DS spring to mind. But Hyundai's N Series of uber-fast hatches has proved to be anything but. Masterminded by former BMW M Series boss Albert Biermann, credibility for the Korean maker's hot hatches has been achieved remarkably quickly. Things kicked off in 2017 with a car we really liked, the i30N, which got closer to unsettling the Golf GTI than we ever thought it would. That model's now been followed up with two more, the Kona N small performance crossover; and the subject of this review, the i20N, a ballistic supermini-on-steroids aimed directly at the small fast hatch champion, Ford's Fiesta ST. The Hyundai N recipe is a familiar one by now. Take the standard hatch; stiffen it up a bit; insert a bigger, gutsier engine. Then remove the wheels, brakes and suspension and replace with circuit-tuned parts. Finally, season with a bit of madcap visual drama. Which clues you in for what we're in for with this i20N.

All the right figures display on paper here for fully paid-up membership of the frantically fast section of the hot hatch supermini sector. There's a 1.6-litre four cylinder turbo engine developing 204PS and 275Nm of torque - pretty much what you'll get from a rival Ford Fiesta ST. The i20N's performance figures near-replicate those of that Ford too; rest to 62mph in 6.7s (the ST is 6.5s) on the way to 143mph. But those stats don't really deliver the full story here. For that, you'll need to press the potent-looking blue button next to the airbag cover. One press gives you Hyundai's standard dynamic pre-sets; two presses gets you your own preferred settings from the cheesily-named 'N Grin Control' system. There are three each for engine response, steering weight, ESC intervention and the rev-matching function, plus you can alter the bassy note of the big-bore exhaust; brilliant. There's even a driveline option for left foot braking. Get all this right and you'll get yourself a really engaging tarmac tool. More engaging than a rival Fiesta ST? We'll need to try both cars - and try them back to back to see, but early impressions suggest that this Hyundai runs the ST close. More surprisingly, given the madcap looks, it's also a match for its Ford counterpart when you're not in the mood to make the most of the superb corning grip enabled by the standard limited slip differential. Despite the firmer suspension with its new springs, dampers and roll bars, commuting in this car wouldn't be the bone-shaking exercise in endurance that rally replicas of this kind often tend to subject you to. The 6MT manual gearbox has been refined and reinforced to cope with higher revs and torque - and the standard Launch Control system. So, there you have it: almost right first time. Just like the i30N. The Hyundai N division success story continues.

Perhaps wanting to do something a bit different to the understated look championed by rivals, Hyundai has given this i20N a fully fledged 'Max Power'-style World Championship Rally demeanour - as you could say it's entitled to do given its WRC manufacturer status. You certainly won't lose this car in the Long stay car park. There's a proper roof-mounted wing, rather than the usual subtle spoiler; a serious-looking lower diffuser; red pinstripes that decorate the circumference of the bodywork; and a glossy black front grille, though which you glimpse the huge greater intercooler necessary to calm the throbbing turbo. Just as important is the stuff that's less obvious; the 18-inch wheels shod with custom Pirelli P Zero tyres. The bespoke rear bumper with its big bore exhaust. And a five-door bodyshell that's reinforced in no fewer than 12 places compared to a standard i20. There are serious statements of intent inside too, with proper race-style bucket seats that might not be quite as supportive as the Recaros in a Fiesta ST but look better with their stitched leather bolsters and matching headrests. Hard plastics are well hidden around the fascia and the driving position is difficult to fault. The N-branded firmly contoured steering wheel feels brilliant in your hands. And through it, you view a 10.25-inch digital instrument cluster, with everything else you need to know on a centre screen of the same size. Access to the rear of this five-door-only model is fine by supermini standards and a couple of adults will be fine there for short-to-medium trips. The boot meanwhile, swallows a very acceptable 352-litres. So yes, you could justify this piece of indulgence to your other half.

If you happen to be cross-shopping with that rival Ford Fiesta ST model we keep mentioning (as many prospective i20N customers will be), then at first glance, this Hyundai might look a little pricey at around £25,000. The ST, after all, starts at around £22,000. But look closer. Hyundai only offers one fully kitted-out version of this car (learning from its experience with the i30N when it offered a cheaper base variant that hardly anyone bought). The Fiesta ST-3 variant you'd need to match this i20N's kit list would set you back nearly £27,000. This Korean contender is certainly well equipped. There's 18-inch alloys and a full body kit. While the cabin gets race-style heated bucket seats, a 10.25-inch instrument cluster display and a central infotainment screen of the same size, which is where you access the many performance pre-sets of the Hyundai 'N-Grin Control' system. And of course the usual navigation, 'Apple CarPlay'/'Android Auto' smartphone-mirroring and DAB audio features. Safety kit includes 'AEB' 'Autonomous Emergency Braking', with pedestrian and cyclist detection. Plus Lane Keep Assist, Lane Departure Warning, Blind Spot Warning, Rear Cross Traffic Alert and Lane Follow Assist. All of it's standard.

You don't choose a ballistically fast hot hatch in search of economy, but Hyundai has done what it can here. The 1.6 T-GDi engine utilises Hyundai's new Continuously Variable Valve Duration (CVVD) technology to try and optimise fuel efficiency. The CVVD regulates the duration of valve opening and closing according to driving conditions, achieving a boost in performance and three per cent improvement in fuel efficiency. The best possible fuel efficiency you could conceivably get with this car is theoretically around 40mpg on the WLTP combined cycle. The official figures are 40.8mpg and 158g/km of CO2. But if you get anywhere near that on a regular basis, then you probably shouldn't have bought this car in the first place and it deserves a better home: you know where I am. And as usual with Hyundai, as with all i20s, you get one of the best customer assurance plans in the industry. The Five Year Triple Care warranty includes five years of mechanical cover with no mileage limit, annual vehicle health checks and roadside assistance.

Appearances can be deceptive. On paper, in price and power terms, the i20N seems to be aimed directly at Ford's Fiesta ST. Then you set eyes on this Korean shopping rocket and it instantly seems far more 'Max Power', far more hard core than the uber-confident little Ford. It can't be a usable commuting tool in the way that Fiesta is - can it? But the i20N is - in fact, it's arguably better. Yet is just as good at delivering when the road starts twisting and you feel like stretching its legs. When you do that, you get a rawer, more aggressive thing - and you'll need to be ready for that - but this is motorsport tuning you could live with. In this day and age - on the roads you drive, with the life you live - do you really need more of a performance car than this? Yes, there are elements of this Hyundai that aren't quite as polished as its Ford arch-rival. But these are the things that make it what it is. And if you like what it is, you'll like it very much indeed. 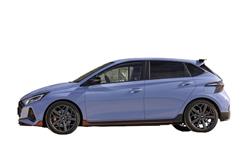 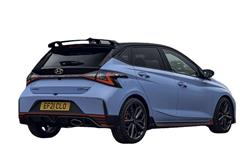 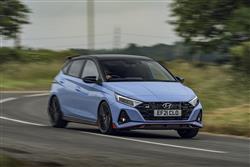 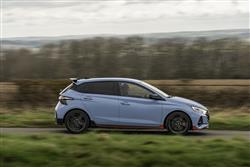 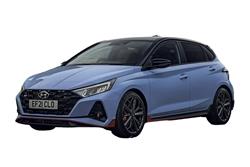 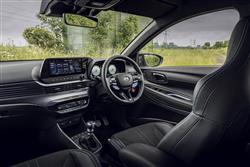