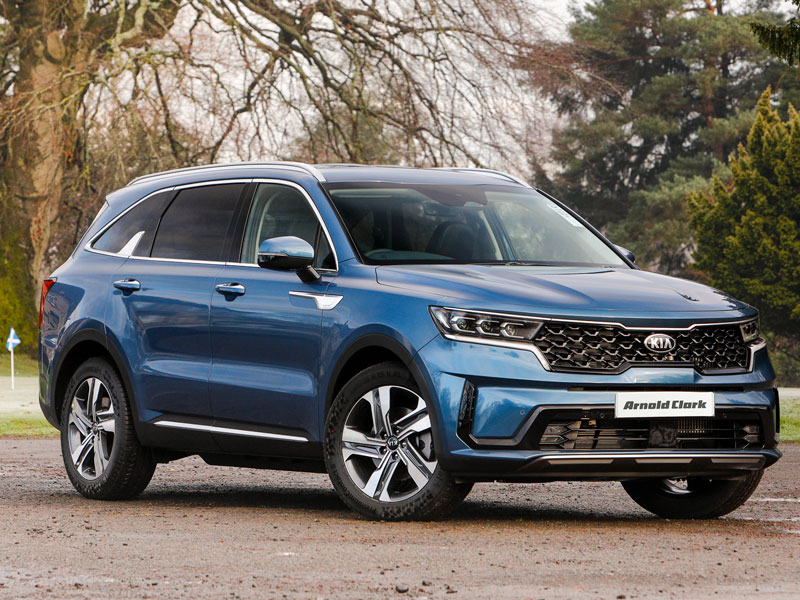 The Sorento is Kia's largest SUV and this fourth generation model offers the kind of typically complete package we now expect from the brand. This enhanced design is embellished by electrified engine tech, smarter looks and advanced media connectivity. And as before, it sells in the upper part of the SUV 'D' segment, offering more space and 4x4 prowess than cheaper class contenders provide.

Kia doesn't really adhere to the normal conventions of car manufacture. The South Korean company wants to get places fast, so its product planning is accelerated, compressed into Matrix-style bullet time. Cars are launched, facelifted and replaced in half the time of many manufacturers. Take the Sorento. It first appeared way back in 2002 with a crude old ladder-framed chassis. The 2010 MK2 replacement car got with the programme, slicker to look at and based on the more car-like monocoque chassis that 'D'-segment SUV buyers by then wanted. It's 2015-era MK3 replacement refined that recipe, but it's this MK4 design that really takes it forward. Here, we're going to tell you how.

Up until now, virtually all Sorento models have been sold here with diesel power, but Kia wants that to change. A conventional diesel engine is still offered in this MK4 model, an uprated 'Smartstream' version of the previous 2.2-litre four cylinder unit, this time with 202PS and 440Nm torque transmitted to the tarmac through an 8-speed auto transmission. The brand is hoping though, that a significant number of customers will consider the new alternative, a 'Smartstream' HEV hybrid electrified powertrain, pairing a 1.6-litre T-GDi petrol engine with a 1.49kWh lithium-ion polymer battery pack and 44.2kW electric motor. The total output produced by this combination is 230PS with 350Nm torque and power is sent through a six-speed auto gearbox via a transmission-mounted electrical device, allowing the full power of the engine and motor to be transferred in parallel with minimal loss of energy. The result is immediacy in acceleration response at any speed, with direct access to available battery power at higher speeds. You can also ask your dealer about a Plug-in Hybrid petrol variant, which mates the 1.6-litre T-GDi petrol engine with a larger 90PS electric motor powered by a 13.8kWh battery pack, generating 270PS and a allowing this variant to offer WLTP-rated 35 mile pure electric driving range. Kia has put a lot of work into this car's monocoque-based platform to improve refinement and lower body vibrations. There's also enhanced all-terrain capability thanks to a new Terrain Mode. Paired with the optional all-wheel drive system, Terrain Mode makes the Sorento more capable in mud, snow and sand.

Kia says the styling here was inspired by its huge US-market Telluride SUV: well it's been toned down a little for us Europeans but still looks more confident and assertive than previous generation models. The front of the Sorento evolves with a new interpretation of Kia's hallmark 'tiger nose' grille, displaying a wider shape which organically wraps around the integrated headlamps on each side. In profile, the new model is 10mm longer than its predecessor (now 4,810mm), yet it features shorter front and rear overhangs. Inside, you get one of the highest quality interior spaces found in any Kia to-date, fitted with premium-quality materials and cutting-edge infotainment. The dash is based around twin digital displays, a 12.3-inch digital driver instrument cluster twinned with a 10.25-inch touchscreen infotainment and navigation system (in 8 or 10.25-inch sizes) at the centre of the fascia. Features like mood lighting, embossed satin-effect surfaces and a high-end BOSE surround audio system add to the premium feel. There's more leg and knee room in the second row, but where you really feel the benefit of this MK4 model's extra 35mm of wheelbase length is in the optional 3rd seating row this car has long offered. It's still an area of the car primarily meant for kids but now adults can be more comfortably accommodated on shorter trips. Boot space is improved two (by 32% with all three rows in place) and there's up to 821-litres in 7-seat variants with both rear rows folded.

The days are unfortunately long gone since the Sorento was offered at really affordable pricing but if you add up the value proposition here against rivals, this Kia can still look decent value. Prices start at around £40,500 for a base '2'-spec HEV petrol model - add around £2,500 to that if you want the alternative 2.2-litre '3'-spec CRDi diesel. The PHEV Plug-in model prices from around £46,500 and is available with all the trim levels. Depending on specification, the cabin incorporates Kia's latest 10.25-inch touchscreen infotainment system (in 8 or 10.25-inch forms), offering audio-visual navigation, and a smart 12.3-inch high-resolution digital instrument cluster. The Sorento also offers Kia's innovative UVO Connect telematics system, connecting drivers by providing invaluable information via the in-car touchscreen and on their smartphone. Featuring Kia Live services and accessible through the optional 10.25-inch LCD widescreen, the system displays live traffic information, weather forecasts, points of interest, and details of potential on and off-street parking. The infotainment system also allows Bluetooth smartphone pairing for two phones concurrently, enabling separate phones to be used for, for instance, phone calls and music, while front passengers can also plug in their mobile devices via two USB chargers. Key options - fitted further up the range include a head-up display, a powerful 12-speaker BOSE surround-sound audio set-up and a 64-colour Mood Lighting system.

The new 1.6-litre T-GDi Hybrid engine features Kia's latest Continuously Variable Valve Duration (CVVD) technology, regulating valve opening time according to driving conditions, instead of operating on a fixed opening time. This boosts performance at low-to-mid engine and enhances fuel efficiency. The WLTP figures are 40.9mpg on the combined cycle and 158g/km of CO2. If you've really an eye for the bottom line though and can afford a higher asking price, the Plug-in Hybrid petrol version will appeal, with its 35-40 mile all-electrified driving range. The conventional CRDi diesel version returns similar WLTP figures to the previous generation model - 42.2mpg combined and 176g/km of CO2. The PHEV plug-in variant with its 13.8kWh battery pack drops that CO2 figure to just 38g/km. What else? Well residuals will be important, figures that have gradually improved as Kia's standing in the market has improved. Used values will be continue to be propped up by the brand's excellent seven year warranty arrangement given that, unlike some other programmes, it's fully transferrable to second owners. This promise of trouble-free motoring may be enough to tip the balance for many potential customers. And you can keep maintenance costs down by opting for either of Kia's 'Care-3' all-inclusive servicing packages that provide inflation-proof servicing costs for the first three or five years of the vehicle's life.

This fourth generation Sorento tells us a lot about the way Kia is developing as a brand. It undercuts its Hyundai Santa Fe design stablemate on price and its extra polish and cleverness now make choosing this car a more credible option for buyers who simply don't need the dynamic advantages on offer from the much pricier Land Rover and German-branded models you might be tempted by in this segment. Plus, as ever with this car, while those familiar with the Amalfi coast might still feel the Sorento to be lacking an R, a glance at the spec sheet doesn't immediately suggest it to be lacking much else. In short then, for all kinds of reasons, this is now a contender you'd like - rather than merely one that would be very handy to have. The kind of SUV that might surprise you. As increasingly, modern Kias tend to do. 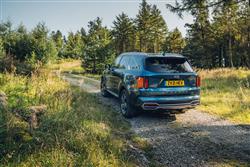 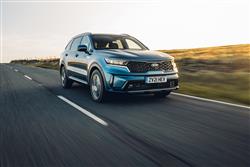 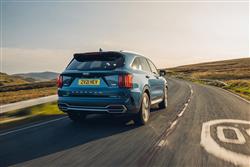 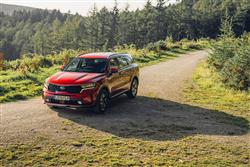 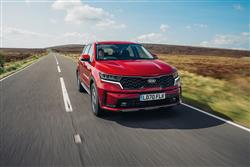 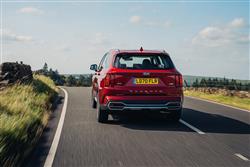