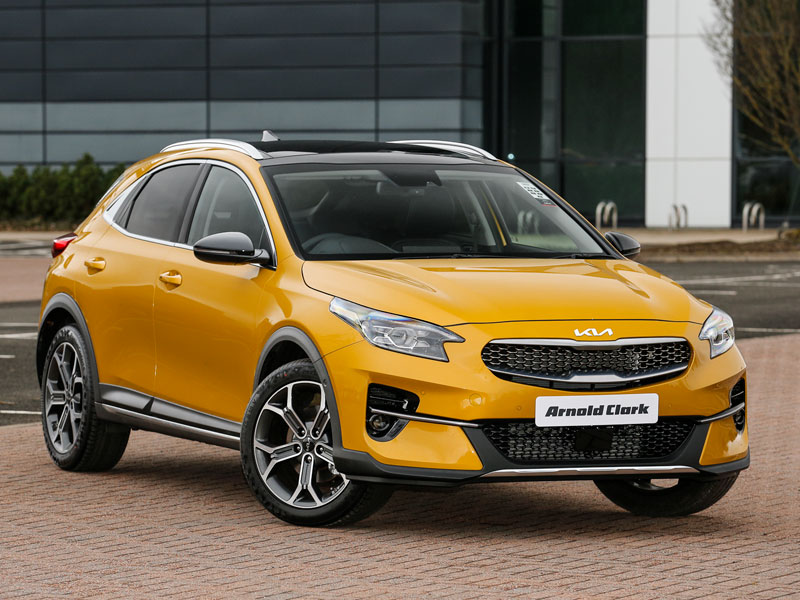 Like the idea of a really cleverly engineered Kia XCeed? There's quite a premium to pay for one with Plug-in hybrid tech. Is it worth it? Jonathan Crouch takes a look at the revised version.

Kia's XCeed PHEV delivers plug-in hybrid technology to the mainstream part of the mid-sized SUV segment - and that's still a relatively rare thing in this class. This revised model still features the usual plug-in model draws - a fantasyland official fuel figure, a tax-busting CO2 reading and a 36 mile WLTP electrified driving range. But as usual, there's a premium price to pay for the technology and packaging compromises to make.

Where other brands are struggling to bring any Plug-in hybrid models to the volume part of the 'Qashqai-class' SUV 'C'-segment, Kia offers two, PHEV versions of the Niro and, as in this case, the XCeed crossover. Both use the same powertrain we first saw in the Hyundai IONIQ back in 2018, notably chiefly because, unlike other compact plug-in cars, it uses a conventional dual clutch automatic gearbox, rather than a 'rubber band' e-CVT set-up. To opt for the PHEV version of this XCeed, here usefully revised, you've to accept quite a price premium, a weight penalty and compromises in interior packaging. Can the plug-in drive advantages here compensate? Let's find out.

This XCeed PHEV continues to use a 1.6-litre petrol engine which works in tandem with an 8.9kWh lithium-ion battery mated to a 44.5kW electric motor. The powertrain's total power and torque output are figures are 139bhp and 265Nm - which aren't huge figures given that the plug-in system adds 115kgs of extra weight. Which is why this car won't feel especially quick; even if you select the available 'Sport' drive mode, 62mph from rest still takes 10.6s and top speed is just 99mph. But all may be forgiven if you're able to take regular advantage of this car's all-electric fuel-free driving range - WLTP rated at 29 miles. Kia claims that this XCeed will be able to get closer more regularly to this figure than some other PHEVs for two reasons. The first is the provision of a particularly effective regenerative braking system for harvesting kinetic energy and charging the battery. The second is the use of a dual-clutch automatic gearbox with proper mechanical cogs, rather than the usual 'rubber band' e-CVT automatic normally fitted to Plug-in hybrid models. This more conventional auto 'box allows the full output of both the engine and motor to be transferred in parallel through the transmission, with minimal loss of energy. With this revised model, not much has changed with regard to ride and handling, though Kia says it's improved the ride over poorer surfaces by adding front hydraulic rebound stoppers. These rubber bump-stops float in hydraulic fluid, absorbing even large suspension shocks with a smooth and progressive response, preventing the body from bouncing as the suspension settles itself after rapid compression. A change to spring rates helps in this area too - they're now 7% softer at the front and 4% softer at the rear than a normal Ceed. Steering feel has received some attention too: the electronic control unit governing the power steering motor has been tuned to deliver a quicker initial response to driver inputs, though Kia has also made response slightly lighter to reduce driver fatigue on longer journeys and at low speeds.

You'd have to be fairly familiar with the standard XCeed to recognise this PHEV version as being in any way visually different. The eagle-eyed will notice this plug-in variant's closed 'tiger-nose' grille at the front (which aids aerodynamic efficiency) and the distinct 'eco plug-in' exterior badges. Plus of course there's the addition of a charging port, integrated into the left front wing of the car. As for the changes made to this revised version, well the front grille has been restyled, as have the LED headlamps that flank it, plus there's a restyled front bumper and air intake design. The 18-inch alloy wheels draw attention to the ground clearance - which is 182mm. Otherwise things are much as before. Wheel arch and side sill cladding, along with satin chrome roof rails, lend the car a tough presence. Inside, there's a 'sportier' driving position and a 10.25-inch central screen linking into 'Kia Connect', a system that links drivers to the world around them by providing invaluable information via the in-car touchscreen or through the Kia Connect app. Featuring Kia Live services and accessing through the vehicle's infotainment system, Kia Connect uses its own eSIM card to retrieve and update live data during a drive. The centre-dash display can show relevant information relating to the powertrain, displaying remaining charge levels in the battery and energy usage graphics. The Korean maker claims that the adoption of the PHEV powertrain has had a 'minimal impact' on packaging, but that's not quite true. Most plug-in models manage not to reduce rear seat space over their conventional counterparts but here, the way that the system's battery is located beneath the rear bench pushes the seats slightly up and forward, fractionally reducing leg room. Like virtually all PHEVs, boot space is reduced too - in this case falling by 135-litres to 291-litres - which is not far off the sort of capacity you might get from a supermini.

The XCeed PHEV comes only with mid-level '3' spec and costs around £32,500. To give you some perspective, that's about £7,000 more than you'd pay for an equivalently-specced conventional 1.5 T-GDi petrol version of this model. For further perspective, we'll tell you that a Kia Niro EV would cost you a few thousand more than this XCeed PHEV. The '3' grade features 18-inch wheels and a sophisticated 10.25-inch central monitor, plus there's privacy glass, heated front seats and dual-zone air conditioning. Black cloth and faux leather upholstery features, as does an automatic defog system and an auto-dimming rear view mirror. Also tick off LED bi-function headlights and a 7-speaker sound system, cruise control with a speed limiter and a reversing camera. Plus you get the 'Kia Connect' range of online services so that you can interact with your XCeed via a provided smartphone app. Safety kit includes Lane Keeping Assist, High Beam Assist, Driver Attention Warning, a Speed Limit Information Function and 'Forward Collision-Avoidance Assist - City and Pedestrian' autonomous braking.

Let's start with the WLTP-rated fuel and emissions figures you'll need; 201.8mpg on the combined cycle and 32g/km of CO2. In its EV mode, the Kia XCeed Plug-in Hybrid is capable of travelling up to 36 miles and takes 2 hours and 15 minutes to recharge the battery pack to 100 per cent using a 3.3kW AC charger. Plus your Benefit-in-Kind taxation exposure will fall to just 10%. This PHEV model also features a range of extra functions to enhance usability for owners looking to extract the most out of the electrified powertrain. There's a charging indicator, a visual aid that can tell you that the car is charging or when the battery is fully-charged. Its location on top of the dashboard means drivers can instantly ascertain the car's state of charge at a glance from outside the car (for instance, when it is parked on the driveway at home and the owner hasn't left the house yet). The 10.25-inch touchscreen infotainment and navigation system incorporates extra functionality to help owners locate available charging points in their vicinity, or en route to their navigation destination. Owners can also use the touchscreen system to schedule when their vehicle should charge when plugged in at home, enabling owners to take advantage of cheaper off-peak energy tariffs, if available. As usual with Kia, there's a 7 year or 100,000 mile warranty which, since it can be passed from owner to owner, should help the impressively strong residual values. You might want to note that roadside assistance cover is limited to one year, but you do get a long 12 year bodywork warranty.

It made no sense for Kia not to offer XCeed buyers this PHEV powertrain, having already developed it for the Niro, which in turn borrowed it from its cousin, the Hyundai IONIQ. Whether though, the plug-in set-up makes quite as much sense as an option at the top of the XCeed range is another question. Some things about this PHEV model's engineering set standards for other brands - like the move away from baulky CVT transmission to a smoother conventional auto gearbox. And some things don't - like the compromises in rear passenger comfort and boot space. Of course, if the substantial BiK tax savings that'll come with XCeed PHEV ownership attract you, then a few small practicality compromises might not matter. If the finance deal is right, you might not even care too much about this variant's premium price tag. But we still think that there's room for improvement here. And if Kia's meteoric rise over the last decade has taught us anything, it's that we won't have to wait too long to get it. 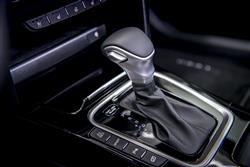 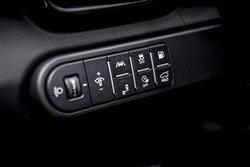 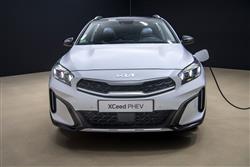 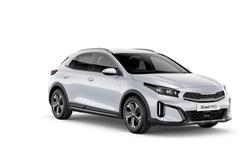 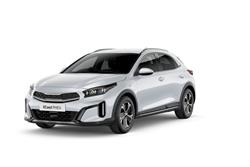 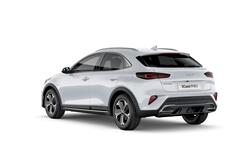