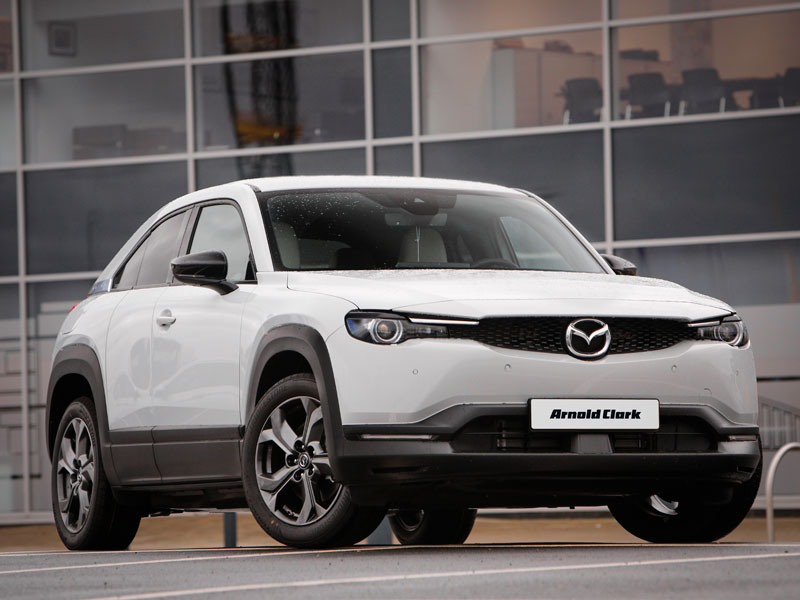 Mazda enters the full-EV market with this MX-30. Jonathan Crouch reckons it offers something a little different.

Mazda's first all-electric production vehicle, the MX-30, is predictably a Crossover. It's been conceived and created with the brand's well-renowned focus on distinctive styling, innovative technology, driver focused dynamics and class-leading interior quality.

Think Mazda and you think of engine technology - maybe the brand's famous rotary units or, more recently, its famed SKYACTIV-X powerplant tech. But can the company bring anything different to a full-electric powertrain? Well it's time to see because here, we're looking at its introductory EV, the MX-30, with its Zero Emissions SKACTIV-e powerplant. The MX-30 is, says Mazda, the EV for people "who don't want to sacrifice driving pleasure" when choosing an electric car. Staying true to the 'Jinbai Ittai - car and driver as one' ethos - found across Mazda's combustion engine range, it's been engineered to drive more dynamically than any other car in its segment.

Mazda has chosen to give this car a relatively small 35.5 kWh battery (the same size as the one in the tiny Honda e), so you shouldn't be expecting the kind of driving range you'd get in established EV compact models like the Renault ZOE. It's just 124 miles. Still, for the urban-based folk Mazda thinks will be most attracted by this model, that may not be too much of an issue. You'll be able to eke it out easily though because instead of all the power (140hp) arriving all-at-once (as it does in most rival EVs at this price point), Mazda has engineered the torque delivery to be more linear, which makes the car easier to adjust to for those from a combustion background. The Japanese maker provides steering wheel paddles to enable driver adjustment of the brake regeneration rate - everything from very light retardation when you release the throttle to so much retardation that the car virtually stops on its own every time you come off the accelerator. The car also offers an artificial sound to indicate either acceleration or deceleration. Handling should be taut, thanks to a very rigid body structure, made possible by a bracing ring placed around the low-placed Panasonic battery pack. And to Electric G-Vectoring Control Plus (e-GVC Plus), which enhances chassis performance by using motor torque to optimise the front-rear load shift for improved stability.

The dimensions here are virtually identical to Mazda's CX-30 compact Crossover but this MX-30's styling is a slightly different expression of the brand's usual so-called 'Kodo' design theme, here apparently "emphasising the car's beauty as a solid mass". You'll be intrigued by the 'freestyle doors' (some unkindly call them 'suicide doors') - seen previously on Mazda models like the RX-8 - which are hinged unconventionally; the front doors open forward to an angle of 82 degrees, while the rear doors open backwards to an angle of 80 degrees. Peer in and you'll note the open spaciousness of the cabin and what is quite a stylish and driver-focused interior. Inside, the sense of space is enhanced with a floating centre console that sits independently from the dashboard, while the use of environmentally-friendly materials has been carefully matched to meticulous quality and finish. Leather is replaced by a vegan alternative. The lower console incorporates a 7-inch colour touch-screen air conditioning control panel, and (in a nod to Mazda's founding as the Toyo Kogyo Cork Company in 1920), the Mazda MX-30 features cork lined centre console trays and inner side door handles. Harvested from the bark of trees without felling, the use of cork and door trim materials that incorporate fibres from recycled plastic bottles aim to be perfectly suited to the ethos behind Mazda's first pure electric production car. The boot is 366-litres in size - or 1,171-litres with the rear seats folded. You'll get a little less than that in each case if you specify the optional Bose audio system upgrade.

There are four trim levels on offer. Things kick off with the base 'SE-L Lux' variant, which costs £27,045 once the available £1,500 government grant has been subtracted from the initially mildly alarming £28,545 full asking price. Next up is 'First Edition' spec, then plusher 'Sport Lux' and 'GT Sport Tech' variants, with prices topping out (after deduction of that government grant) at just under the £30,000 mark. Available with a choice of free-of-charge 'Ceramic Metallic' or 'Polymetal Grey Metallic' single colours, the 'First Edition' can also be ordered with either £950 three-tone 'Ceramic Metallic' or £1,250 three-tone 'Soul Red Crystal Metallic'. The three-tone design further marks out the MX-30's unique styling with a brilliant black roof and metallic grey upper side panels to contrast the 'Soul Red Crystal' or 'Ceramic Metallic' main body colour. Inside, the 'First Edition' variant features light grey cloth and stone leatherette upholstery combined with orange seat stitching. Standard interior equipment includes a windscreen projecting head-up display, an 8-way electric adjustable drivers' seat, a colour 7-inch TFT dial display, a leather-wrapped steering wheel and chrome trim accents. As you'd expect the MX-30 First Edition comes with the Mazda Connect centre-dash infotainment system, including navigation, plus 'Apple CarPlay' and 'Android Auto' smartphone-mirroring, while the technology tally also includes Mazda Radar Cruise control and a driver's knee airbag. The latest camera-driven safety elements also feature, including 'Smart Brake Support' autonomous braking and 'Intelligent Speed Assist', which can adapt your velocity according to posted speed limits.

The quoted 124 mile driving range puts this Mazda at a disadvantage to quite a few of its similarly-priced rivals, cars like the Kia e-Niro, the Hyundai Kona Electric and the Renault ZOE. All of those models can go further on a single charge - but cost significantly more to buy. Customers ordering an MX-30 'First Edition' will qualify for a free wall box home charger, while the car is equipped with both a Type 2 mode 2 charge cable for 3-pin plug charging and a Type 2 mode 3 charge cable for AC charging via home or public charge points. Additionally, the DC socket allows for rapid charging up to 50Kw. In this charge mode a charging time of 30 to 40 minutes can deliver up to 80 per cent battery charge. We should also mention the warranty, the usual unremarkable three year / 60,000 mile package. If you want to extend that, you can do so via optional 'Essential', 'Elite' and 'Complete' plans. Included in the standard package is a three year paintwork warranty and 12 years of anti-perforation cover. In addition, there's a 'Mazda Accident Aftercare' scheme which sees the company liaise with your insurer after an accident, making sure that you have access to a courtesy car if you need one and ensuring that all repairs are carried out to full Mazda standards.

It'll be interesting to see if EV buyers in this segment agree that a relatively compact battery pack (which means a relatively compact range figure) is the way to go in this sector. Mazda, like Honda and MINI, thinks it is but if you disagree and want more driving range in a Mazda of this sort, the brand is currently working on a Wankel-powered REX MX-30 model to satisfy you. But that'll be a fair bit pricier - just as the competitor models in this class are that can go significantly further on a single charge, cars like the Renault ZOE and the Kia e-Niro. That may be extra range you don't really need. Plus neither of those cars are as good to drive or as well finished inside as an MX-30. So we can see the appeal here. You might too. 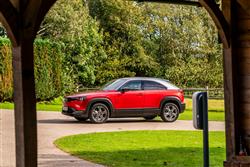 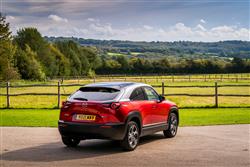 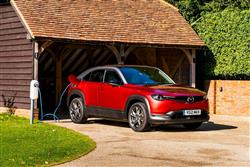 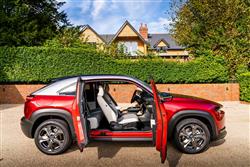 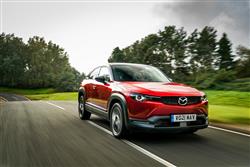 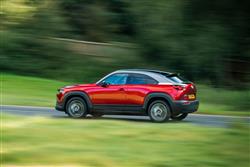