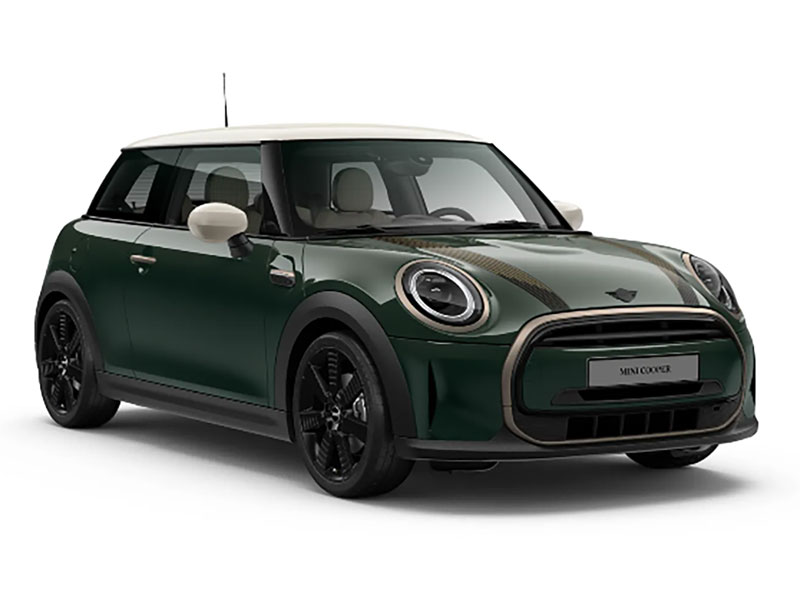 The latest MINI Cooper reprises an old theme but adds polish. Can it still play the entertainer? Jonathan Crouch reports.

For an object lesson in how to improve a model, look no further than this latest MINI Cooper. Fresh technology, smarter connectivity, the option of adaptive damping for the first time and some extra personalisation alternatives; what more could you ask for? Lower pricing? It's good to know that MINI isn't utterly infallible.

Following a vehicle as successful and as adored as the original Mini Cooper was always going to be a tough task but judged in terms of sales, BMW's rebooted 21st century MINI Cooper has to be judged a success. We've rapidly evolved to this third generation design, originally introduced in 2014 and here usefully improved in facelifted guise. While it's gradually become smarter and slicker, the Cooper can't afford to lose any of its likeability. As a warmish sports hatch, this one ought to be able to shift stock purely on the way it drives, but let's get real. This car's as much about design as dynamics. The key themes in developing this current Cooper have been to retain the look while improving quality, refinement and efficiency. Some smart technology has crept in which is sure to be popular. Although it looks much the same, be under no illusions: this latest model is a massively improved vehicle.

The key update with this most recently revised model is that it's now possible to order it with adaptive damping - an important option given this car's go-kart-like firm ride, especially with larger wheels. Otherwise, it's as you were, all based on a chassis that's BMW's clever UKL1 platform, which also underpins a number of front-wheel drive BMW models. The Cooper's 1.5-litre engine puts out 136hp and develops peak pulling power from just 1,250rpm, helped by a tiny turbocharger. It even sounds good and BMW's engineers have worked at giving this version the sort of mid-level throttle response that you'd expect of a normally-aspirated engine. The sprint from zero to 62mph takes 8.0 seconds in either manual or auto guises. The manual has a neat trick up its sleeve though, namely automatic rev matching for smoother downshifting. The multilink rear suspension achieves decent bump absorption and supple body control, thanks to a layout that helps ride compliance without sacrificing roll stiffness. That's a win-win for the keen driver. MINI says that minor changes have been made in recent times to this unit's TwinPower Turbo Technology, improving engine electronics, oil supply, intake air ducting, the cooling set-up and the exhaust system. Perhaps most significant though is the news that the brand offers a proper dual-clutch auto gearbox for those wanting a self-shifter, this now a 7-speed unit.

The MINI Cooper Hatch rides on some quite dinky little 15-inch forged alloy wheels, which have low weight and excellent aerodynamics. If you think that is entirely too much tyre sidewall to be going on with, you can specify rims of up to 18 inches in diameter as options, but do bear in mind that the car's ride will suffer as a result. The styling of this revised model doesn't look all that different, but close inspection will reveal a range of subtle updates. The front-view is dominated by a larger radiator grille with a black, hexagonal surround, flanked by the hallmark round MINI headlights. The position lights have been replaced by vertical air inlets to optimise aerodynamics and the central bumper strip is now in body colour, rather than black. The wheel arch has new contours, the side indicators have been redesigned to feature LED technology and at the back of the car, the fog light is now integrated into the rear apron as a narrow LED unit. Otherwise, this third generation MINI 3-Door Hatch retains the basic overall body shape that we all know and love, with its squat, purposeful look, helped by the tapered glasshouse. It's a touch larger than you might expect inside too - or at last it is provided you haven't been consigned to a rather cramped seat in the back: if that's an issue, you ought to be considering the alternative five-door version of this model - or perhaps the MINI Countryman SUV. Still, access to the rear isn't too bad and the rear bench seat splits 60:40. Boot volume is a supermini-like 211-litres. There's also decent interior stowage space, with cupholders and storage cubbies. Interior updates include the standardisation of MINI's largest 8.8-inch centre touchscreen display and Piano Black high-gloss surfacing. Chrome elements have been significantly reduced throughout the interior with the two outer air outlets framed by black panels. The internal air vents have been completely redesigned and are now embedded to be flush with the interior surface. Plus the sports leather steering wheel has been redesigned and conventional analogue instrument dials have been replaced with a digital display.

There are three trim levels on offer here - 'Classic', 'Sport' and 'Exclusive'. You'll pay from just under £20,000 for the MINI Cooper 3-door hatch in 'Classic' form, with about £1,500 more necessary if you want automatic transmission. That's a lot more than a Cooper used to cost with this body shape, but it isn't too much of an exorbitant sum for such a quick and capable car. Equipment levels feature items such as ambient lighting, auto headlamps and wipers, ISOFIX child seat fixings front and rear and Bluetooth. The MINI hatch buying proposition has always been about tailoring the car to your personal tastes, so you might well indulge in extras like body stripes, a John Cooper Works spoiler and contrasting mirrors. You can also choose from technology such as a head-up display, a MINI Navigation System, MINI Connect telematics and traffic sign recognition. The MINI Touch Controller allows you to write individual letters that the system then recognises when you're trying to input a sat nav destination for instance. MINI has standardised its bigger 8.8-inch central colour infotainment touchscreen, plus auto headlamps and wipers and two-zone automatic air-conditioning. Options include a new multi-tone roof. And heated front seats, a panoramic glass roof, a visibility package including windscreen heating, rain sensors, automatic light control, a Harman Kardon hi-fi speaker system and a sports leather steering wheel. You can also spend your money on Park Distance Control, electrically heated and folding exterior mirrors, and an automatic anti-dazzle function for the interior and exterior mirrors. As you can see, the base retail price is just an opening gambit.

The latest MINI Cooper 3-Door Hatch registers a respectable fuel economy - expect between 51.4mpg and 55.4mpg, depending on wheel size and transmission choice. Emissions are rated at 126g/km for manual models - a decent showing for a car offering this kind of performance. An innovation lies with the MINI Driving Modes, another optional extra. Using a rotary switch at the base of the gearstick or selector lever, drivers can swap from the default MID mode to either SPORT or GREEN. The three choices offer a set-up which is either performance-oriented, comfort-biased or geared towards fuel efficiency. The latter includes a coasting mode when the driver removes their foot from the accelerator pedal. MINI Driving Modes also influence the ambient lighting, shift characteristics of the automatic transmission and the Variable Damper Control - if that extra cost option is selected.

So this improved Cooper 3-door hatch is smarter and slicker, with more of the juvenile design elements removed as the car matures. So has it lost some of its cheekiness and charisma? Maybe. The MINI is no longer a car that seems to occupy its own niche. It's been too profitable for that and many others have muscled in as a result. This Cooper model more than makes up the difference with an engine that's tuneful and revvy. Couple that with decent efficiency and a sharp chassis and it's hard to argue that this latest Cooper hasn't improved by a useful degree. Its rivals have played a high stakes game but MINI has just laid down some more aces. 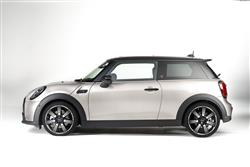 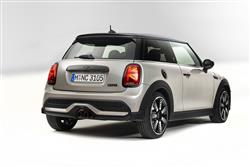 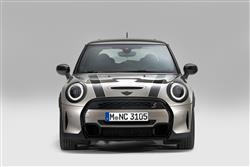 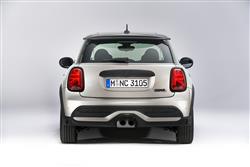 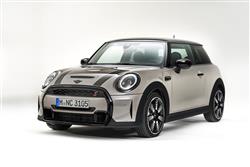 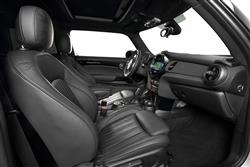