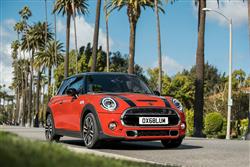 To find your nearest MINI branch, please enter your location.