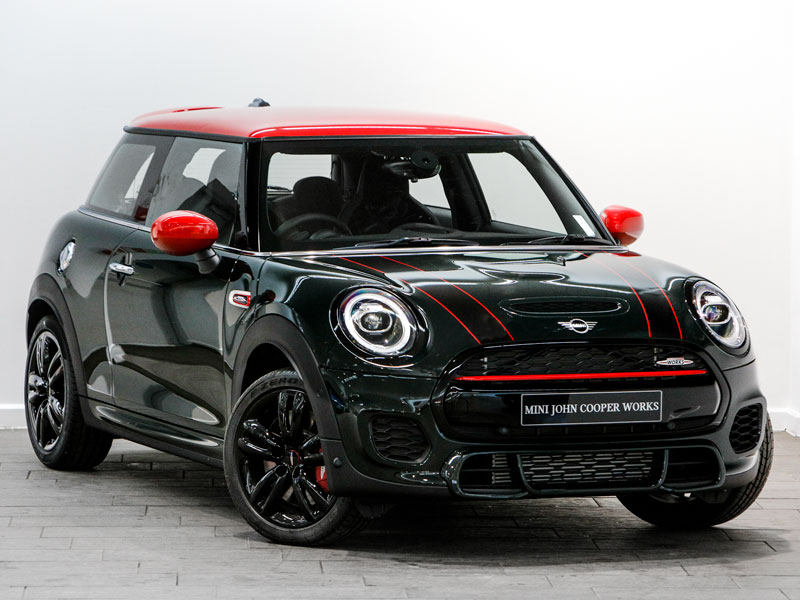 Available at MINI branches
From £32,035
£1999 Deposit
£459 Per month
Finance your car with PCP
Available to pre-order
Enquire now
WhatsApp

The improved MINI John Cooper Works hot hatch gets a slightly sharper look and extra equipment. As before, it delivers a potent 231hp output. In addition, there's a chassis that has been forensically fettled, lots of the JCW good stuff inside and a price tag that's far from unreasonable.

It's not often that a car manufacturer allows you to buy one of its most powerful engines in its smallest car, so when the stars align in just such a fashion, it's time to sit up and take notice. That's exactly what MINI is offering in its John Cooper Works three-door hatchback and anything with the JCW badge attached to it tends to be a wild ride. So, if you've grown a bit weary of hatches that have piled on the weight and which, as a result, need around 300hp to put a smile on your dial, you might want to have a look at what the MINI JCW offers - especially in this recently revised form. It's a very beguiling blend of rawness and refinement that isn't even particularly expensive when viewed in the context of its key rivals.

Against the clock, the latest JCW's 2.0-litre 231hp turbo four punts it to 62mph in just 6.3 seconds if you want to guide a stick round the six-speed gearbox, or just 6.1 seconds if you entrust the new 7-speed Steptronic auto 'box to do the gear changing. Flat out it'll hit 153mph. In a MINI. We'll let that number sink in for a moment. A key change with this revised model is the new option of adapative damping, a useful box to tick if the car will be used for commuting duties as well as performance driving. The suspension and the electromechanical power steering have been tuned to allow drivers to exploit the JCW's extra power and torque, and there are some fantastic four-piston Brembo brakes within 17-inch JCW alloy wheels although practically every owner is going to option in the JCW 18-inch alloys. Dynamic Stability Control (DSC), Dynamic Traction Control (DTC), Electronic Differential Lock Control (EDLC) and Performance Control allow drivers of all abilities to get thrills without too much white-knuckling. Dynamic Damper Control adjusts both rebound and compression settings in the dampers and is an option that you might want to tick if your route to work takes in a variety of surfaces and you'd prefer to be able to switch between Comfort and Sport modes.

The JCW orders a supersized serving of styling, and although they will have you on first name terms with your chiropractor, the bigger 18-inch wheels do look utterly ace. Of course, MINI claim most of the external changes are absolutely functional in terms of aerodynamics but if we're honest with ourselves, we like them because they look good. This lightly revised model gets a slightly larger radiator grille, but otherwise, the look is much as before. Smart LED headlights continue to mark out this car and, as before, the JCW gets a model-specific front apron with large engine air intakes, distinctive side sills, a custom rear apron and a John Cooper Works spoiler. The interior gets the requisite sports makeover too, with bucket seats with integrated headrests in Dinamica/fabric, a multi-function steering wheel with shift paddles (in conjunction with Steptronic transmission), gear selector, instrument displays, stainless steel pedals and footrest and metallic sill finishers. As part of the most recent revisions, MINI's largest 8.8-inch central infotainment screen is now standard There's reasonable interior stowage space with various cupholders and storage cubbies. But rear seat space is predictably tight. And the boot's total capacity is just 211-litres, so you'll need to pack light.

Prices start at just over £27,000 for this JCW model in 3-Door Hatch form, with just under £1,400 more for Steptronic auto transmisssion. There's also a Convertible version available if you want it. These kinds of asking figures might sound quite a lot for a MINI but when compared to similar rivals, they're really not too bad. Suspension technology has certainly moved on from the days when 200PS through the front wheels was a bit of a handful. Now, you need to add at least 100PS to that figure before the engineers start running into problems. Equipment levels are generous, as you'd expect for a range-topper. New kit additions on this revised model include Piano Black exterior and interior trim, Dinamica Leather John Cooper Works Bucket Seats and 17" Track Spoke Alloy Wheels in Black as part of the standard specification. As well as the big wheels, sports seats and classier interior finishes, the JCW gets a DAB stereo, air conditioning, Bluetooth and keyless start. As part of the most recent revisions, MINI has standardised its bigger 8.8-inch central colour infotainment touchscreen, plus auto headlamps and wipers and two-zone automatic air-conditioning. This being MINI, there's a huge amount of personalisation options, so you might well indulge in body stripes, technology such as a head-up display, MINI Navigation System, MINI Connect and traffic sign recognition. Standard safety fittings include front and side airbags as well as curtain airbags for the front and rear seats, automatic passenger airbag deactivation and front and rear ISOFIX child seat mounts along with all the driver handling aids.

These days, this model uses a cleaner Euro6d-Temp engine. There aren't too many petrol-powered cars we can think of that can top 150mph and return almost 42mpg. To be specific, the combined cycle figure for the manual JCW Hatch 3-Door manual model is up to 41.5mpg (42.8mpg in auto form) and the CO2 return is rated at up to 155g/km for the manual (the auto is up to 150g/km). The MINIMALISM suite of environmental technologies include a shift-point display function on manual cars, brake energy recuperation and need-oriented control of the fuel pump, coolant pump and other ancillary units. It's all very clever.

The original stab MINI had at producing a John Cooper Works 3-Door Hatch version of its old second generation MINI Hatch model is fondly remembered - an absolute masterstroke. It was everything proper drivers would demand; fast, well-balanced, fun and it was clearly engineered by people who knew what they were doing. It was the perfect riposte to those who'd held fast MINIs to be all about style rather than substance. The replacement post-2015 vintage JCW 3-Door hatch has only built on that reputation, delivering more of everything. The pricing still looks reasonably keen for what you get and it's hard to argue with the efficiency of the JCW when meeker rivals can't get close to its economy and emissions figures. The only real fly in the ointment might be the styling, but that's a third generation MINI thing, not something specific to the JCW model. Still, that's a subjective issue for you to make your mind up about. When it comes to making all the right numbers, the JCW just hits bullseye every time. What was the old line? "Come at the king, you best not miss." 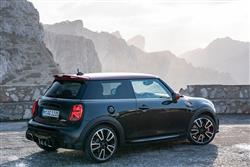 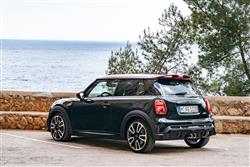 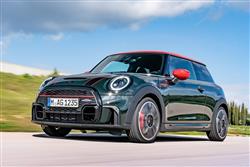 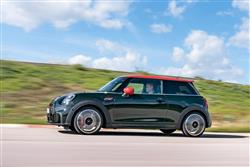 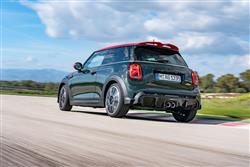 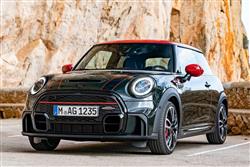