Pricing starts at just over £25,000 and runs up to just over £30,000 and there's a choice of three trim levels - 'Iconic', 'S Edition' and 'R.S. Line'. There's a £1,300 premium to go from the TCe 140 engine to the E-Tech hybrid unit. All versions get a decent standard of media connectivity, with the expected 'Apple CarPlay' and 'Android Auto' smartphone-mirroring systems, plus over-the-air infotainment screen updates and live traffic updates. Other standard features include adaptive cruise control, an active emergency braking system, lane keeping assist and a traffic sign recognition system. At the top of the range, as mentioned, sits the sporty 'R.S. Line' trim-level that Renault thinks a lot of Arkana customers will want. Variants trimmed in this way stand apart with a front splitter, red coachlines, black alloy wheels and a more aggressive rear bumper that incorporates a pair of chrome exhaust outlets. Inside, Arkana 'R.S. Line' models get contrasting red stitching on the seats and steering wheel, a black headliner, aluminium pedals, special red-striped seat belts and carbon-effect coverings for the dashboard and door cards. Across the range, customers can choose from various cosmetic extras, such as a contrasting black roof, three alloy wheel designs in either 17-inch or 18-inch rim sizes and seven body colours - including an 'R.S. Line'-exclusive 'Valencia Orange' paint finish. 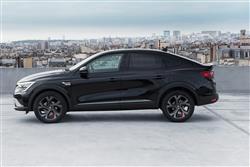 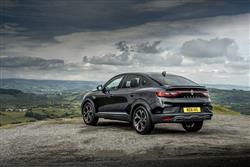 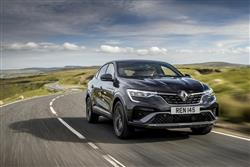 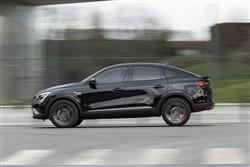 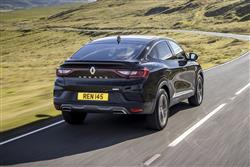 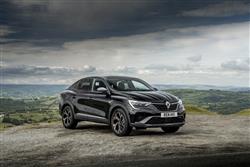