Available at Renault branches
From £33,770Save £725 on current list price
£1999 deposit
£429 per month
Finance your car with PCP
Enquire now

Renault's fastest Megane delivers thrills that are as big as ever. Jonathan Crouch reports.

Renault continues to retain its place amongst the hot hatchback elite with this revitalised Megane R.S. The headlines include a 4Control 4-wheel steering system, plus a powerful 1.8-litre engine putting out 300hp. There's a five-door bodystyle and you can get paddleshift auto transmission if you want it too. As before, there's a choice of a standard model with a 'Sport' chassis and a track-ready 'Trophy' variant with a stiffened 'Cup' chassis, options that present buyers with an interesting choice.

We British love our hot hatchbacks. While other European nations are left cold by the prospect of a compact family car that could make a Ferrari look silly on a race circuit and reach licence confiscation territory a matter of seconds after idling at the traffic lights, UK buyers go crazy for anything with the right mix of letters like G, T, R, V and S in its title. Renault has capitalised on this fascination better that almost any other manufacturer in recent years, its Dieppe factory churning out a whole series of Renaultsport models which have hopped across the Channel to beguile the UK's enthusiasts. This third generation Megane Renaultsport is the latest in that line. Most class-leading hot hatches - Golfs, Focuses and so on - are great because they build on the established dynamic excellence imbued into the standard models upon which they are based. In contrast, for all its many virtues, an ordinary Renault Megane would, you'd think, never be a car likely to sire something sensational. Yet with this Megane R.S. the Dieppe division engineers claim to have managed to deliver just that. Have they worked their magic once more? Let's find out.

Under the bonnet, the 1.8-litre engine in the standard model now develops 300hp, the same as in the top 'Trophy' version. It remains the world's most powerful 1.8-litre unit, offering 390Nm of torque. Through the corners, you'll be able to get all that grunt onto the tarmac a little more easily thanks to standard '4CONTROL' four-wheel steering that aims to ensure stability at high speeds and agility at low speeds. At high speeds, the front and rear wheels turn in the same direction, limited to a one degree angle for the rear wheels. At low speeds, the front and rear wheels turn in opposite directions up to a maximum angle of 2.7 degrees. The ride's surprisingly good too (for a hot hatch), thanks to all round hydraulic bump stops that also enable optimum control of tyre-ground contact. In the manual model, 62mph from rest takes 5.4s en route to a 163mph maximum. What else? Well the option of an Efficient Dual Clutch (EDC) auto gearbox is available, alongside a manual transmission. And two different types of chassis are on offer - 'Sport' (in the standard model) or 'Cup' (in the Trophy variant). There's also an even more focused Trophy variant, the Trophy R which is aimed at trackday regulars. The Sport chassis provides easy sporty driving, whilst the Cup chassis offers greater, more focused performance for track and fast road use. If you favour the 'Cup' set-up, you're the kind of buyer who'll probably be interested in the 'S. Monitor Expert' system that allows drivers to film their track sessions and overlay telemetry data to create augmented reality videos that can later be analysed on a provided 'R.S. Replay' website.

Some previous Renaultsport products have looked rather Max Power, a boy racer image that customers with around £30,000 to spend would generally rather avoid. Hence a look that's classier than anything the French brand has yet provided to the hot hatch market. There's a single five-door bodystyle, though with enough styling changes to make it feel a very different product, both inside and out. In your driveway, it'll certainly appear purposeful. The front bumper incorporates a Formula 1-style blade, a wide air intake and a diamond-patterned front grille. At the side, extractor vents are located behind the front wheels. And at the back, there's an aggressive lip spoiler with body-colour vertical mountings designed to generate greater downforce. Plus there's a rear bumper incorporating a centrally-positioned exhaust pipe and a working diffuser designed to negate lift at higher speeds. At the wheel, the driving position is brilliant, aided by the fact that you can position the seat nice and low. There are sports front seats with integrated head rests, as part of a predominantly charcoal grey cockpit with red top-stitching. Buyers get a choice of two upholsteries ('carbon fibre weave' or Alcantara) and a bespoke aluminium pedal and gear lever.

Prices start at around £30,000 for the standard R.S. model - and you'll need around £1,500 more for the EDC paddleshift auto gearbox. Think in terms of around £33,000 for the 'Trophy' version with its stiffer 'Cup' chassis (there's an auto option there too). But you'll need over £50,000 for the top 'Trophy R' variant which is manual-only and for enthusiasts only. ESP stability control comes as standard and can be completely disabled at the touch of a button should owners feel like exploring the car's limits of grip. The optional paddleshift EDC auto transmission includes a 'Launch Control' mode for optimised getaways. Standard kit across the range includes the brand's 'R.S. Vision' lighting system and a 'Multi-Sense' driving modes set-up with 'Sport' and 'Race' settings that can be accessed by a shortcut 'R.S.' button. Also standard is the '4Control' 4-wheel steering system, a special 'PerfoHub independent steering axis front suspension system and a Torsen limited slip differential, all these things combining to improve cornering. Plus you get powerful 355mm front brake discs with Brembo calipers.

Renaultsport may be a division of the Renault group, but the cars it produces are so different - and so much more rewarding - than their standard counterparts that they could be from another maker entirely. Which is refreshing in an age where so many brands' idea of creating a hot hatch is to plumb-in a bigger engine, bolt-on a bodykit and jack-up the price. Bottom line with this improved Megane R.S. is that for the price of an ordinary hot hatch, you get a super shopping rocket, unafraid of the fastest GTi's out there, even if they do cost up to £8,000 more. Plus all of those cars are essentially compromises between track-ready handling and roadgoing usability: with its 'Sport' and 'Cup' chassis options, this R.S. doesn't have to be. Either way, it's brilliant fun - and that's what a car like this really should be all about. 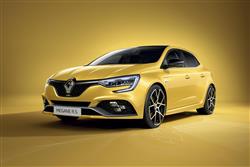 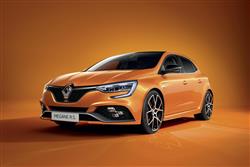 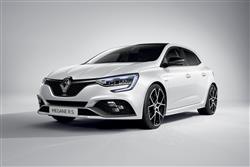 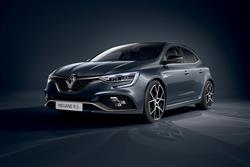 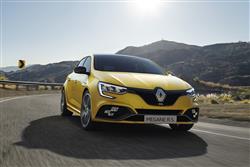 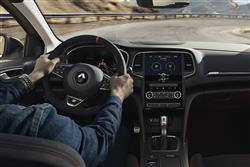