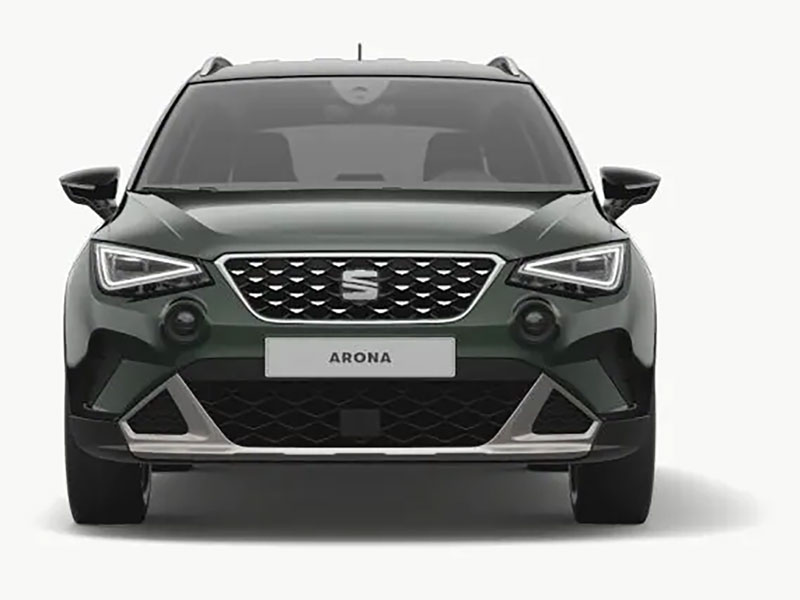 Want a change from just another supermini? June Neary thinks you might just want something like this, SEAT's little Arona SUV.

Suddenly, it seems like everyone has to have an SUV. Even people who'd previously have bought a humble supermini. In fact, the smallest part of the SUV segment is the fastest growing, started by Nissan's Micra-based Juke and Renault's Clio-based Captur and continued by models like the Ibiza-based SEAT Arona model that I thought we'd look at this week. I'm target market here, so this kind of car ought to appeal.

A few years back, this model would have been an estate variant of SEAT's Ibiza. Now buyers want something more interesting than that - and the Arona does its best to provide it. Under the skin, just about everything that matters is Ibiza-based, but the demeanour here is quite different. Like its rivals, this car is trying to give the feel of being a sturdy car for everyday life for the urban jungle, hence the strong protection in the bumpers, the wheel arches and the dark coloured rubber side skirts, as well as the roof rack and the aluminium look-like protection at the bottom of the bumpers. The Arona's dimensions are a bit different from its supermini stablemate too - it's 79mm longer and 99mm taller. That frees up a bit of extra ground clearance for the mythical off-road adventures that likely buyers will never take. More pertinently, it frees up plenty more front and rear headroom, and, above all, a larger boot, with a 400-litre capacity. Not all 'lifestyle' SUVs of this sort sit you high and commandingly these days, but this one does - which also makes it much easier to get in and out of the car. The passenger seats are also 62mm higher than they would be in an Ibiza, while headroom is 37mm greater in the front and 33mm in the rear. The suspension height has been increased by 15mm and the windscreen is slightly more vertical for a roomier interior. I certainly had no trouble fitting in four passengers and a decently-sized supermarket shop.

And on the move? Well if you can tell the difference between this car and the Ibiza it's based upon, you're obviously a better qualified reviewer than I am. Yes, if you really throw the Arona into a bend at speed, there's a tad more bodyroll than you might normally expect, but to be quite frank, I hardly ever drive like that - and I don't think likely buyers do either. You'll want to know about engines, all of them equipped with direct injection and a turbo, as is the modern way. There are three different petrol units to choose from, the headline emphasis being on the usual Volkswagen Group three-cylinder 95PS 1.0 TSI petrol unit, available in 95PS form with a five-speed manual gearbox or in 115PS guise with either a six-speed 'box or dual-clutch seven-speed DSG auto transmission. The third petrol choice is a 1.5-litre four-cylinder 150PS TSI unit with active cylinder deactivation technology, which is exclusive to the 'FR' trim and is connected to a six-speed manual gearbox. Go for that sporty 'FR' trim and you get dual-mode suspension and the 'SEAT Drive Profile' that allows you to alter the steering, throttle response and suspension feel via four modes: 'Normal', 'Sport', 'Eco' and 'Individual'. As for diesel options, the efficient and reliable 1.6 TDI unit is available with 95 and 115PS. The 95PS version can be paired with a five-speed manual transmission or a seven-speed DSG auto, and the 115PS variant with a six-speed gearbox. All Arona models are front-driven: there's not much appetite in this segment for 4WD. I can see why.

Having done a bit of research here for you, I can report that Arona prices start at around £16,500 but expect most variants to sell in the same kind of £18,000 to £24,000 bracket common to the market's two leading small SUVs, Nissan's Juke and Renault's Captur. Trim levels are based around the usual 'SE', 'SE Technology', 'FR', 'FR Sport', 'XCELLENCE' and 'XCELLENCE Lux' SEAT spec options. Buyers like me like to personalise their cars and, sure enough, the Arona meets that need. Colour-wise, the car is divided into two: the lower body on the one hand, and the roof (plus the A- and C-pillars) on the other. The roof can be grey, black, orange or the same colour as the body. Globally, there are apparently no fewer than 68 possible colour combinations. Is it decently equipped? Well if you spend enough, yes. Key equipment features available as options or fitted to plusher models include Auto lights and wipers, a Keyless Entry and Start System, a rear camera, an 8-inch black panel centre-dash infotainment touchscreen, a Park Assistance System and a 'Connectivity Hub' which comes with a Wireless Phone Charger and a GSM signal amplifier. Safety spec will also be crucial to sales interest in this car, so the Arona gets all the latest camera-driven tech, including the brand's 'Front Assist' autonomous braking system, 'Blind Spot Detection' (which stops you from pulling out to overtake when there's a vehicle in your blindspot) and 'Rear Traffic Alert' (which warns you of approaching vehicles if you're reversing out from a space). Other features available include Adaptive Cruise Control, Hill Hold control, a Tiredness Recognition System and Multi-Collision Braking. And running costs? Well the 1.0 TSI petrol turbo unit most buyers will choose should certainly prove to be very frugal. Expect the 95PS version to manage over 55mpg on the combined cycle and under 110g/km of CO2. Obviously, the 1.6-litre TDI diesel will be much better. Expect about 70mpg and about 105g/km. All models get an automatic stop & start system to cut the engine when you don't need it, stuck in traffic or waiting at the lights.

Certainly. The market's now awash with models like this, but the Arona is one of your more appealing options in this class. Buyers don't seem to mind paying a price premium for a bit of extra style and in return, what's served up here is a small runabout you might really feel quite proud about. 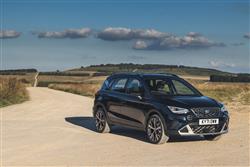 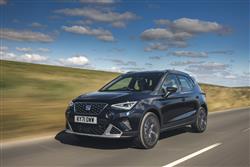 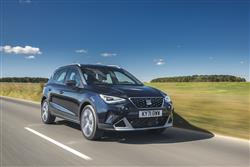 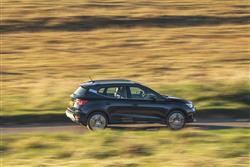 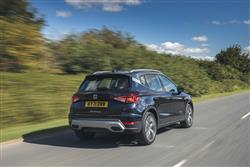 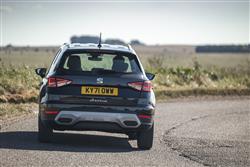