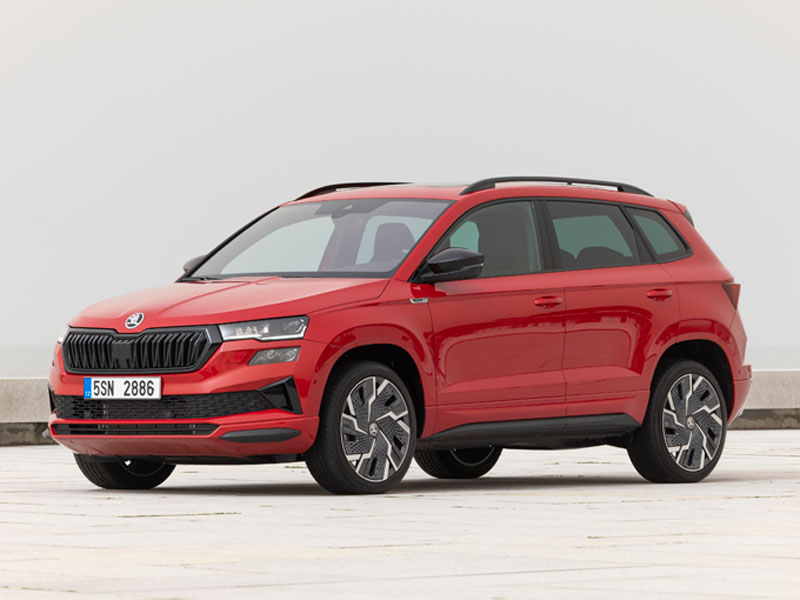 Available at Skoda branches
From £31,795 Save £1065 on current list price
£479 Deposit
£479 Per month
Available to pre-order
Enquire now
WhatsApp

Skoda has had decent success with its mid-sized SUV, the Karoq. Jonathan Crouch drives the updated version of this crossover to see what it has to offer.

Skoda is these days very serious about SUVs and the core of the company's Crossover range is found with this mid-sized Qashqai-class Karoq model, here usefully improved and smarter looking. As before, it gets all the latest Volkswagen Group engineering, now including the brand's latest TDI 'Twin Dosing' technology, plus there's a hi-tech MQB chassis and cutting-edge safety and infotainment features. Everything in fact, that you'd want from a modern family-sized SUV of this kind.

Skoda's best selling SUV is this one, the Karoq, a mid-sized Qashqai-class Crossover originally introduced back in 2017 which went on to become the brand's second best selling model, generating more than half a million sales in sixty countries. But time moves on and the segment this car competes in gets ever-more competitive, hence the need in mid-2022 for the updated model we're going to look at here. At its original introduction, this Skoda was basically a successor to the brand's popular Yeti line of compact SUVs, but the Czech maker re-named it to designate the fact that this was a slightly larger and considerably more versatile product. It sits just above the little Kamiq and just below the seven-seat Kodiaq in a line-up of Skoda SUVs that now accounts for 50% of the marque's total sales. If you're wondering, by the way, if the word 'Karoq' has any meaning, then we'll tell you that it's taken from the language of an Alaskan tribe and, roughly translated, means 'car arrow'. Make of that what you will.

Not much has changed with the engineering of this car. Under the skin, this Skoda uses much the same MQB chassis as you'll find in the Volkswagen Group's rival SEAT Ateca and Volkswagen Tiguan models. The set-up with this Karoq is deliberately more comfort-orientated than it is in the Ateca. The various powerplants on offer are all familiar from other Volkswagen Group models. There are four turbo-charged direct injection engine options, none of which (yet) get the VW Group's latest mild hybrid tech. As before, things kick off with a 110PS 1.0-litre TSI petrol unit, but most choose the 150PS 1.5 litre TSI powerplant, which uses cylinder deactivation for an exemplary combination of performance and efficiency. There's also a top 2.0 TSI 190PS DSG auto 4x4 petrol variant, but that's a rare sight on our roads. More common will be the two 2.0 TDI diesel engines, now with the VW Group's latest 'Twin Dosing' technology and offering either 116PS or 150PS. Both are available with either a 6-speed manual gearbox or 7-speed DSG auto transmission. Only the top 2.0-litre petrol and diesel units are available with 4WD. These derivatives are also fitted with a special 'Off Road' mode and hill descent control so that you can more easily slither down slippery slopes. In general though, this Skoda's limited ground clearance makes testing off road forays fairly inadvisable. The Karoq is much happier being used for tarmac use and an option worth considering here is the 'DCC' 'Dynamic Chassis Control' adaptive damping system that can considerably improve the ride over poor surfaces. It works through the settings of the standard 'Driving Mode Select' system.

Subtle styling changes mark out this updated Karoq model. The front grille is now wider and hexagonal in shape, the headlights and tail lights are slimmer, there's a larger rear spoiler and the bumpers have been restyled. As before, this is one of the larger SUVs in the mid-sized SUV class. Take the boot, rated at 521-litres and extendable to 1,630-litres if you fold forward the rear bench. Avoid base trim and that back seat will come in 'VarioFlex' form made up of three separate seats that canslide and, if required, be taken out completely. If you do that, a van-like capacity of up to 1,810-litres is freed up. Few Qashqai-class models can get close to that. View the car in profile and the longer-than-average wheelbase by class standards is very evident and the side aesthetics are also characterised by short overhangs and a sloping roofline that's visually extended by a contour in the D-pillar. Inside, things are much as before, though Skoda has improved the ambient lighting system and now offers an 'Eco Pack', with upholstery made from vegan materials. Digital instruments are standard, with an 8-inch screen across the range, with a 10.25-inch upgrade available as an option, or on plusher variants. The central infotainment screen is 8-inches as standard, with a 9.2-inch 'Columbus' upgrade available if you want it. Apple CarPlay/Android Auto smartphone-mirroring are standard, with wireless connectivity optional. And, as usual, there are a range of 'Simply Clever' features, including an electrically-retractable tow bar. And a 'Virtual Pedal' option that allows you to open the power-operated tailgate with a wave of your foot beneath the bumper.

You can see the appeal of this Karoq model. It's spacious, safe, drives well, has a cool but understated image and is affordable to run. In short, what we have here is a class act in a market full of try-hard rivals and a car that strikes an appealing chord between practicality, quality and fashion. True, some of the rivals it has to face are larger, more hi-tech or more efficient. Most of them are pricier too though and it's that very affordability that'll keep this Skoda in the frame for customers who want a more interesting and flexible alternative to yet another Qashqai clone in this class. It's a car that transcends lifestyle snobbery. A family car that doesn't shout 'family'. And a Crossover you could be genuinely pleased to own. 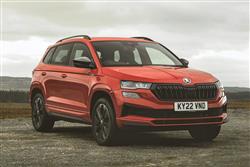 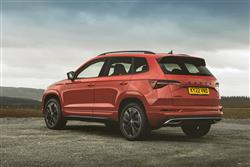 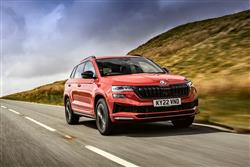 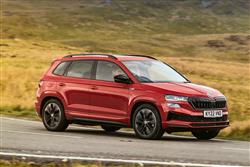 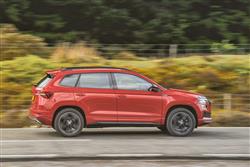 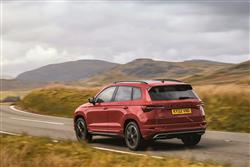