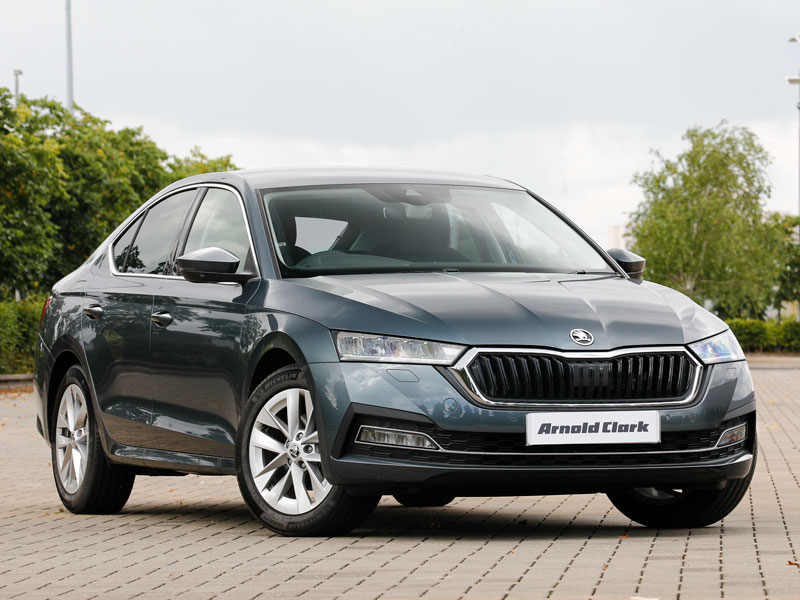 Available at Skoda branches
Only £29,995 Save £1000 on current list price
£479 Deposit
£479 Per month
Finance your car with PCP
Available to pre-order
Enquire now
WhatsApp

Skoda's fourth generation Octavia is an object lesson in the art of building a solid, reliable and classy family car. June Neary pays due respect

With its imposing front grille and boldly sculpted lines, the MK4 Octavia looks as if it's been milled from a solid rock. It just looks expensive, despite the crest on the bonnet nagging otherwise. Most would probably think it was a Volkswagen or an Audi and although rather closely related, these two marques will cost a good deal more than Skoda ask for the current Octavia. Only the most ignorant will still poke fun at Skoda's image. If they do, give them a ride around the block and watch them suffer at the all-you-can-eat humble pie buffet. Decently sized, the Octavia I tested - the 2.0 TDI 150 model - certainly looked more expensive than its list price and compared to most of its direct competitors looks a very tempting proposition. I think this car could definitely find a space in my garage.

Like all Octavia models so far produced, this one boasts a practical hatchback rather than the boot its stub-tailed lines may suggest. The first three generations of Octavia were renowned for possessing some of the biggest payloads in their class but this MK4 model has comprehensively trumped that, available capacity in the hatch now 600 litres with the rear seats in place. That grows to 640-litres in the alternative estate version. Kids and adults alike will find that passenger room is similarly generous - and that's important since the prodigious luggage space of older Octavias often required rear seat passengers to pay in kind. The length of today's hatch model has been teased out by another 19mm, endowing it with admirable rear legroom even when the front seats are occupied by long limbed adults. Rear headroom is better than the swooping roofline would suggest, helped in no small part by a slightly more generous seat back recline than in many such cars. The fascia feels much smarter than before. Enhancements to the switchgear, entertainment systems and trim send the cabin up in class a good few notches. There's ample room for five inside and there's even an estate version if you need more space. It really does seem more like the flagship Skoda Superb - albeit after a hot wash cycle - and feels a couple of classes removed from the next car down in the Skoda hierarchy, the Scala family hatch.

There's no shortage of poke from the 2.0-litre TDI 150 engine. This engine is good for a maximum speed of 141mph and will return a combined WLTP fuel economy figure of over 61.4mpg. It's a good environmental citizen, emitting not much more than 120g of carbon dioxide per kilometre travelled (WLTP). A less powerful 115PS version of the 2.0 TDI unit is also offered. Petrol is mounting something of a fightback after a good few years of diesel dominance and engines like the Volkswagen Group TSI units are in the vanguard. Two of these units are available with this Octavia. First comes a 110PS 1.0-litre TSI, then there's the 1.5-litre TSI unit with 150PS. This latter engine can also be had with 'eTSI' mild hybrid tech if you choose it with the optional 7-speed DSG auto gearbox. All the latest Octavias benefit from Skoda's quest to endow the chassis with Ford Focus-style driving manners. Even with the wick turned down a good few notches, it can't help but feel extremely capable when stitching a series of bends together. The steering feels like a good hydraulically assisted set-up but is in fact electro-mechanically assisted. The sophisticated multi-link rear suspension offered on the 150PS models does a great job of keeping road bumps and thumps nicely suppressed.

In a word, excellent, but what would you expect from Skoda? Prices mainly sit in the £22,000 to £30,000 bracket and there's a choice of either five-door or estate body styles. Buyers in search of extra traction can choose the all-wheel-drive transmission of the 4x4 models. The standard front-wheel-drive Octavia is also available with the advanced seven-speed DSG twin-clutch gearbox that has received critical acclaim on models from across the Volkswagen Group empire. Skoda can offer the usual raft of high tech gadgetry to enhance the Octavia ownership experience. The plusher models come with touch screen stereo and navigation systems with the option of a 30Gb hard disc for storing music. Owners can also connect their music players through iPod, AUX or USB connectors which allow the track listings to be displayed on screen in the car. There are high-tech parking sensors too with a visual guide on the central display screen as well as an audible warning signal.

Only the most prehistoric badge snob will turn their nose at this Octavia. It feels just as well built as a Volkswagen Golf and looks a good deal more distinguished. It's probably not a car that will appeal to younger buyers, but those that do take the plunge are unlikely to be disappointed. 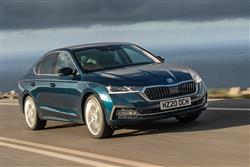 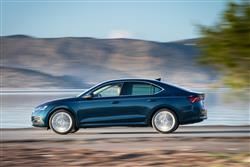 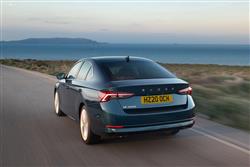 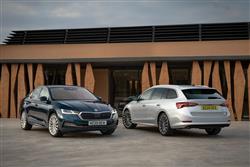 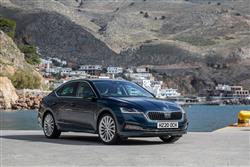 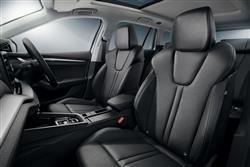