The second generation V60 is a Volvo estate car that's anything but square. June Neary gives it the once over.

If, prior to driving the Volvo V60, somebody had said that they figured I'd be a great fit for a Volvo estate, I'd have taken that as a bit of a slur. Weren't Volvo estates for antique dealers, university lecturers, Cotswold transplants trying their best to appear old money and the sort of people you see on the Crimewatch mugshot section? For a girl with some get up and go left, the Volvo estate image didn't seem a solid match. Then I saw the MK2 model V60 and this aversion crumbled somewhat. For a start, it's not resolutely square. In fact, the styling looks as if it's spent a little too long under a sun bed and has softened significantly. The basic proportions are also pretty athletic. Sporty even. Best of all, the cabin was anything but fuddy duddy when I threw open the door. Talk about an instant convert.

While we've seen many 'sporty' estates before, one recurrent theme is that the sexier they look, the more useless they are at their primary purpose - being an estate car. Actually though, the V60's 529- litre boot is larger than more upright members of the posh brand mid-sized estate community such as the BMW 3 Series Touring and Audi A4 Avant. Volvo also points out that there's more to practicality than sheer load volume and it's got a point. The V60 load area has been designed with a wide aperture and a uniform shape, so all of the available capacity can be used. The rear bench splits 40/20/40 and drops down flat to the floor.

The cabin is finished in quite a spare Scandinavian way. I liked the clean look of the fascia, with its floating centre console but a couple of friends mentioned that they found it a little too stark and would quickly get bored with it. All agreed that the seats were some of the most comfortable they'd ever sat in. Most V60 customers will probably want a diesel, either the 150hp D3 or the 190hp D4. There's also a 250hp T5 petrol option. For the future, there'll be two plug-in hybrid powertrain options. There a T6 Twin Engine AWD petrol plug-in hybrid that generates a combined 340hp. Or a T8 Twin Engine AWD petrol plug-in hybrid that delivers 390hp. As usual with Volvos, there's a standard 'Drive Mode Settings' system, one of those set-ups now familiar in this segment that can tailor throttle response, steering feel and - if you've a self-shifter fitted - auto gearshift timings to suit the way you want to drive. Plus there's the option of adding in Volvo's 'Pilot Assist' system. This is a set-up that at cruising speeds of up to 80mph can effectively drive for you. You also get reasonable economy, the volume D4 diesel variant able to record 117g/km of CO2 and 64mpg on the combined cycle. That should keep me off the Pringles from my local petrol station. The previous V60 couldn't really match the sharp handling reactions of its premium German rivals but buyers can expect a significant improvement in that area this time round thanks to the installation of the stiffer, more sophisticated 'SPA' 'Scalable Product Architecture' platform we've already seen used in the company's XC60, XC90, S90 and V90 models. However, when you attempt to drive the V60 hard, it still feels a little unhappy, reminding you through a somewhat scrabbly front end that it's no sports car. Ease your pace and composure returns.

I knew the Volvo V60 wasn't going to be cheap but nearly £32,000 for the entry-level version rising to over £40,000 for one of the better-specified trim levels seemed quite a hefty sum. Expect the usual 'Momentum', 'R-Design' and 'Inscription' trim levels, plus a mildly SUV-like 'Cross Country' variant is planned for the future. Safety standards are class-leading - and most of the features come as standard across the range. The City Safety with Autobrake technology system uses automatic braking and detection systems to assist the driver in avoiding potential collisions, and is the only system on the market to recognise pedestrians, cyclists and large animals. In a world first, City Safety now also engages auto braking to mitigate oncoming collisions. The purchase options are innovative too. In certain areas of the country, customers who want an alternative to outright purchase, leasing, contract hire or finance schemes will be offered the opportunity to acquire a V60 using the new 'Care by Volvo' scheme. Here, there's no deposit required and you'll get a two year agreement that also includes use of another Volvo model for up to two weeks a year.

I must admit, the Volvo V60 did worm its way into my affections. Any car that feels this well built, is this practical and yet which will see over 60 miles to the gallon has a whole lot to be said for it and when that package is as stylish as the V60, it becomes one of those cars that you'd consider laying your own money down for. 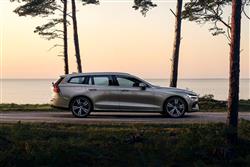 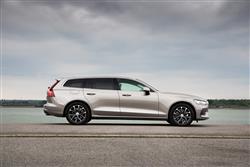 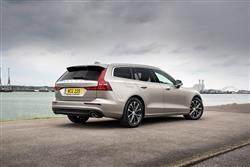 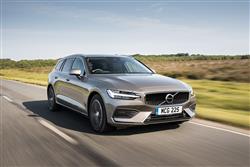 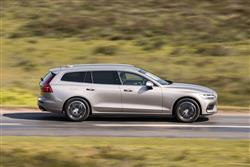 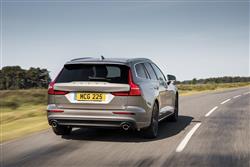