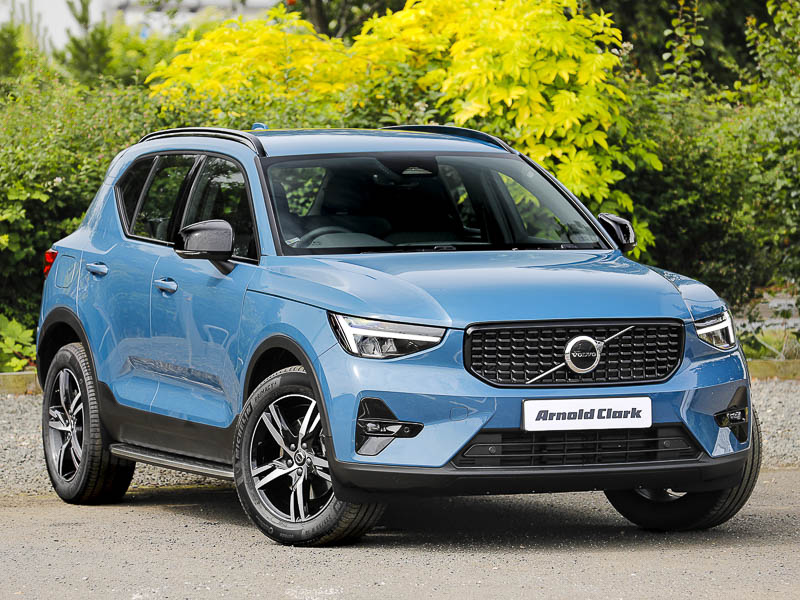 We've known for some time that future Volvo products will all be electrified. Going forward, the only decision buyers of the brand will really have to make is whether they want to plug their cars in or not. Those who want to attach to the mains will be opting for one of the company's range of 'Recharge' models - either a plug-in hybrid of a full-electric variant. This was the first of the 'Recharge' models to be launched, the XC40 Recharge T5 Plug-in hybrid.

The XC40 compact SUV was the last of Volvo's models to get electrification, but it was also the first of the company's cars to get a full-EV electric version, the XC40 P8 Recharge. But if you can't quite face the thought of going for an all-out EV (or that top variant's price of well over £50,000), then this Recharge T5 Plug-in hybrid derivative might be more palatable. At well over £40,000, it's still hardly inexpensive, but it can offer up to 27 miles of all-electric driving before needing to revert to its 178bhp three cylinder 1.5-litre petrol engine. Compromises over the ordinary XC40 model are as few as the visual changes made and there are plenty of driving mode options to ensure that you can maximise the innovative powertrain's impressive efficiency.

With this Recharge T5 Plug-in hybrid FWD model, the hybrid system's electric motor drives only the front wheels and works via 7-speed dual-clutch auto gearbox. That motor draws its power from a 10.7kWh lithium-ion battery situated in the car's central drivetrain tunnel and will take over from the associated 1.5-litre three cylinder petrol engine to power this Volvo exclusively when you run it in this PHEV variant's provided full-electric 'Pure' driving mode. Most of the time though, you're going to be using this XC40 in its normal 'Hybrid' drive setting, in which the electric motor and the three cylinder engine cut seamlessly in and out, as required. The electrified modes have a specific right hand driving gauge in the instrument binnacle that replaces the rev counter. And a selectable 'Driver Performance' screen on the centre-dash screen can tell you at any given time what's being powered by what. Should you need to press on, there's a sporty 'Power' mode, use of which reminds you that there are plenty of braked horses on offer here, in the case of this T5 PHEV variant 180hp from the 1.5-litre engine and a further 82hp from the electric motor. There's also an alternative T4 Plug-in hybrid derivative which uses the same powertrain but with a slightly de-tuned 129hp version of the 1.5-litre petrol engine. Pushing down past the throttle's kickdown point always brings the petrol engine into play - which you'll obviously need to do if you want to replicate the quoted performance figures; in the case of this T5 PHEV variant, these see 62mph reached in 7.3s, 1.2s quicker than the T4 PHEV version. Both derivatives, like all modern Volvos, top out at 112mph. With this Plug-in model, as with ordinary XC40 variants, ride quality is segment-leading and refinement is difficult to beat in the class too. The brake recuperation system can make it difficult to smoothly bring the car to a standstill though. And you certainly feel this plug-in variant's extra weight (it tips the scales at over 1,800kgs) when pushing on through the bends. Unlike the full-electric P8 variant of this model, this version doesn't have an AWD drivetrain, but Volvo nevertheless, rather ambitiously, provides an 'Offroad' option amongst your various driving mode choices. Unless you find yourself in a muddy carpark, it's probably best to ignore that one.

Visually, unless you happened to pick up the addition of a charging port near the front wheel arch, you probably wouldn't spot any differences between this Plug-in hybrid variant and a more conventional XC40 - and that's exactly the way Volvo wants it. So there's the usual 'robot-inspired' styling, plus piercing 'Thor's Hammer' LED headlights and a clamshell bonnet, along with an inverted front grille and coupe-like rear styling. This Hybrid model's entire powertrain is located under the bonnet, rather than being spread around the car, as was the case with the industry's earlier Plug-in cars. The benefit of that is that cabin room and boot space are completely unaffected by the addition of this car's 'Recharge' technology. Inside, the dash is identical to that of an ordinary combustion-engined variant, save for a few EV-specific electronic gauges. These days, the infotainment system - which works through the standard 9-inch central touchscreen - is powered by Android, which means you get a raft of over-the-air Google features, including Maps and YouTube Music built in. Rear seat room has always been an XC40 strongpoint - it beats most class rivals in this regard: two adults will be very comfortable, even on longer trips. But boot space isn't huge, though the 460-litre capacity figure will probably be quite sufficient for the needs of most owners.

Plug-in Hybrid tech remains pricey: there's no other way of saying it and of course these days, there's no helpful government grant to ease the burden of it a little. The least you can pay for this XC40 Recharge T5 Plug-in hybrid FWD Automatic model is around £41,000. It's slightly less powerful T4 Plug-in hybrid showroom stablemate costs from around £39,000 - and that price reduction is quite important because it means you'll avoid the Vehicle Excise Duty Surcharge that applies over the £40,000 price point. In the case of this T5 PHEV variant, the asking figures equate to a price premium of just over £3,000 over the alternative B5 250hp mild hybrid petrol model. For T5 Plug-in hybrid customers, there's a choice of four trim levels - 'R-Design', 'R-Design Pro', 'Inscription' or 'Inscription Pro', that top variant priced at well over £42,000. For your information, the next stage of electrification represented by the full-electric P8 Pure XC40 model costs around £53,000. The 'R-Design' trimmed variants get gloss black styling details including a contrasting colour black roof, plus diamond-cut or matt black alloy wheels, part-leather seats and aluminium dash inlays. Top-spec 'Inscription' versions meanwhile, enjoy full-leather upholstery, an electric tailgate, wood detailing and a crystal glass gearlever. As ever with Volvo, a key focus is safety. An autonomous braking system is standard-fit and this system can specifically detect people and animals. There's also an 'Oncoming Lane Mitigation' set-up that not only stops you from pulling out into the path of an oncoming vehicle but can also steer you away from such an impact. Pilot Assist, Volvo's innovative semi-autonomous drive feature, is an optional extra on every XC40, as is 'Run-off Road Protection and Mitigation'. And Cross Traffic Alert with brake support', which warn you of oncoming vehicles when you're reversing out of a space.

All the efficiency figures for this T5 Plug-in hybrid are also exactly replicated by the alternative T4 Plug-in hybrid variant: let's take a look at them. Volvo claims a WLTP-rated all-electric driving range of between 26.1 and 27.3 miles, the kind of typical figure claimed by most Plug-in Hybrids. And, as with most Plug-in Hybrids, the actual real-world result you'll probably get while driving normally is much closer to the 20 mile mark. Accept that at the outset, otherwise, you'll end up disappointed. Like all cars of this kind, unless you regularly plug in, all you'll be driving is a relatively thirsty high-output petrol model. You'll want to tick the box for the £50 optional 3.5kWh Type 2 charger and with this in place, a full charge takes about 3 hours. The fantasy land official quoted efficiency stats are up to 135.5mpg on the WLTP combined cycle and up to 47g/km of WLTP-rated CO2. The important thing is though, that the government believes them, hence this model's low 16% Benefit-in-Kind taxation rate - a major incentive for business purchase. Volvo also throws in a year's free electricity usage. Insurance for the T5 PHEV is group 32E: it's group 28E for the T4 PHEV variant. Maintenance should be relatively affordable for a car of this kind, with three or five year pre-paid servicing packages are available to help you budget ahead. If you pay extra for the useful 'On Call with App' remote connectivity system, this Volvo can be programmed to autonomously realise when a service is due, then automatically book it for you at a dealership of your choice. Finally, we'll tell you that the warranty is the usual three year, 60,000 mile package.

For all of Volvo's trumpeted plans for electrification, the truth is that up until now, models from the brand that are truly electrified have made up a tiny part of its overall sales volume. That has to change - and will with the introduction of models like this one. The company's short term aim is for Plug-in Hybrids to quickly make up 20% of its sales volume and you have to think that most of that total needs to be accounted for by this Recharge T5 Plug-in hybrid derivative and its T4 Plug-in stablemate. Given the prices being asked here, that might be a challenging goal for the company to reach, but you can't fault the engineering here - or the way that it's been incorporated into such a pleasing, practicality and stylish overall design. If you want a compact, premium-badged SUV with plug-in tech, this is where it's at right now. 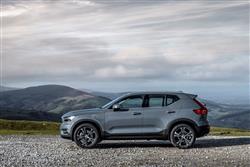 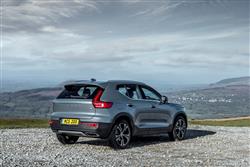 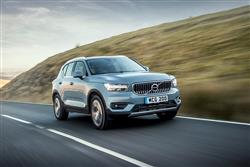 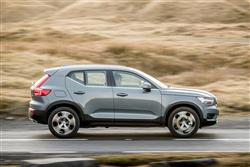 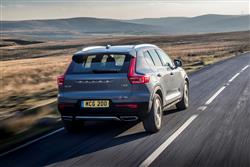 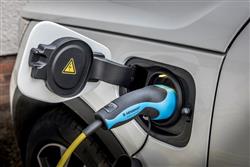