There are two ZOE mechanical specs available; the old 'R110' 80kW version; or the infinitely preferrable 'R135' 100kW model, with its faster acceleration and longer operating range. The R110 is priced from around £28,995 after deduction of the £2,500 government Plug-in Car Grant. The R135 vcariant costs from around £30,995, after deduction of said grant. There are 'Play', 'Iconic' and 'GT Line' trim levels. All derivatives feature the multimedia system, R-Link, as standard which can now feature Android Auto smartphone-mirroring. To enable drivers to control the infotainment system's functions without taking their eyes off the road, R-Link features a big seven-inch display, steering wheel-mounted controls and voice recognition. It also delivers integrated connectivity with motoring services and applications available from the R-Link Store. Other standard ZOE features include Bluetooth, climate control, cruise control, Bluetooth, a Renault keycard and a speed limiter function. Programmable pre-conditioning heats or cools ZOE's cabin when the vehicle is charging, so when the driver gets into the car, the cabin is just the right temperature and battery charge is saved in use. As a further neat touch, this can be activated remotely via the owner's smartphone. 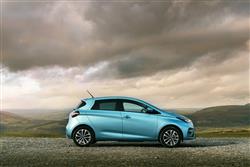 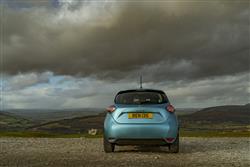 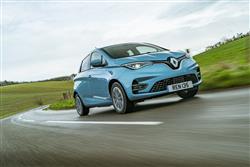 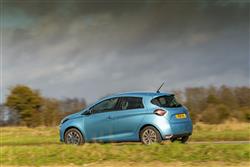 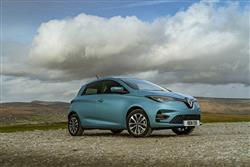 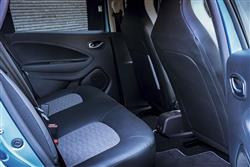