What new technology is going to innovate the way we drive? 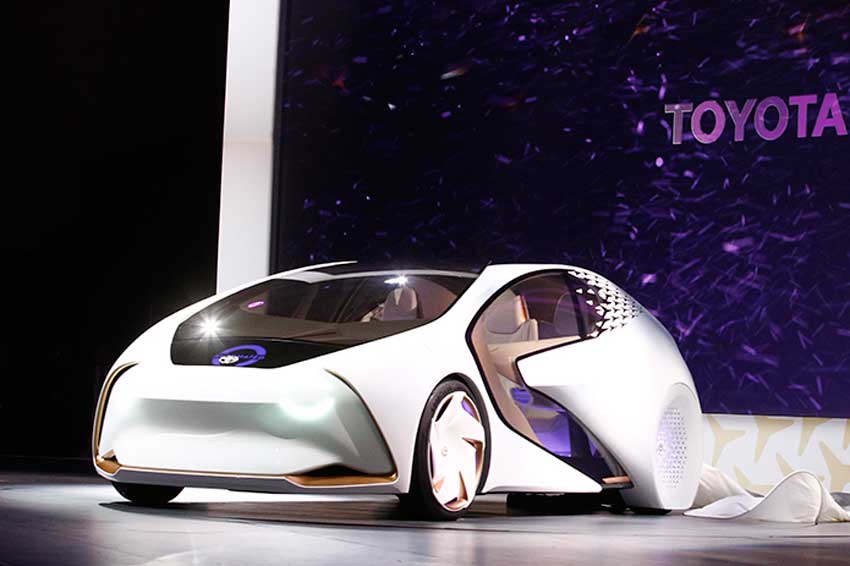 All the technology giants have descended on Las Vegas for the world’s biggest tech expo – the Consumer Electronics Show, better known as CES. This is where electronics experts and ingenious innovators gather to provide a glimpse into the future and demonstrate the developments that will change our lives (or fall into obscurity). Where there is tech, there are always cars and there’s plenty at this year’s show to excite both gearheads and gadget gurus.

Back to the Faraday Future

Faraday Future’s new car, the FF 91, was one of the major reveals at this year’s show. It’s being billed as the car that could steal Tesla’s crown as the fastest electric supercar. During the demonstration, footage showed the car accelerating from 0-60mph in just 2.35 seconds, an astounding 0.15 seconds faster than the Tesla Model S. However, while Tesla has developed into a popular production car, the FF 91 remains a prototype with a long way to go to catch the leading electric vehicle manufacturer. The first production cars are due in 2018 and if the start-up succeeds, it will mean a more far competitive electric car market, which could see big leaps in battery technology.

We’ve already seen touchscreens become commonplace in cars, but the next generation could use holographic technology, at least according to BMW. At CES 2017, they debuted their HoloActive Touch system, which allows drivers to scroll through and control functions without actually having to touch anything. Unlike other head-up displays, holograms will be created using reflections to give the illusion of a screen floating in space with a camera to detect contact with this virtual screen.

Bosch has also been showing off their cockpit of the future, which detects the driver’s identity and automatically customises everything from the steering wheel position to the temperature. Functions are operated using gestures enhanced by haptic controls to give feedback to the driver. This all sounds very cool in practice, but is it as fun as pushing a nice button? Time will tell.

The future of driving is…the minivan. At least that’s according to Chrysler, who unveiled their concept car, the Portal. Look beyond the LED lighting and futuristic materials and you’ll find the most exciting thing about the Portal is the innovative seating arrangement – seriously. The seats are mounted on parallel tracks meaning they move throughout the cabin and are completely configurable – perfect for the millennial on the move. This extra space is made possible as an engine gives way to a battery mounted under the body.

The car is also semi-autonomous, using laser, radar and sonar technology. For the now hands-free driver and passengers, there are USB ports all around it and a community display that allows video and images to be streamed. Chrysler’s new 100 kWh lithium-ion battery boasts an impressive range of 250 miles, suggesting that this concept (or at least some of it) could become a reality.

There’s more than a hint of the Renault Twizy about the Eli ZERO, which might not seem like a huge innovation, but it shows there is a growing market for the compact commuter car. This two-seater comes with a fully closed cockpit to protect drivers from the elements. It also comes with air conditioning, USB and Bluetooth connectivity and even a 160-litre boot. It’s purely designed for going short distances and its 48V battery helps it reach a maximum speed of 25mph. It’ll cost just over £8,000 when it arrives in the UK at the end of 2017.

Getting to know Yui

A driverless future seems inevitable, given that every concept car makes a feature of autonomy. Manufacturers seem to be forgetting one thing – some people actually like driving. And so Toyota step up to the plate with the Concept-i, a car imagined for the roads of 2030. Of course, it can be fully autonomous in what they call ‘chauffeur mode’ but this is a car that’s been designed with the driver in mind. Unlike many concept cars, there is actually a steering wheel (even if it’s oddly shaped) but the way the driver interacts with the car is completely new. Toyota has pioneered an AI called Yui which is designed to be fun and friendly and anticipate your every need. Yui lives in the dashboard, but communicates throughout the vehicle using subtle shapes and lights, and even provides greetings and messages on door panels. The Concept-i is designed using the philosophy of ‘kinetic warmth’, which you probably have to experience before you can fully understand it. We’re looking forward to finding out, though.

Find out more about electric cars