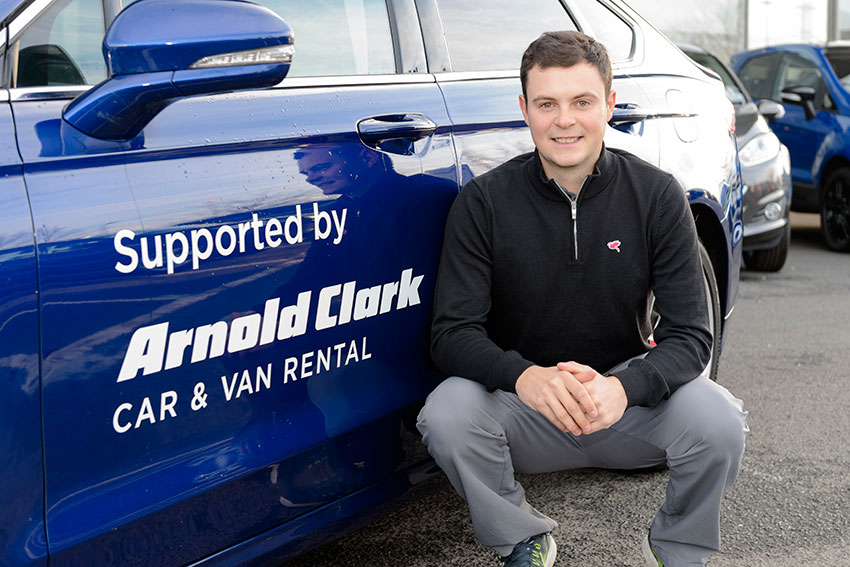 Jack visited our Ford Kilmarnock branch to pick up his brand-new Ford Mondeo that has been provided by Arnold Clark to enable Jack to progress his training and develop his career.

‘The support that Arnold Clark has given me is very much appreciated and I’d like to thank them for all of their help. It’s really fantastic to have a reliable and comfortable car that makes the commute to tournaments much more enjoyable, which is a great benefit. The Mondeo is perfect for the long distance journeys that I do and also has plenty space for all of my golf kit.’

From 2012 to 2015, 23-year-old Jack represented Scotland in home internationals and European championships. He quickly moved through the ranks and in 2015 was part of the GB&I-winning Walker Cup team. In his first year as a tournament pro, Jack has accumulated three top fives, one top ten and made nine cuts out of a possible 11.

‘We are delighted and proud to be supporting Jack McDonald in his career. Jack has shown commitment and worked hard to get to pro level and we wish him the very best of luck with his upcoming tournaments.’ 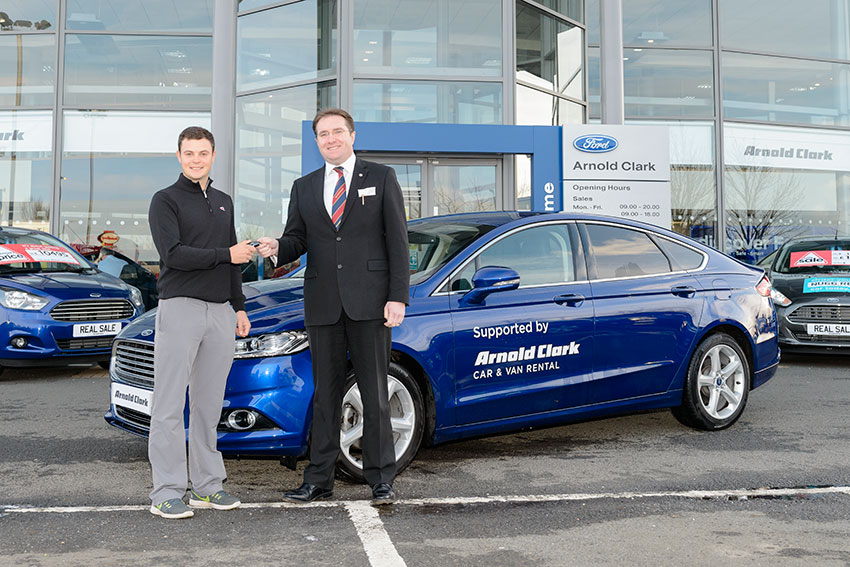 We hope Jack’s new car helps him to travel between tournaments and progress his career.