What to expect at the 2017 Geneva Motor Show

The 87th Geneva Motor Show is almost underway. Here we list the cars we can’t wait to see.

Renault is taking on Porsche with its sporty Alpine A110

Superminis to watch out for 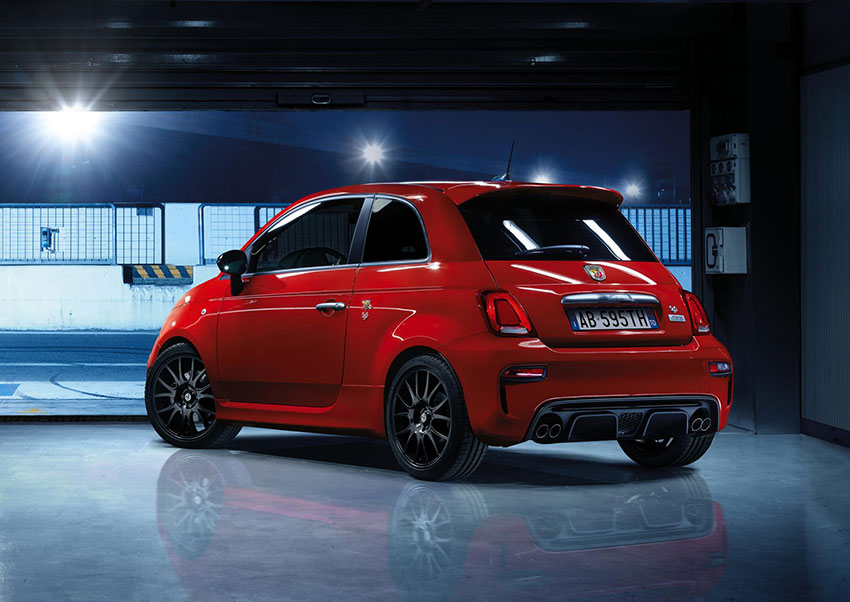 While this model will keep the same 158bhp, 1.4-litre engine as the standard 595, it does have some neat features for track enthusiasts, such as Abarth Telemetry. This setup has iconic racing circuit routes and helpful tips pre-loaded, and the capability to record custom courses.

With its unique styling and performance additions, Abarth expects this to be its new brand icon. 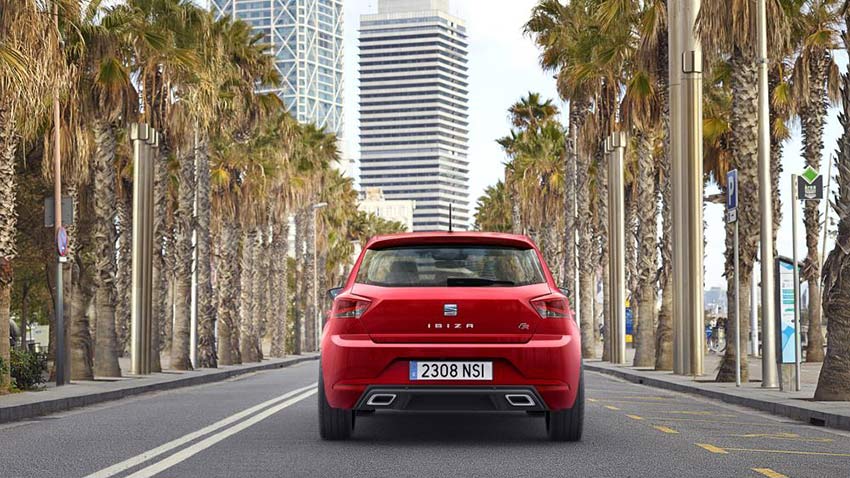 Making its world debut is the new SEAT Ibiza. Taking cues from the success of the Leon, SEAT has made the new Ibiza slightly bigger, and given it some edgier accents.

What’s going to make the Ibiza stand out in the incredibly saturated supermini market is its connectivity, with Mirror Link, Android Auto and Apple Car Play all available. There’s also a Beats sound system with six speakers, subwoofer and 300W amplifier.

Fiat celebrates the 60th anniversary of the 500 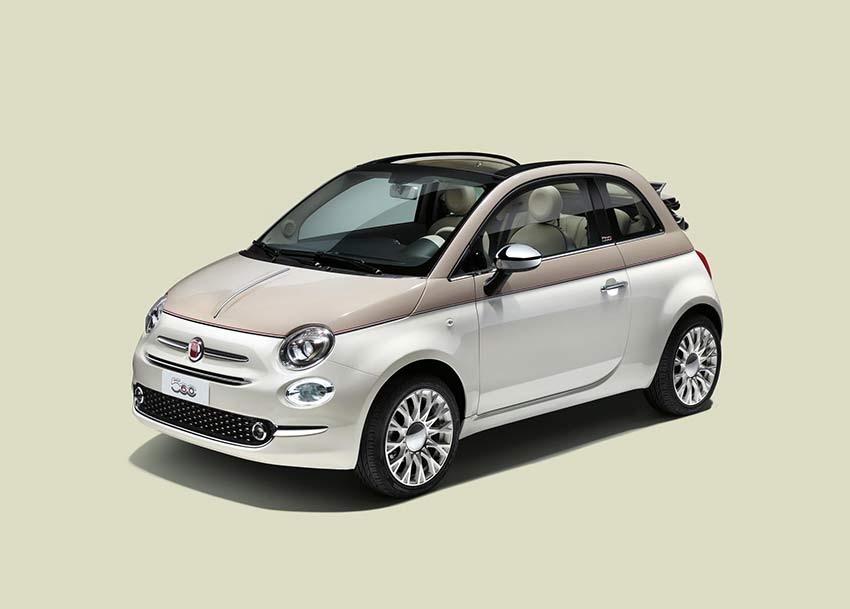 There will be a limited number of special series of Fiat 500s on display at the show. The new model will feature two-tone colour paintwork and 16-inch alloy wheels. There’s also a contemporary reimagining of some of the original 500’s key features, such as the vinyl dashboard, vintage logo and chrome finish on the bonnet.

Fiat will also debut the new S-Design versions of the popular hatchback, and an updated 500X, too. 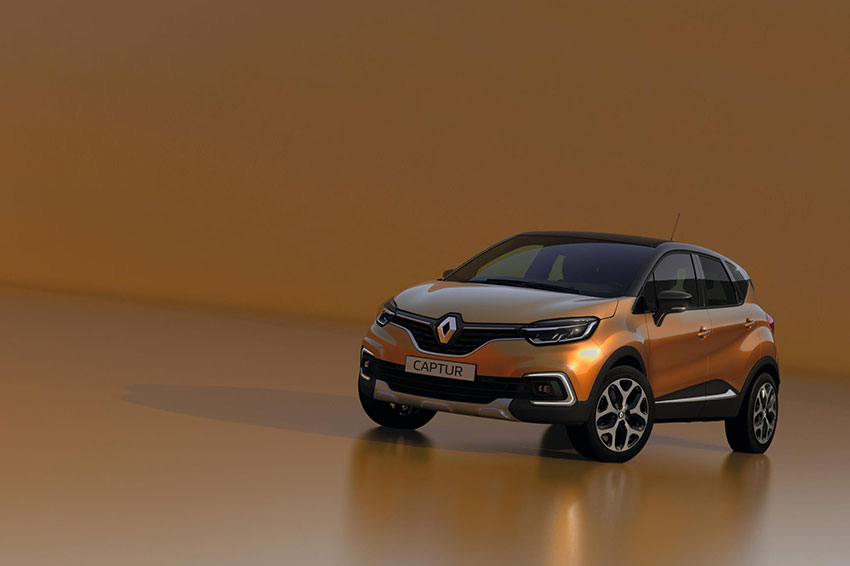 Renault will unveil its new Captur facelift at Geneva, which features an upgraded design, new equipment and a whole host of new personalisation options, including a fixed glass roof.

Fans of the best-selling B-segment crossover will be pleased to hear that the two-tone body colour option is here to stay, but there will be some bold styling changes. The Captur has been bulked out to bring it more in line with the Kadjar, making it look more adventurous than ever before.

Other styling accents have been tweaked, too, including new LED ‘Pure Vision’ headlights on certain models and a more distinctive front bumper, grille and chrome strip design.

The new Volvo XC60 will be revealed for the first time at Geneva. The XC60 will be one of the safest cars on the road when it replaces Volvo’s current best-selling model. There will be three driver assistance features that have all been kept very ‘hush, hush’.

Volvo’s teaser videos have been nothing short of cryptic, but if you can’t wait to find out more about this new model, you can tune in to the live stream on 7th March. 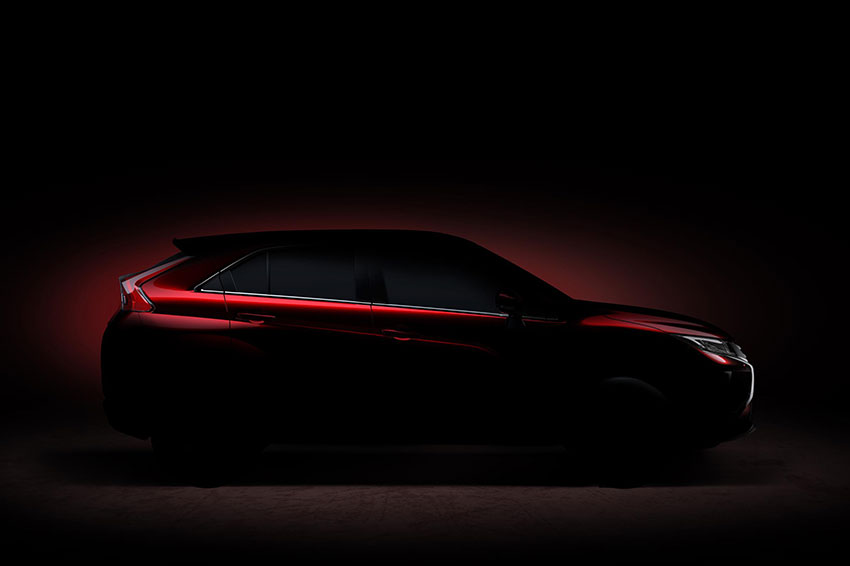 Mitsubishi’s Eclipse Cross is a new mid-size SUV that’s set to take on the likes of the Nissan Qashqai and Ford Kuga. Mitsubishi is hoping to position itself as an SUV specialist, so this will be an important model for the Japanese manufacturer.

Complete with Apple CarPlay and Android Auto, the Eclipse Cross will be well connected and feature a central touchpad controller, which you can use to navigate its technological functions. 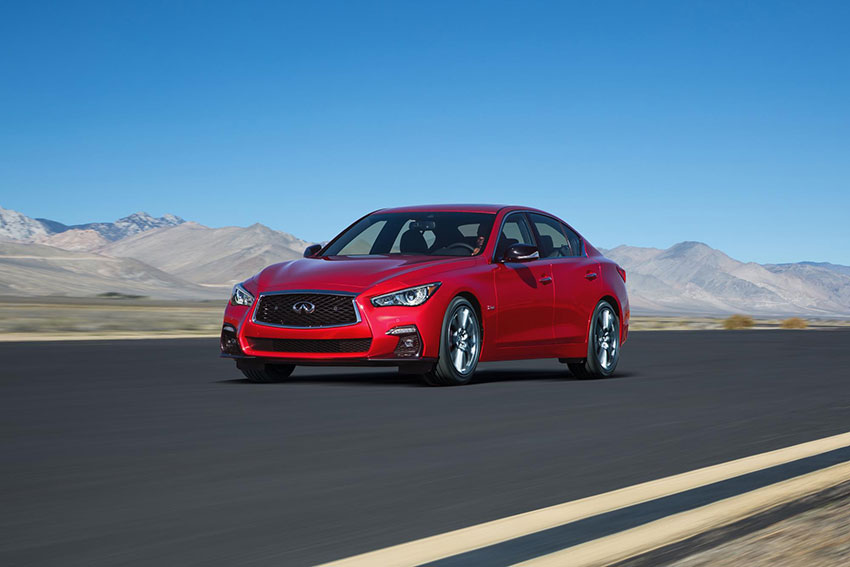 Another car making its global debut at the Geneva Motor Show is the updated INFINITI Q50, a premium sports saloon with innovative technologies and high-performance powertrains. 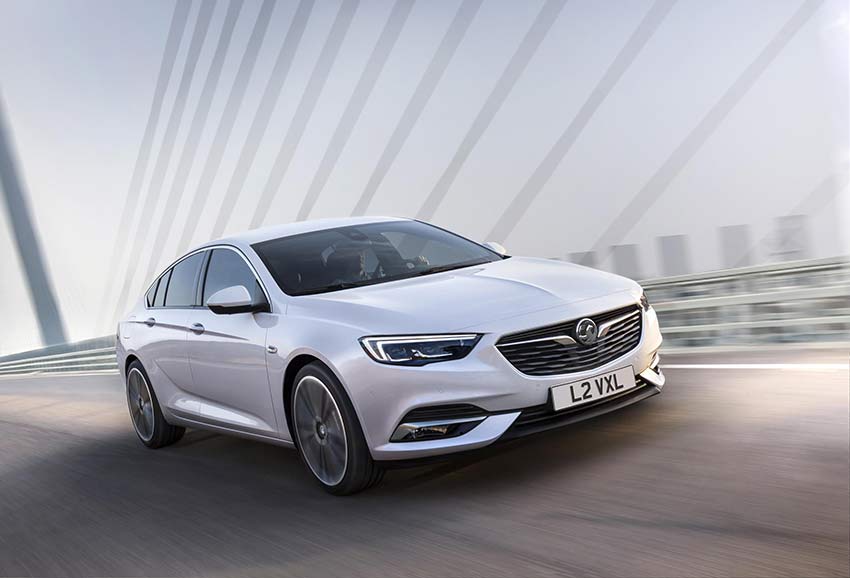 Vauxhall has a lot to live up to with its new Insignia, after the previous generation won European Car of the Year in 2009 and sold over 25,000 in the UK alone last year.

This new iteration has a more spacious interior, improved safety features such as lane keep assist and adaptive cruise control, and outstanding infotainment and connectivity systems.

There are over 60 configurations of the car, but the range-topping option features a 2.0-litre petrol powertrain producing 260PS, and an on-the-road price tag of £26,455.

The all-new Kia Stinger will also be debuting at the Geneva Motor Show. This new gran turismo has a powerful 3.3-litre, turbocharged V6 engine with excellent driving dynamics and head-turning design. Acceleration from 0–62mph happens in just 5.1 seconds, with a top speed of 168mph. When the car goes on sale, there’ll be two other engines to choose from – a 2.2-litre turbodiesel four-cylinder, and a 2.0-litre four-cylinder petrol. 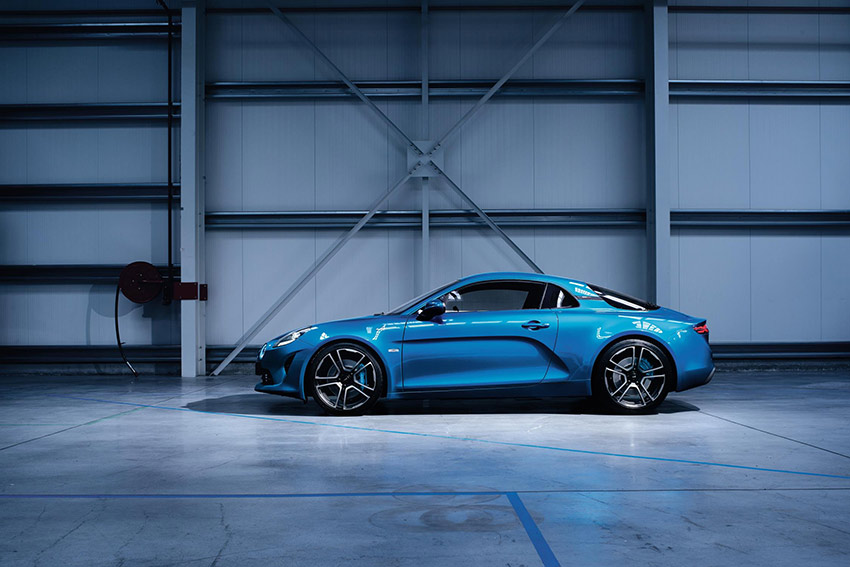 Alpine will reveal its new production-ready, two-seater sports car, the A110. Full details of the model are yet to be revealed, aside from the fact that it is built on an aluminium platform, with full aluminium upper body, to increase agility and weight saving.

But what’s clear from the teaser photos that were released earlier this week is that this is a thing of beauty. 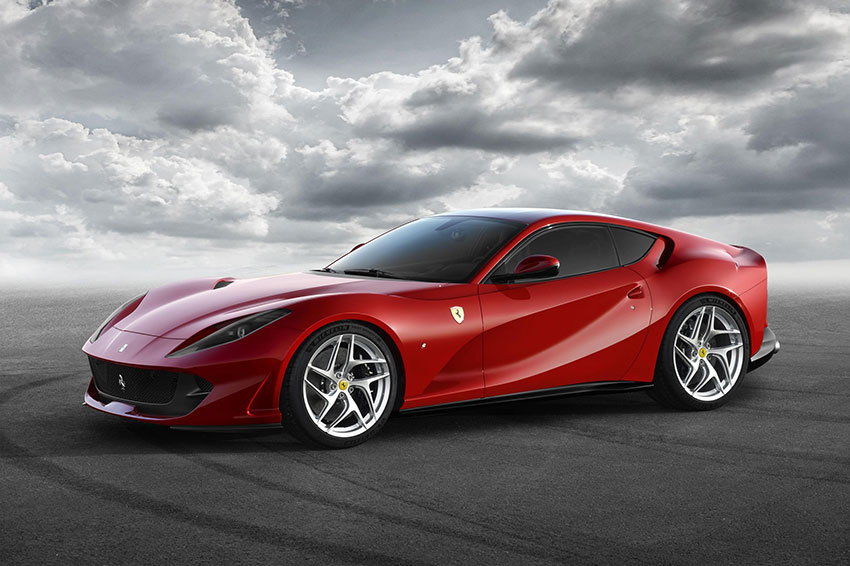 Ferrari has selected the Geneva Motor Show as the stage for its world premiere of the 812 Superfast; the fastest and most powerful Ferrari ever made.

Inspiration has been taken from naturally aspirated F1 engines to achieve these staggering figures, and the 812 Superfast will feature the first high-performance engine to have a 350 bar direct injection system.

And that’s not the only ‘first’. This will be the first Ferrari to have EPS (Electric Power Steering), the first to feature the Virtual Short Wheelbase 2.0 system (PCV), which improves handling, and the first to sport Ferrari’s 70th anniversary paint; Rosso Settanta.

Singapore’s first hypercar, Vanda Electrics’ Dendrobium looks like it came straight from the Batmobile design studio. It’s able to produce a staggering 1,500 horsepower and 4,000 Nm of torque with a reported top speed of 260mph. It can zoom from 0–62mph in just 2.5 seconds – that’s 0.2 seconds quicker than a modern F1 car. And the best part? It’s fully electric. This right here is the future of motoring, and we like it. 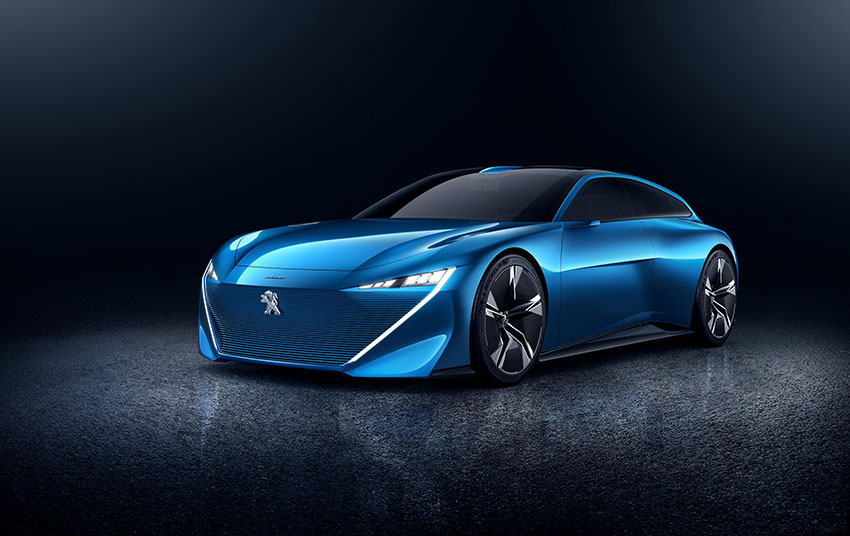 Peugeot is gearing up for an autonomous future with the Instinct Concept. What sets this concept car apart from other autonomous vehicles is the way it fits in around the driver.

Embracing the Internet of Things, this car can sync up with your other devices and adjust your experience accordingly. For example, it would know (via your mobile calendar) when you’re running late, so take the quickest route; it will know when you’ve finished a tough workout from your smart watch, and shift into ‘relaxation’ mode.

It’s a plug-in hybrid, with aerodynamic design and elegant features, and provides plenty to keep the industry talking.