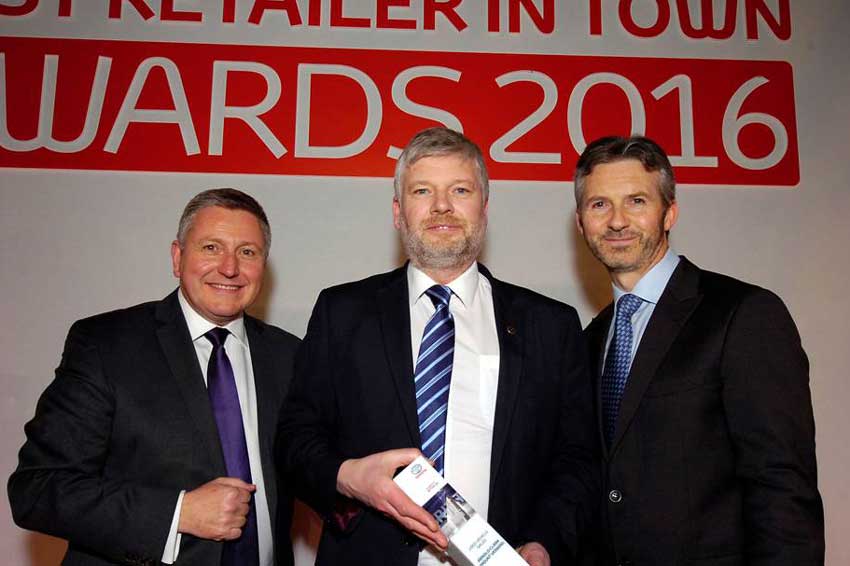 Toyota has been rewarding its best performing UK centres at its annual Best Retailer In Town awards, also known as the BRITs. The awards are open to all 180 retailers in the Toyota network, and this year Arnold Clark’s Glasgow Mount Vernon centre took the top prize of Used Car Retailer of the Year.

Centres are scored based on their performance across a range of business activities and it proved to be a good night for the Group, with Arnold Clark taking over the podium – with our Bishopbriggs centre in second place and Linwood finishing in third.

‘It’s a great honour to be recognised by Toyota, and especially to be named Used Car Retailer of the Year. At Arnold Clark, we challenge and develop our staff in order to help them deliver the best possible customer service. This award belongs to all the staff for the great work they have done both individually and as a team.’

We’d like to congratulate all the Toyota staff for their dedication in achieving this great accolade.

If you want to experience this award-winning service for yourself, you can visit Arnold Clark Glasgow Toyota at 40 Hamilton Road, Glasgow G32 9QA.