BMW has partnered with UK music streaming service Rara.com and mobile operator Vodafone to offer unlimited music streaming across Europe in the brand new 5 series that was announced this week 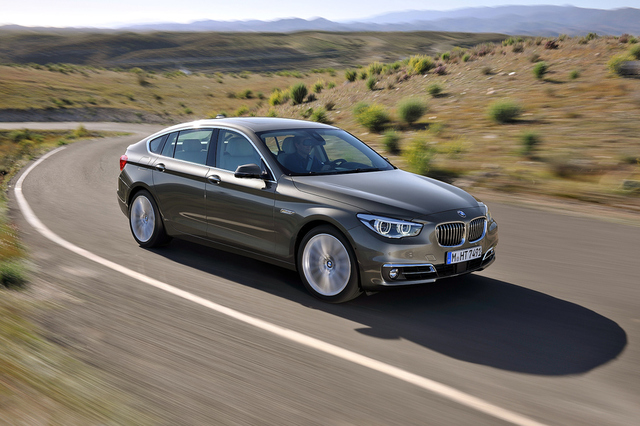 New technology in the brand new 2013 BMW 5 series: Does this signify the beginning of the end for in-car broadcast radio? Image: BMW Group

BMW have just finalised a deal with UK based music streaming service Rara.com. The service claims to provide unlimited on-demand access to over 17 million songs. It appears to be fighting the Swedish produced Spotify for 'streaming music supremacy' - listing features such as the ability to "search and play all your favourite music and the latest releases instantly", whilst also providing "a multitude of great playlists and music channels, hand curated by our team of resident DJs".

Launching this week across the UK, Germany, France, Italy and The Netherlands for BMW’s new 5 Series, the service will be delivered by the car’s ConnectedDrive Online Entertainment system and the iDrive controller.

12 months of unlimited music streaming will be offered for free initially, with Vodafone providing the mobile network.

The deal with Vodafone Europe will mean that drivers can stream music from anywhere in the UK, Germany, France, Italy and The Netherlands without incurring any roaming costs - paying with a one-off, single annual fee instead. This means that there is no additional smartphone, SIM card or dongle required. The service will also be available in Spain from 2014.

Advanced caching (temporary storage) technology will ensure your music keeps playing even if you travel through areas where a mobile signal is temporarily unavailable. Users can also download playlists in advance for journeys where a mobile signal is likely to be patchy for extended periods. Rara also confirmed that "music already listened to will be available offline in the car".

According to Rara.com CEO Jex Bell, “People listen to music in the car more than anywhere else, yet it’s still hard to enjoy digital music in the car… With 14 million tracks available on Rara.com to stream instantly across five countries, we are looking forward to bringing the Rara.com music experience to new BMW 5 Series users across Europe.”

Pricing given for the German territory is set at €390 for the first year, and €220 per year thereafter. That's substantially more than you'd pay for a year's worth of Spotify, for instance, but the deal here includes the peace of mind that you'll have Europe-wide access to the catalogue.

Is this the beginning of the end for in-car broadcast radio?

The founder of VidZone, Adrian Workman, was quoted as saying “This is a great day for digital music; the first music streaming service for the car in Europe. Replacing out dated and limited in-car CD players, music streaming will help to drive the uptake of legitimate music consumption in the car.”

According to The Register's Andrew Orlowski, the deal is quite forward-looking. "Digital radio has fragmented into several incompatible standards across Europe: DAB, DAB+, DMB and DRM and DRM+. These are all designed as one-to-many digital transmission systems. Yet the single cellular LTE (mobile) specification is quite capable of supporting multicast (one-to-many) transmissions, too.” Given the capability of this kind of technology, this may well signify the beginning of the end for in-car broadcast radio. Other analysts have commented on how other car manufacturers are highly likely to use this technology in their new cars too.

BMW has revealed its updated 5-series range, with more efficient engines and revised styling, and is expected to reach showrooms in September.

Search for a new or used BMW 5 series