The outrageously expensive supercars of the Dubai police

The supercars of the Dubai police form the most expensive fleet in the world – with an Aston Martin and a Bugatti Veyron in the fleet already, what could be next? 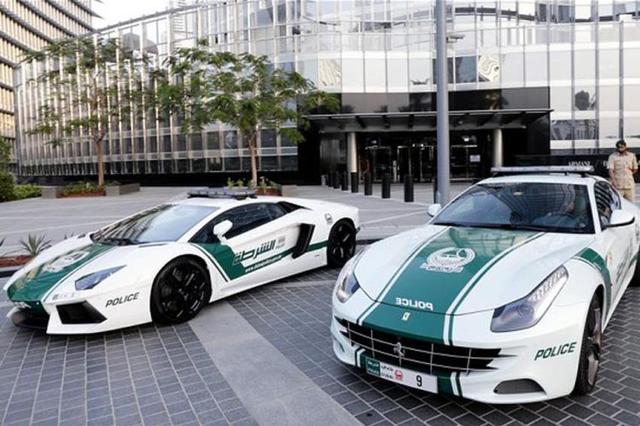 The Dubai police have the most expensive fleet of cars in the world. Image: AFP

When people think of Dubai, extravagance usually springs to mind. The Dubai police cars are no exception. With an Aston Martin One-77 worth £1.18m and a £1m Bugatti Veyron added to the fleet recently, it’s safe to say the Dubai police force have the most outrageously expensive (and coolest) fleet in the world.

We’re not sure how practical a two-seater sports car is for picking up criminals; however, the Dubai police say the cars “enhance their patrolling abilities” with Dubai’s police chief reportedly saying the cars are for “acting classy with people.” We’ll give it to him – if we drove a million dollar Aston Martin we’d probably act classy with people too.

Until we’re a supercar owner we’ll just admire the best of the Dubai fleet from our (not so exotic) UK office:

This £350k Lamborghini was the first car to kick off their supercar fleet back in April this year. It’s capable of a 217mph speed and, at that point, it was the most expensive police car in the world. The police don’t use it for car chases - they prefer to use it for show in tourist areas. 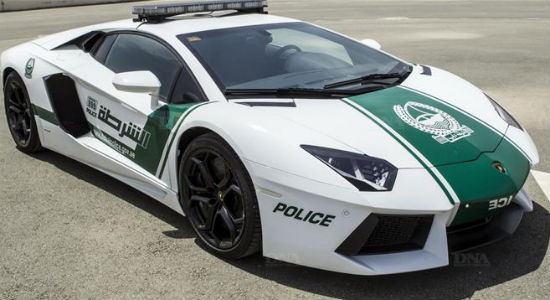 “Dubai is a unique city and everything in it should reflect its uniqueness and for that reason police will add a Ferrari sports car to its patrol fleet,” said Dubai’s police chief Lieutenant, Genl Dhahi Khalfan Tamim. This Ferrari FV, worth between £228,000 and £415,000, joined the fleet shortly after the Lamborghini, and can reach a top speed of 208mph. This was grandly unveiled at the foot of the Burj Khalifa – the world’s tallest building – which Tom Cruise also happened to scale in Mission Impossible 4. 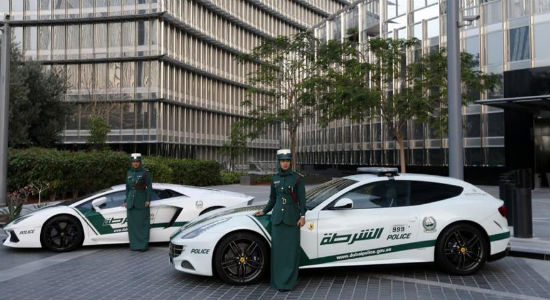 This has to be the most impressive car of the fleet – it’s one of only 77 ever made and is worth £1.18 million pounds making this both incredibly rare and incredibly expensive. It only has two seats so doesn’t win any practicality points - with a car this good we don't they will worry too much about small details like picking up criminals. 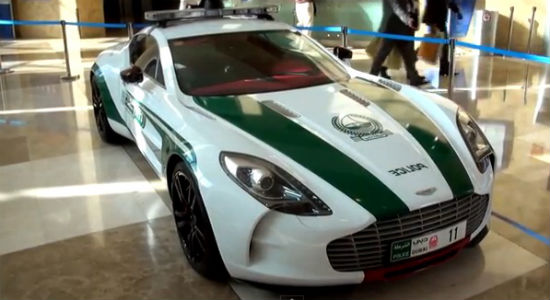 This Bentley is spacious inside and has four seats rather than two – perhaps the police decided to take a practical approach when adding this to the fleet. It comes in at around £131,388 and has a top speed of just under 200mph. 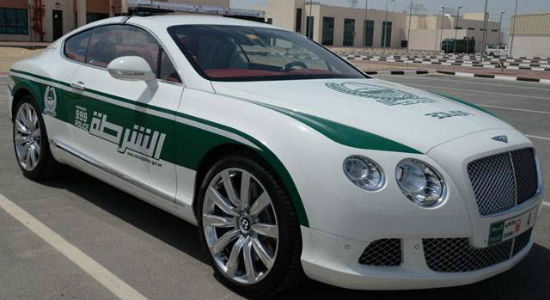 After the arrival of the Lamborghini Aventador, the Ferrari and the Aston-Martin One-77, Dubai police officials revealed they'd soon snap up the only supercar missing from their set - a Bugatti Veyron. This amazing car comes in at over a million pounds and, with a top speed of 253mph, there won’t be many cars that will be overtaking this one. 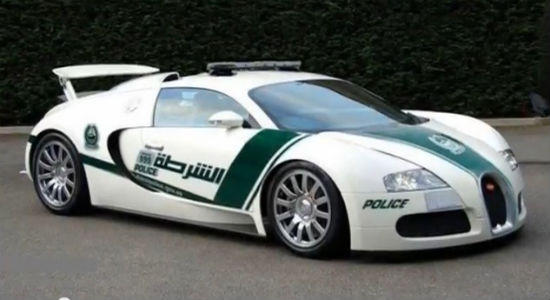 We can only speculate on what the next addition to the fleet will be – a Porsche perhaps? Or a second Aston Martin? Why not!

We don’t have a million pound Aston Martin on offer, but we do have an excellent range of deals on our prestige and performance vehicles.

Find a Prestige and Performance centre