Drivers who hog the middle lane will be faced with an on-the-spot fine and 3 points if caught, under new road safety regulations. 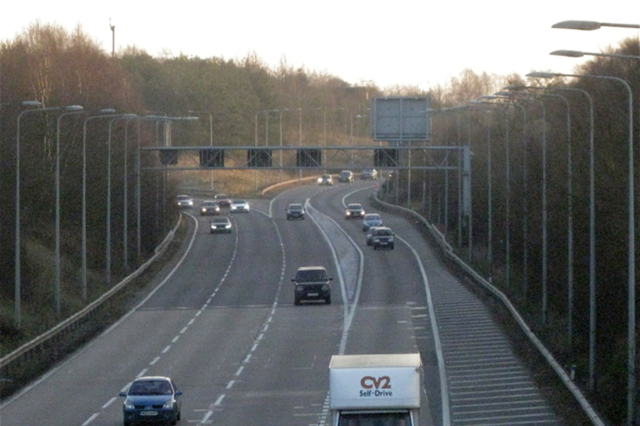 Middle lanes should only be used for overtaking other vehicles

New proposals to be set out by the government later today will see “middle lane hogs” and tailgaters issued with an on-the-spot fine of £100 and three points on their licence – penalties that will come into force from July this year. The new legislation also sees fixed penalty notices for other motoring offences, including not giving way at a junction and using the wrong lane on a roundabout.

Commentators, such as Institute of Advanced Motorists (IAM) director Neil Grieg, have welcomed these changes. Grieg has raised his concerns, however, that “without traffic cops on the road to enforce this new approach, it will have little impact on road safety.”

In the past, these motoring offences had to be witnessed by a police officer, court summons had to be issued and drivers had to appear in court. This new legislation removes much of the bureaucracy and allows instant fines to be issued.

“Careless drivers are a menace and their negligence puts innocent people’s lives at risk.”
It has been reported that more serious motoring offences will still be taken to court, and drivers will also still be able to appeal against decisions in court.

The government is also bringing forward an array of other changes to current legislation, which include raising the fines for the following offences:

Stephen Hammond, Transport minister, said: “We are making it easier for people to tackle problem drivers by allowing them to immediately issue fixed penalty notices rather than needing to take every offender to court.”

“Careless drivers are a menace and their negligence puts innocent people’s lives at risk.”

Driving bodies, including the AA and RAC, have welcomed these new regulations and hope that it will tackle the problem of anti-social behaviour on the UK’s roads, along with the “plague of mobile phone use.”

The AA president, Edmund King, commented: “We are pleased to see that at long last new powers and fines will be given to the police to tackle the top three pet hates of drivers – tailgaters, mobile phone abusers and middle lane hogs.”

Ensure you don't get caught out - install a handsfree kit, or search our cars with Bluetooth, and you won't need to use your mobile handset.