Research shows Scottish drivers are most likely to hit a lamppost 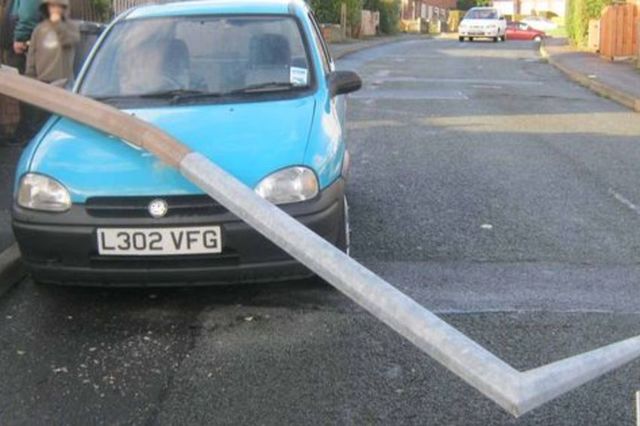 Driving in Scotland? You're more likely than most to bump into a lamppost. Image: Examiner.co.uk

Car insurance company Admiral has analysed 1.3 million claims for road traffic collisions from the past five years, revealing interesting patterns based around geographical areas of the UK.

The most common type of accident nationally appears to be rear end bumps - with the frequency of these increasing in London.

In Scotland - specifically Paisley - motorists are most likely to claim for hitting a lamppost, whilst in the North West of England, traffic light related collisions are most common. Hitting trees is more common with those who live in areas of the Home Counties. 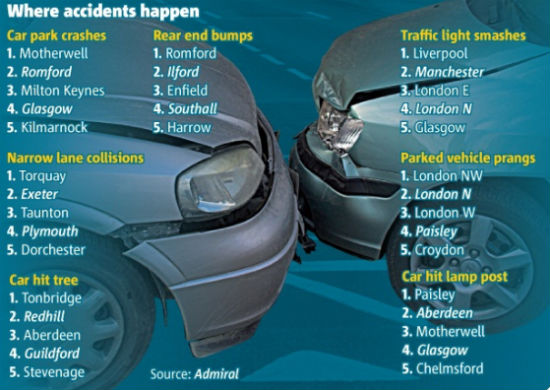 Motherwell comes in as the most popular region for car park crashes.

With its many country roads, motorists in the West of England are most likely to experience a 'narrow lane collision', with Torquay, Exeter and Taunton postcode areas topping the list for this type of claim.

Admiral’s Managing Director was quoted as saying "The stop-start nature of traffic in Greater London may explain the higher frequency of rear-end bumps experienced by motorists who live there, just as the many country lanes in the west of England may explain the narrow lane collisions,” though he was more puzzled by the Scottish trend of hitting lampposts - admitting that it was a "real mystery as to why Scottish motorists are more likely to hit a lamp post and why those in Liverpool and Manchester are more likely to have a bump at traffic lights.”

RAC Foundation director Prof Stephen Glaister, said: "We need to understand where and when accidents happen to produce the best plan for cutting them."

To get the best assistance following an accident, you can register for ACCIST, Arnold Clark's Accident Management service. And if you are worried about bumping your car, you could opt for a car with parking sensors.