Confirmed to be coming to the UK in 2014, iOS 7 update will take iPhone integration with cars to a whole new level 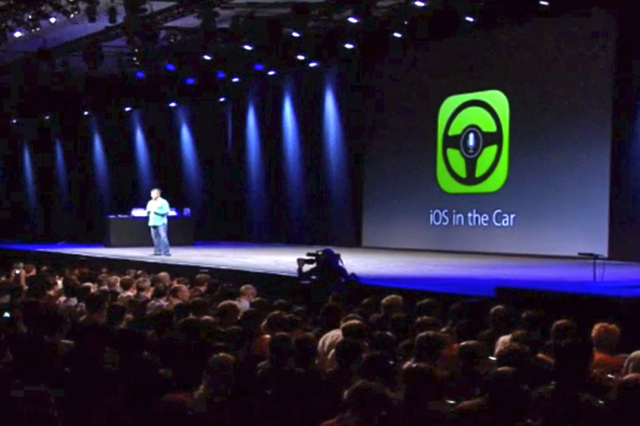 iOS in the Car will allow you to make calls, perform web searches and hear your text messages

Apple is enhancing iPhone integration in cars its latest iOS 7 update, announced yesterday by Apple and due to launch in Autumn. This is very different to the level of iOS integration currently seen in the likes of Ford AppLink, or in Volkswagen's iBeetle.

"95% percent of new cars sold today have integrated music playback and control from an iOS device," said Eddy Cue, senior vice president of software and services, during the WWDC keynote yesterday, "but we want to take this integration to a whole new level."

Apple: "We want to take this integration to a whole new level"

Powered by a new and improved Siri, 'iOS in the Car' will allow users to make phone calls, make (Bing-powered web searches, play music, use Apple Maps and read iMessages aloud (as well as transcribe dictated responses). It will also integrate with 3rd party apps like Twitter and Wikipedia. 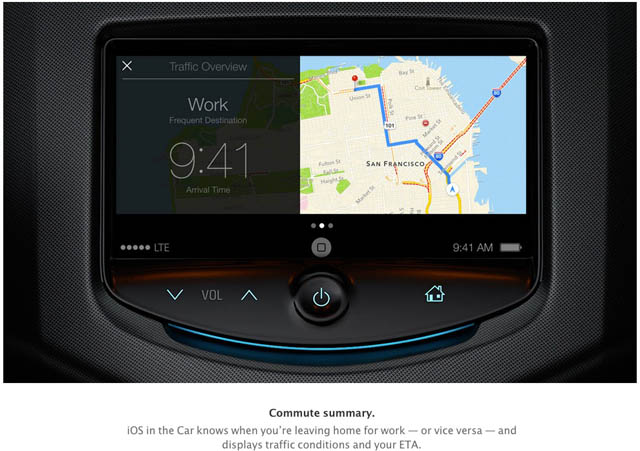 iOS in the Car is about as close to an iCar as you're going to get - though you won't be able to use it just yet. You'll have to wait until 2014 (incidentally, this is the same year that the BBC predicts every car will be connected to the web) when compatible cars with the right kind of built-in screens start hitting the market, but Apple's already got some heavy hitters on board, including: 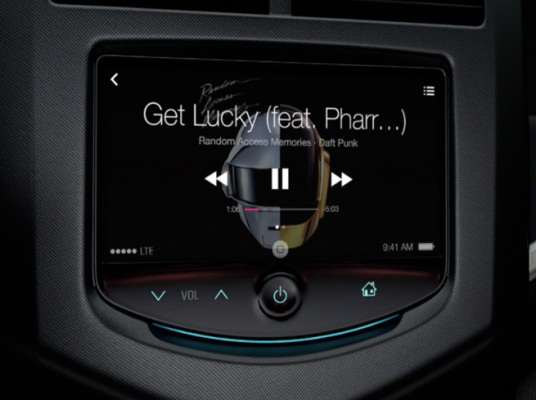 UPDATE: We reached out for comment from the manufacturers above today, and Mercedes-Benz, Nissan, Hyundai, Kia and Volvo all issued the same statement prepared for them by Apple's PR team, stating that they "couldn't say anything more than this" at the moment.

Confirmed: iOS in-car integration will be "available in the UK from the outset".

"We look forward to bringing iOS in-car integration to our lineup next year. With enhanced in-car integration, users will be able to interact using their voice with Siri or the car's built-in controls to make phone calls, access their music, send and receive messages and get directions. Supporting cars will be available starting in 2014."

Nissan also confirmed to us that iOS in-car integration would be "available in the UK from the outset".

Interestingly however, BMW were missing - stating that they weren't willing to change the architecture of their cars just for Apple, and that they feel they already have a class leading system.

This could well be one of the greatest car integrations ever, taking mobile apps which complement the driving experience, and cars with USB integration to a whole new level.