UPDATED: BMW reveal to us why they won't be signing up to iOS in the Car any time soon: 'We have such an advanced multimedia offering and we won't be changing the architecture of our cars for Apple'. 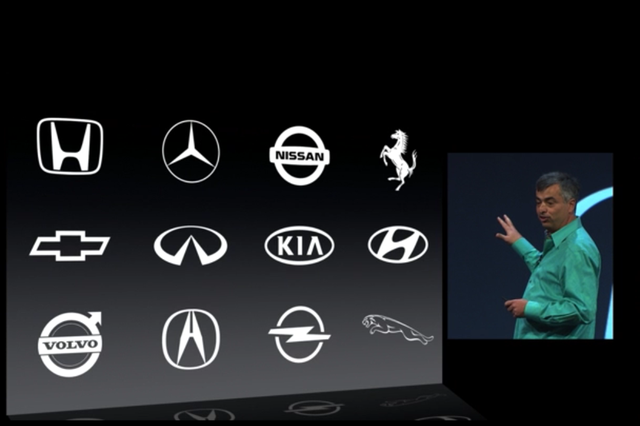 Several big manufacturers have already signed up to Apple's iOS in the Car - but BMW feel they simply don't need to.

On Monday, Apple announced iOS in the Car, a service which promised to take iPhone integration with cars to a whole new level. It will allow drivers to access their iPhone from a dashboard screen, and will include Siri integration, maps and messages, alongside 3rd party apps like Twitter and Wikipedia.

Several major car manufacturers appear to be on-board from the outset, including Honda, Mercedes-Benz, Nissan, Kia, Hyundai, Volvo, Vauxhall and Chevrolet. However, one major manufacturer - BMW - was missing.

This appeared to be an interesting omission, especially in spite of their recent announcement of full Siri 'Eyes Free' integration, and a number of enhancements to its in-car technology - including internet radio streaming and car upgrades which can be bought from the on-board iDrive computer as part of BMW ConnectedDrive.

The official response from BMW

BMW: "it would not be that straightforward for us to start changing all of the architecture of a car for Apple"

We reached out to BMW for comment. A spokesperson from the company told us that "…the upshot is that as we have such an advanced multimedia offering that has been in vehicles in various guises for more than a decade it would not be that straightforward to start changing all of the architecture of a car as has been implied [by Apple]." 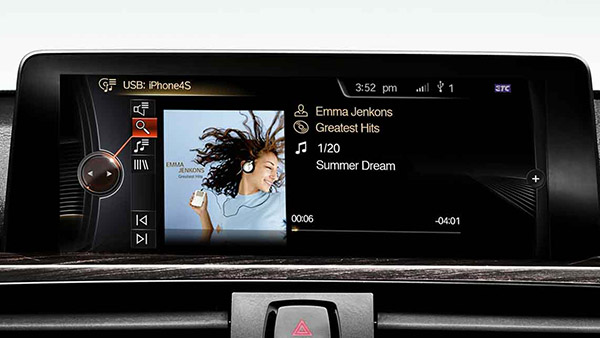 BMW feel that their ConnectedDrive offering is “class leading”

BMW went on to explain how they develop their own technology for their systems, although the head units (the centrepiece of the dashboard - generally containing a screen in most modern cars) come from outside suppliers. BMW confirmed that Apple is not actively involved with BMW at present where their head units are concerned.

"Not as simple as it sounds"

When we asked if iOS might conflict with iDrive or ConnectedDrive, BMW told us that "…it’s likely that the iDrive as an HMI (Human Machine Interface) control can be optimised to function with any operating software" though they "see this remaining on BMW operating software going forward."

BMW: "We have an advanced multimedia offering that has been in vehicles in various guises for more than a decade"

Interestingly, BMW also added that "...vehicle OEMs pre-invest many years ahead of development" so it would come as a surprise if such a system (iOS in the car) became ubiquitous across manufacturers in the next few years - something several Tech publications have been very quick to speculate.

Finally, our BMW source added that "the true potential would be for those [manufacturers] who do not have a mature multimedia offer" continuing to say that "we are catered in this regard but would happily work with Apple should the situation arise".

"Not just a question of Apple functionality"

So will not working with Apple’s iOS in the Car put BMW at a competitive disadvantage? BMW don’t think so. “When you look at what other manufacturers offer, we are class-leading in this regard,” said our BMW source. “Moreover, it is not just a question of Apple functionality more one of the other facets that are an intrinsic parts of the car, such as the Emergency SOS service, vehicle condition and serving that we add on top of music and other entertainment functions”.

BMW on iOS in the Car: In car multimedia isn’t just a question of Apple functionality

A broader look at the philosophy behind ConnectedDrive can be found on the BMW website.

"We stand by what has been said"

UPDATE: In the last few hours, AutoBlog have received information from BMW which indicates that BMW are "currently investigating the technical challenges required to integrate iOS in the Car" and that a "final decision has not been made."

We checked with our BMW source, along with the head of ConnectedDrive in the UK, who told us that they stand by what they have told Arnold Clark, adding that "...if this changes with a directive from Munich, then of course we will let you know." To clarify, our source also said they talk to Apple "as it’s a player", but "as said previously, our systems are class-leading at present."

Find a BMW with ConnectedDrive technology