Arnold Clark is proud to support the Scottish Apprenticeship Awards 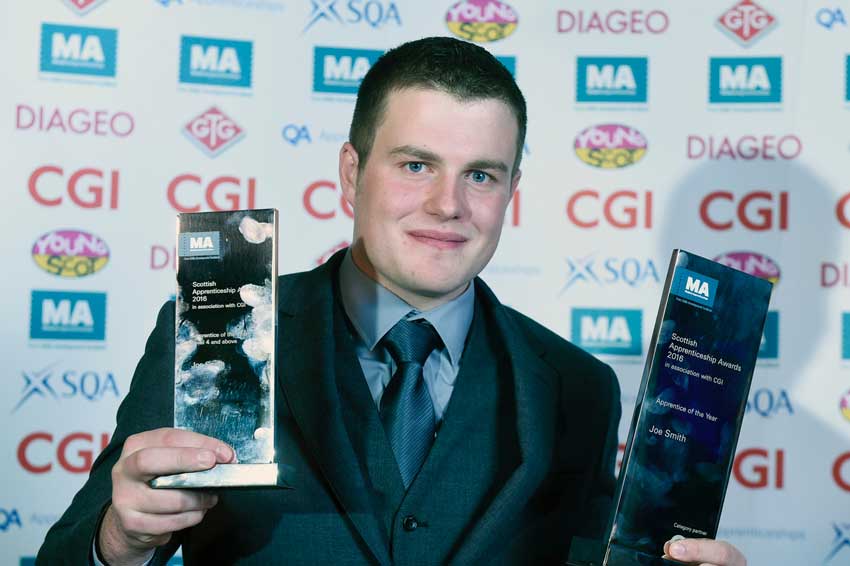 Arnold Clark Apprentice Recruitment Manager Suzanne Sherry said: ‘We are proud to be the principal partner of this year's Scottish Apprenticeship Awards, which reinforces our commitment to offer young people in Scotland excellent training and career prospects. Apprentices play an integral role in many organisations across the country, including Arnold Clark, and this event helps to recognise and reward their hard work and skills.’

This year has seen a record number of entries as companies throughout Scotland look to recognise the talents and qualities that apprentices add to their business.

John Robertson, SDS’s Acting Director of Corporate Affairs, said: ‘The increase in the number of entries we received for this year’s Awards is a testament to the hard work of apprentices and the commitment of employers across a wide variety of sectors. It seems very fitting that our principal partner in this year’s Scottish Apprenticeship Awards is Arnold Clark, an nationally recognised organisation that sees the value of developing Scotland’s workforce and encouraging other employers to do the same.’

The 2016 awards saw Civil Engineer Joe Smith winning the most prestigious award of the event: Apprentice of the Year.