Fed up trying to find a parking space? Maybe your next Volvo can find one for you 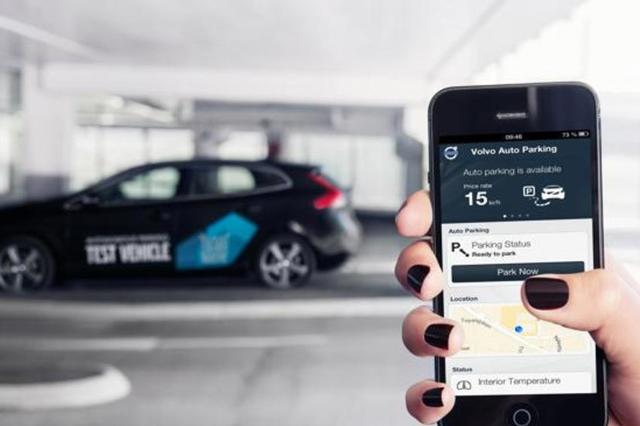 Volvo has unveiled groundbreaking technology that will allow drivers to drop off their car at the entrance of a car park - and let their car find a space by itself. The process would then be reversed when they return to collect their car.

Unlike existing self-parking cars, which require the driver to remain in the vehicle to control the brakes, Volvo’s new system is set to be the first driverless one.

When drivers pull up at the car park they simply exit the vehicle, tap a button on their smartphone (there will be an app, presumably) and their car goes off in hunt of a space, using sensors built into the car to detect nearby objects, applying the brakes if necessary. When drivers are ready to set off again they use their smartphone to signal to the car that they need picked up.

There is one fairly major catch though – the system will require car parks to have special transmitters hidden in the road to help the car navigate and find a space. We've looked at the schemes already in place to sort the age-old problem of parking your car - such as parking space databases, and various other innovations.

Set to be unveiled next week at a technology conference in Sweden, the technology is very much in its infancy. Volvo have been quick to state that you shouldn’t expect to see this happening in your local supermarket car park any time soon.

“Eventually, cars will be capable of parking themselves but we are a long way off talking to, for example, car park operators about installing the necessary infrastructure,” says Volvo Australia spokesman Oliver Peagam.

Eventually, cars will be capable of parking themselves

Thomas Broberg, Senior Safety Advisor for Volvo, continued, “The autonomous parking and platooning technologies are still being developed. However, we will take the first steps towards our leadership aim by introducing the first features with autonomous steering in the all-new Volvo XC90, which will be revealed at the end of 2014.” (So, still time to brush up on your parallel parking skills.)

Volvo has earned a strong reputation when it comes car safety and new technology - they did invent the three-point seatbelt, after all.

At Arnold Clark we have a huge range of new, nearly new and used Volvo cars for sale – have a look at our superb offers.