What to expect from the electric powered BMW i3 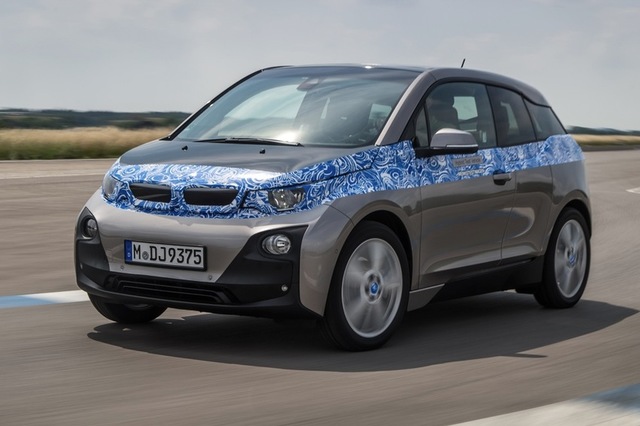 BMW has not released prices, however, it has been reported that the vehicle is in pre-production and orders are already being taken

The BMW i3, first showcased back in 2011, is a four-seat hatchback run on a lithium ion battery, which BMW describes as a ‘compact, agile and sustainable’ vehicle. Commentators at Autocar, who have driven the BMW i3, suggest that the i3 "hints at a new age of motoring with a look unlike that of any other BMW, both inside and out."

Features of the BMW electric powered i3

BMW says that the mileage range of up to 100 miles is "adequate to meet the day-to-day mobility needs of the target customers." It also describes the interior of the i3 as having an "airy cabin" and "a lounge-like character", which has plenty of back seat room for two adults, however Autocar suggests that this i3 "is not a family car in the traditional sense; instead, it's highly individual, inherently practical and a fun-to-drive alternative to existing cars."

The main internal controls for the car are operated from a pod extending from the steering column, which integrates the starter button, parking features and gear shifter. The interior is also made using renewable raw materials, allowing customers to experience the sustainability of the vehicle.

The exterior of the car sports couch doors at the rear, with a boot capacity of around 200 litres, and an additional compartment in the front. BMW describes the i3 as a car that is "neatly equipped for the demands of everyday use."

After a first drive of the car, BBC’s Top Gear commentators’ first impressions of the car are that: "BMW has put some original thinking into almost every part of its design and engineering." They also highlight that the driving experience is good and the range extender option removes any anxiety of running flat.

BBC Topgear: "@BMWGroup has put original thinking into almost every part of the design and engineering of the #BMWI3"

BMW have said prices for the BMW i3 will start at £30,082 and it will be available from November 2014. BMW are already taking orders ahead of a planned car debut in London on July 29.

We look forward to seeing the BMW i3 on the showroom floors of the UK soon!