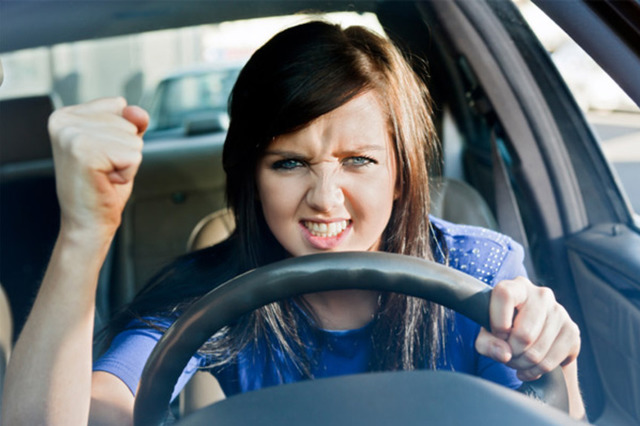 YouGov stats reveal that 32% of people are subject to road rage more than once a week. Image courtesy of RapidEye

According to the Oxford English Dictionary, Road Rage is 'sudden violent anger provoked in a motorist by the actions of another driver' – and, according to a recent survey, it's more widespread than previously thought. The survey, carried out by YouGov reveals that being cut up by another motorist was the leading cause of road rage, followed closely by the failure of other drivers to indicate.

Why does Road Rage happen?

Transport psychologist Dr Peter Marsh had some interesting explanations to give as to why people become defensive and can become violent on the road. He revealed that road rage is caused as the car is "…not only a means of transport, but it's also a very special kind of territory."

"An extension of our homes, our living room on wheels if you like. So when we feel that is threatened… we react with often uncharacteristic aggression."

The main causes of road rage were as follows.

The survey of 3,120 Admiral insurance customers was carried out by YouGov (an international internet-based market research firm).

Admiral spokesman James Carnduff said: "It's bad enough letting yourself be annoyed by other road users but following them, or even worse reverting to violence, is ridiculous." Meanwhile, Kevin Clinton, Head of Road Safety at the Royal Society for the Prevention of Accidents, added, ”Safe driving requires concentration, observation and anticipation as well as a responsible attitude to other road users.”

We recently revealed that it was parking that caused the most conflict among neighbours – and know we know what will most likely lead to arguments when the ignition is switched on.

You can read more about how to avoid conflict on the roads, or view our Good Egg Guide to Road Safety for more help and advice.