Everything you need to know about hybrid cars

Don’t know a PHEV from a HEV? That’s okay, our handy guide to hybrids is here to make it EV… 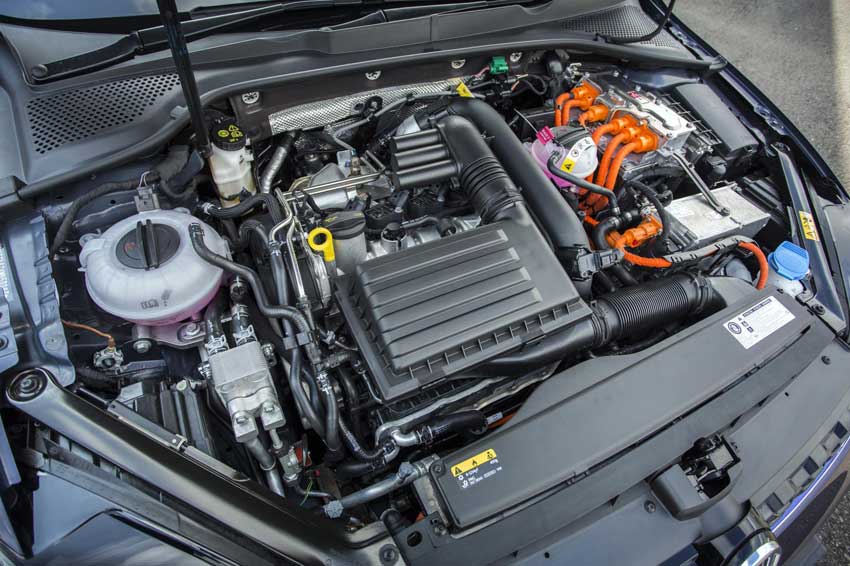 Take a closer look at a hybrid engine.

Heard the news? The world’s highways are going electric. In April 2018, 146,000 plug-in cars were registered in the UK (that’s hybrid and electric). Famously, Volvo made the pledge that all new models from 2019 would use some form of electric propulsion and since then, many other manufacturers have followed suit, ploughing serious sums into electric cars, better batteries and honing hybrid tech.

As a society, we’re fairly committed to a greener outlook, too. In the November 2017 budget, the UK government pledged to spend £400 million on an electric charging network, with another £100 million behind its plug-in car grant. Technology is doing its best to keep pace with our good intentions, and though the age of the electric vehicle isn’t quite upon us yet, it’s definitely about to dawn.

But if you’d prefer to dip your toes in the river of alternative technology before diving in headlong, you should consider a hybrid. Hitting the sweet spot between traditionally fuelled vehicles (powered by petrol or diesel) and all-electrics, hybrids harness all the environmentally kind and fiscally savvy reasons for considering an electric car with a back-up plan in the form of a petrol or diesel engine. More power to them, we say…

What exactly is a hybrid?

While electric vehicles, or EVs, run off electric power alone, a hybrid vehicle runs off two or more engines; typically, an electric motor and a conventional engine, which can be either petrol or diesel. At low speeds, like when puttering through urban traffic, the electric engine will provide all the power you need. At higher speeds, fuel will take over. It all adds up to cleaner, more efficient driving experience.

There are two main types of hybrid vehicle, standard hybrids (HEV) and plug-in hybrids (PHEVs). Standard hybrids will charge their batteries using their petrol engine, or add a little supplementary oomph to a more traditional style powertrain with a battery or motor. Plug-in hybrids (PHEVs) can be plugged in to power up using a cable, meaning a reduction in how much fuel is used.

Why would you want one?

Alright, so there may be a bit of an outlay to budget for when you buy hybrid, but after that initial spend, there are some compelling financial perks. For starters, some hybrid models are subsidised by the UK government because of their low CO2 emissions, with a substantial slice of the purchase price taken care of and reflected as a discount when it’s time to buy. You can also afford to be a little smug about typical fuel savings – for example, a Toyota Prius Plug-in can deliver an impressive 283 miles to the gallon.

It’s a fact: hybrids are kinder to the environment than traditionally fuelled vehicles. Because they’re not guzzling down gallons of fossil fuels, hybrid emissions tend to be much lower, like the ultra-angelic little Toyota Yaris Hybrid, which emits just 75g/km.

When you start up your hybrid, the first thing you’ll notice is just how quiet it is. No rumblings, grumblings or roars to disturb your drive – at least not in full electric mode. It takes a bit of getting used to, but when you’re serenely cruising on the motorway, or having an in-car conversation, you might just appreciate the extra hush.

Tend to gaze longingly at that bank of green parking spots spaces reserved exclusively for plug-in vehicle owners? If you’re driving hybrid, you might find you get the pick of the car park too, as the network of charging points across the UK grows.

No range anxiety: You know that feeling of first world dread that seeps in when your phone’s battery drops below 10%? That’s range anxiety. Typically, it afflicts EV drivers, because EVs can’t quite offer the distance that hybrids can. But if you’ve got the reassurance of a fuel engine on standby you can sit back and relax, smug in the knowledge that when your electric energy levels are dwindling, some petrol power will kick in to save the day.

Here are five of the finest examples of the hybrid yet to be devised, proving that the best of both worlds doesn’t have to be a compromise… 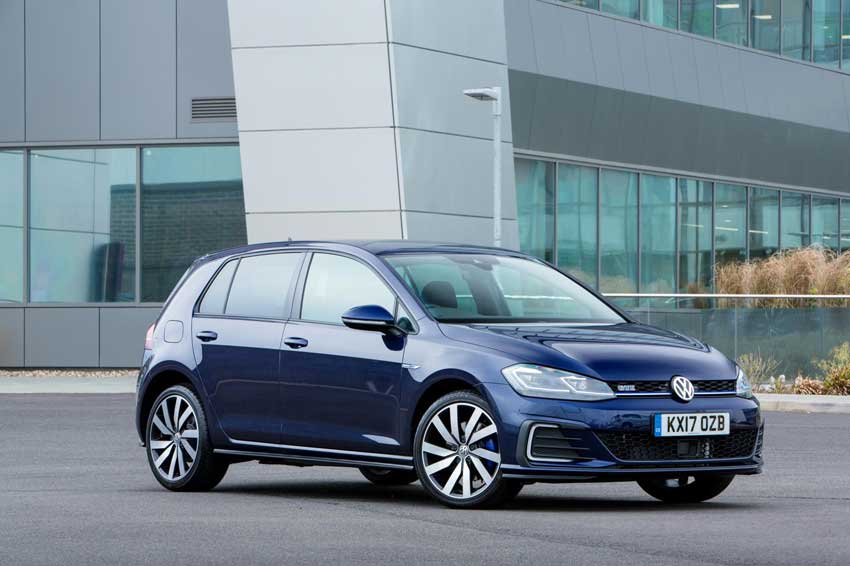 Desirable badge? Check. Low emissions? Check. Checked seats? Check. The feisty little Golf GTE proves that hybrid doesn’t have to herald half-measures, with a GTI look that’s all stainless-steel pedals and flashes of neon blue. If you’re looking to season your drive with a little sporty spice, this hot hatch is the one to beat. 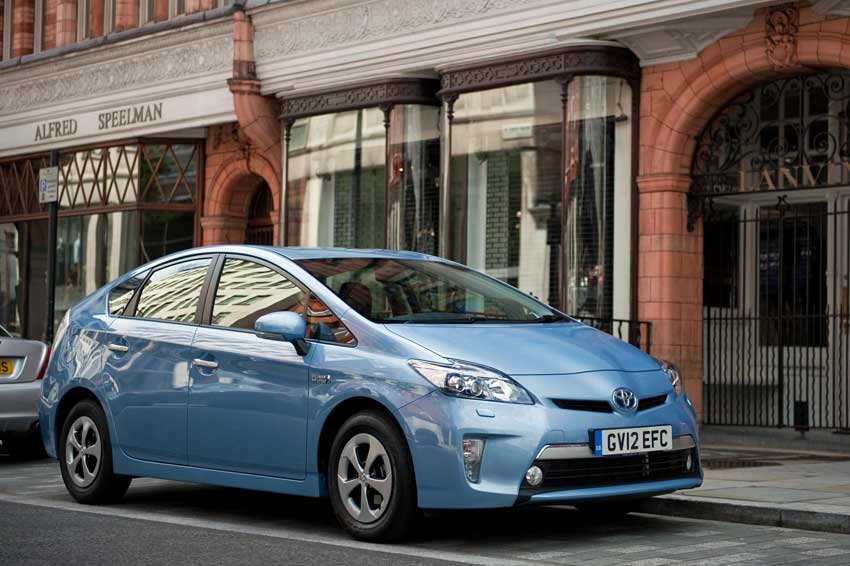 If there’s one model that put hybrids on the map, it’s the Prius – first launched in 1997 and synonymous to the point of cliché with celebrity early adopters. It’s come a long way since then, but still holds true to the same characteristic, geometric styling and practicality that made it a hit over 20 years ago. 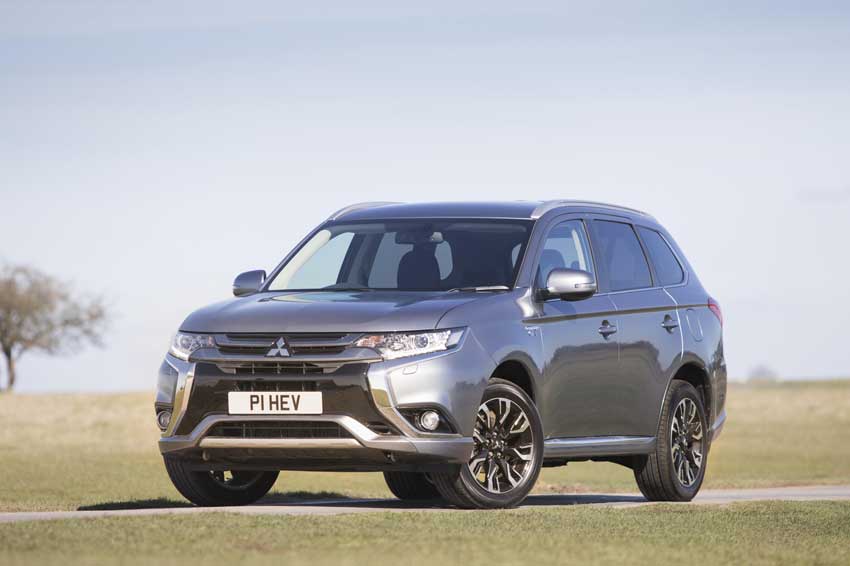 Efficient, elegant and effortless, the BMW i3 was built from the ground up as an alternative vehicle, meaning its form perfectly delivers its intent. Designed from lightweight carbon-fibre to counteract the weight of its battery, and with a high drive height, it’s fast, manoeuvrable and compact – making it perfect for city living. 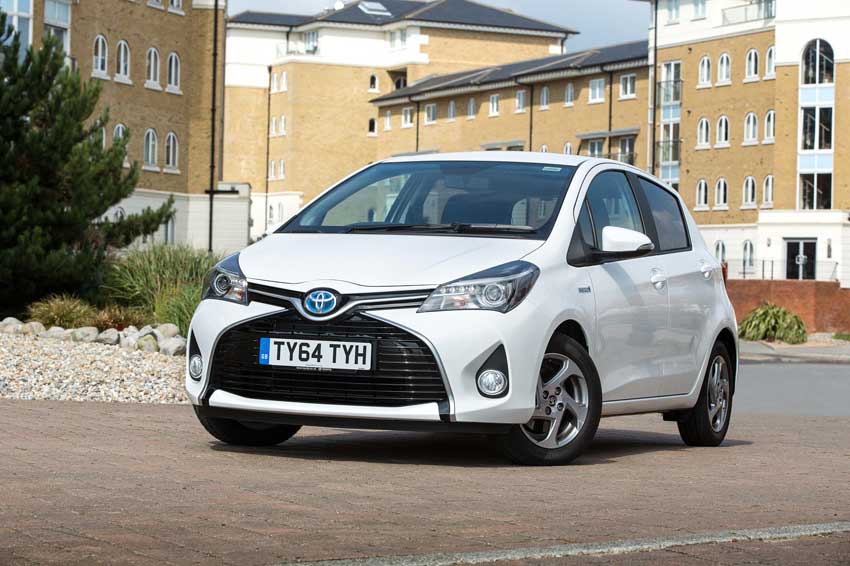 Yes, this is the second Toyota on the list, but the Yaris has more than earned its hybrid stripes. Its cute styling and bold colour scheme make it the perfect accessory, but like any good millennial, this car has a conscience, with low emissions and impressive safety credentials to back up its beauty. 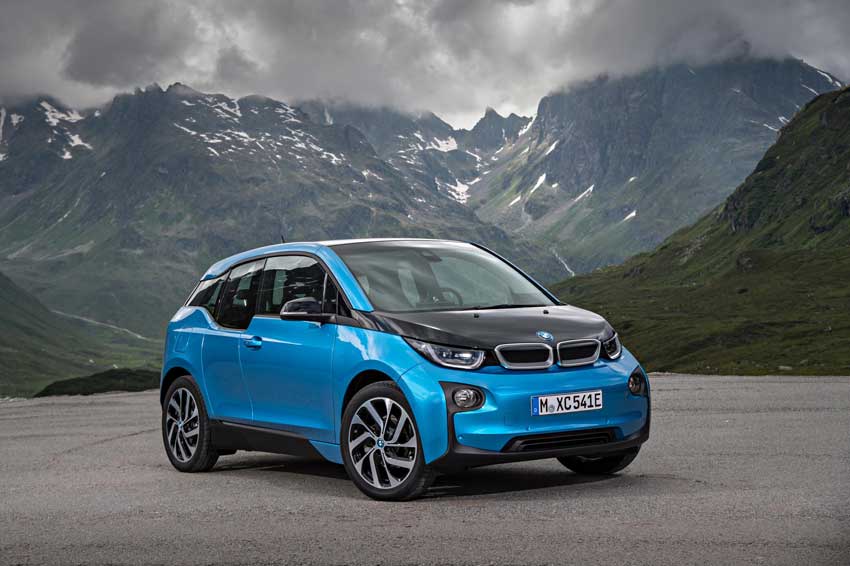 No wonder the Outlander PHEV has done well, it’s the perfect storm of SUV and hybrid – with a heck of a headline benefit: it costs the same as the diesel variant. Aided by its compelling price point and low benefit in kind tax band, it’s an accessible choice for families and business users.

Still having electric dreams? Here are 7 cars to make them a reality.