The most luxurious cars at Arnold Clark

Accept nothing less than opulence. 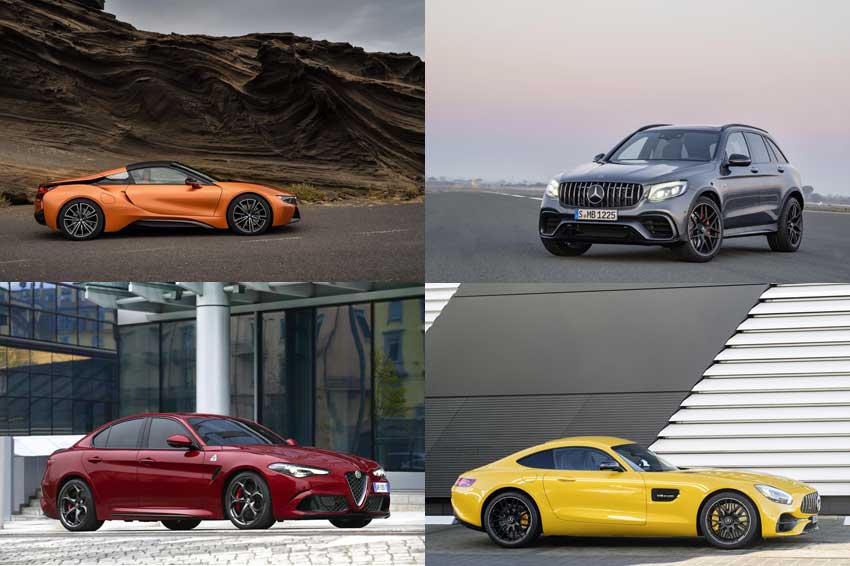 Enjoy luxury and style in these cars.

The BMW i8 – Live the electric dream 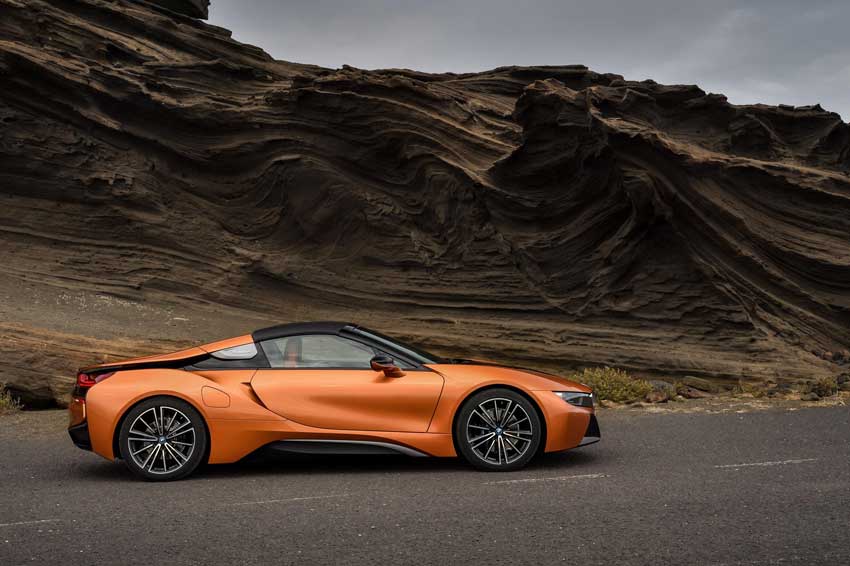 Step into the swish BMW i8 and enter the future of motoring. A future we imagined in our wildest dreams; with flashy beetle-wing doors bedecked in Tron-style neon blue. Most shockingly of all, it’s electric. But don’t be fooled by the stealth of its hybrid engine – packing a whopping 357 bhp, this powerful prowler is anything but shy and retiring. Bolt from 0–62mph in 4.4 seconds. Then, flip the ‘Sport’ switch to summon beast mode: with 570Nms torque at your beck and call, it’s where the fun really begins. But while the fun factor is devilishly high, emissions and fuel consumption remain saintly.

Streaks of ambient lighting vein the i8’s interior, imbuing the cabin with a futuristic glow. Switch between blue, amber and white lighting patterns to drift into alternating thoughts of space exploration, cocktail bars and the dentist’s chair. 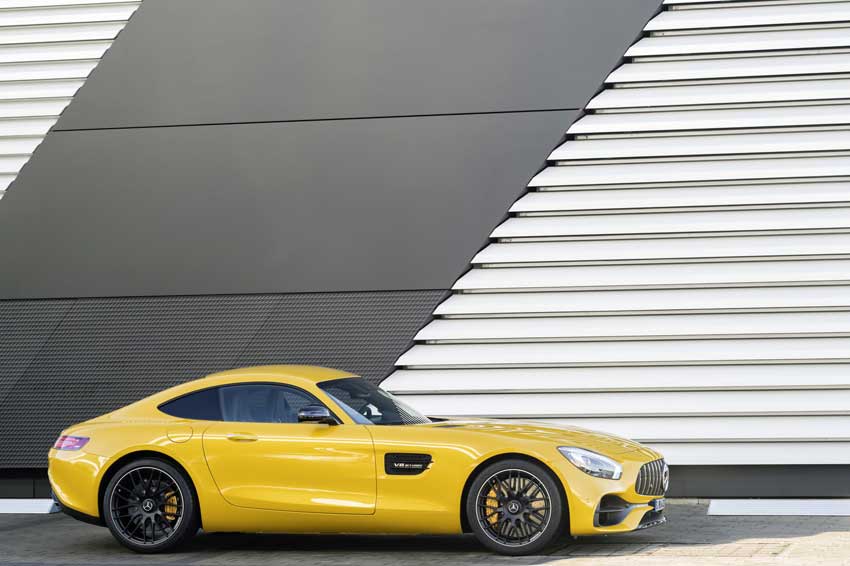 Looking for drama? You’ve come to the right place. With its evocative, irridescent exterior, devastating grille and decadent, Nappa-leather upholstery, this AMG GT definitely looks the part. It’s primed to deliver a scene-stealing performance, too; loaded with twin-turbocharged, 4-litre V8 engines, it can do 0-62mpg in 3.3 seconds. Guillotine-sharp handling sears through corners and you just have to nudge the accelerator to summon euphoric torque. Better prepare to gain a few fans – this redolent roadster is not for shrinking violets.

Just power up and you’ll be met with a booming cackle from the exhaust. Click the special exhaust switch to ‘on’ to unleash a calibre of roar that’s usually associated with low-flying aircraft, thunderstorms and dangerous animals.

The BMW M5 – For a spec-tacular drive 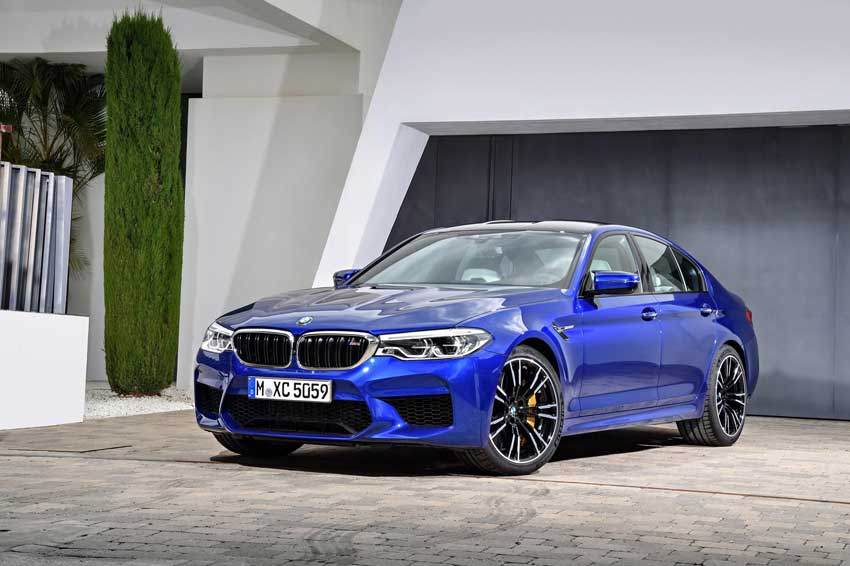 If the classification ‘super-saloon’ didn’t give it away, the M5 is BMW’s exercise in the superlative. Its spec list is nothing short of sublime: consider the 529bhp capability, its twin-turbo 4.4 litre V8 engine and the fact it’s packing an eight-speed torque-converting gearbox. This car can rocket from 0–62mph in 3.4 seconds. Marvel at the stunning 19-inch wheels that come as standard, the Merino leather upholstery inside and the multiple drive modes. Factor in the colossal character of its engine, its lithe handling and debonair ride style, and it all adds up to an executive decision you’ll never regret.

The tantalising menu of drive styles, that can be tweaked to shift power between front and back wheels at the spin of a dial. Veer towards a more equal distribution if you’re feeling reasonable or sling all the power into the back wheels with joyous abandon. Oh – and there’s more. Switch modes on a whim, from tweaking the adaptive dampers to customising the engine and gear lever. 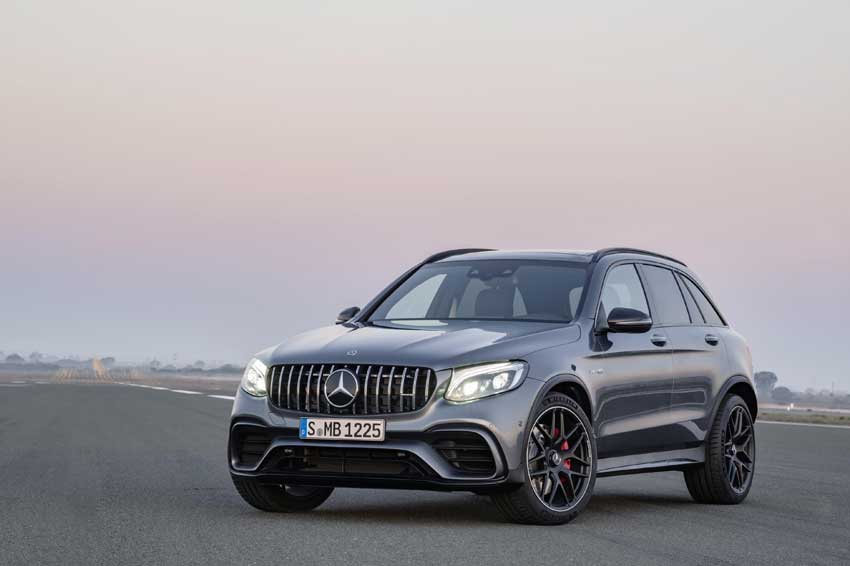 One of the fastest SUVs commercially available in the UK, the mighty Mercedes-AMG GLE has plenty of shove packed into its two-tonne, titanic frame. Reckon an SUV can’t flit from 0-62mph in 4.2 seconds? The AMG 5.5-litre V8 Bi-Turbo engine has something to say about that – and in a no-nonsense rumble that you won’t want to argue with. But this big bruiser is a gentle giant – settle it into cruising speed and it will subdue those annoying road-surface snags to envelop you in a refined and relaxing ride.

This car’s an endlessly fun place to hang out. Sound insulation sequesters you from the outside world, massaging leather seats will iron away the stresses of your day and there are even cooled cup holders to keep your drink of choice at optimum ambience. 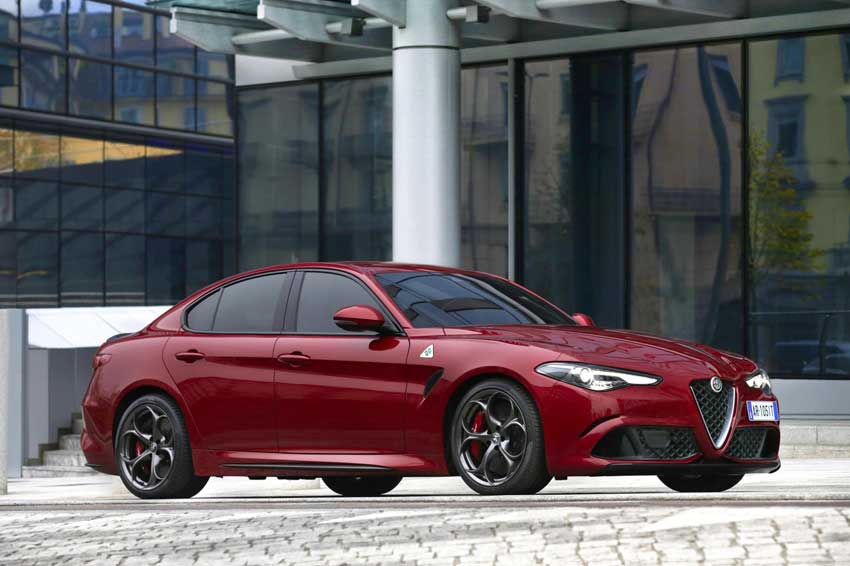 You’ll know you’re on the road to success in this Milanese masterpiece. With its aggressive good looks and pulse-blasting 510 bhp, the Quadrifoglio can warp from 0–62mph in 3.9 seconds. Boasting a class-topping power-to-weight ratio, this super-saloon is the fastest road sedan ever produced by Alfa. That means it’s joyously preoccupied with producing searing driver sensations; from its 8-speed gearbox down to its 2.9 V6 bi-turbo engine, which was developed with a little help from Ferrari. If listening to its ominous growl doesn't make your spine tingle, you may need to seek medical attention. Drive wearing a custom-made Italian suit and a swagger.

The Alfa DNA Pro drive selector allows you to toggle through different driving modes to tailor-fit your drive style to the journey at hand. Select the aggressive ‘Race’ mode and the overboost function kicks in, as does an enhanced exhaust snarl to remind you who’s boss (it’s definitely you).