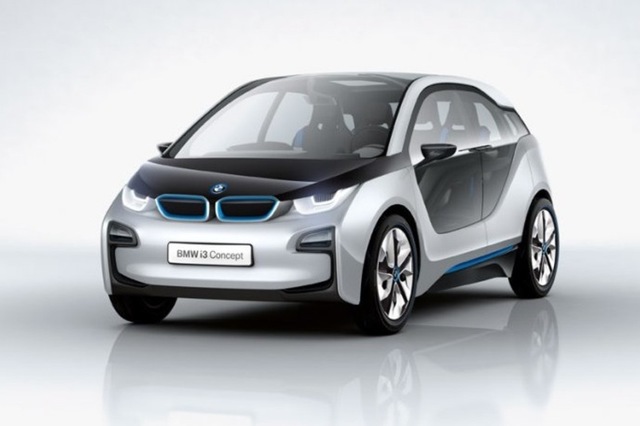 Just days before the official debut, full images of the production-ready version of BMW's i3 electric super-mini - free of any 'camo' - have leaked on to a Dutch website Autoblog.nl, sparking global interest. This coincides with news that their foray in to the provision of electric vehicle charging points has been confirmed, with their investment in a UK electric car charging firm. This has sparked rumours that BMW may be planning to increase their share in the electric vehicle market more voraciously than previously speculated.

The BMW i3 as we previously reported, is rear-wheel drive, powered by a 168bhp electric motor, and is expected to weigh less than 1,200kg thanks to a carbon fibre and aluminium construction. Battery life will last for 80-100 miles and it has a 0-62mph time of 7.2 seconds – delivering a top speed of 93mph.

Arnold Clark can reveal that BMW has bought a shareholding in a British electric car charging point manufacturer. Luton company based Chargemaster, which hopes to float on the stock market later this month, aims to take advantage of the growing demand for a charging infrastructure. Thanks to changes in government regulation driving the market, demands for such an infrastructure is forecast to reach $1bn by 2021.

OpenChargeMap is the best source of information on charging points, providing a global public registry of electric vehicle charging locations. There are a number of charging point providers in the UK - the most prominent is Charge Your Car - a national pay-as-you-go network, with a target of 10,000 charge points.

Incentives such as free parking for electric cars and government subsidy (grants) are leading to increased uptake of electric vehicles in the UK and across Europe – making it a perfect time for manufacturers to enter this market.

Contact your local BMW dealership for more information on the launch of the BMW i3 – or, for a great deal on a new or used electric vehicle, search below.

Search all electric cars in stock