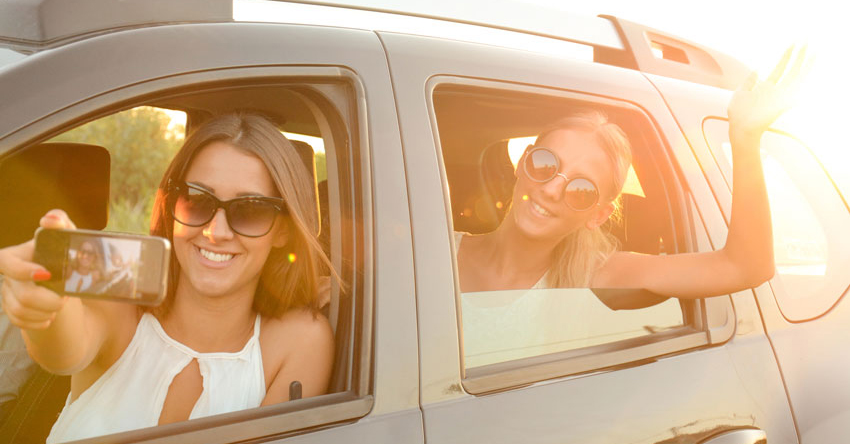 We count down your top summer sounds.

We recently asked you to pick your favourite songs for a summer driving playlist. The response on our social media channels was incredible and with our followers showing eclectic taste. But some of these sweet summer sounds had more universal appeal than others. So, ignore the rain, plug in your generic MP3 device and feel those warm audio rays, as we run down your most popular picks in the ultimate summer driving playlist.

Where’s everybody gone? Well, they’ve gone surfin’ USA according to Brian Wilson and his bandmates. The Beach Boys may be picking up their pensions now, but their signature California sound remains bright, breezy and youthful. This song borrowed the tune from Chuck Berry’s Sweet Little Sixteen but the lyrics transport you to the finest surfing spots that the North American continent has to offer.

George and Andrew’s ode to the classic clubbing beach break is the perfect antidote to a tough working week. Just press play and listen to the sounds of a hedonistic holiday of late nights, missed mornings and sipping your favourite cocktail from a sun lounger by the pool. There really is enough fun and sunshine for everyone.

Originally written and recorded by Seals & Crofts in 1972, The Isley Brothers made this song their own with chilled-out production that still sounds fresh today. A summer breeze remains a particularly welcome form of weather on those hot, stuffy days you sometimes get before a thunderstorm.

This song is taken from the soundtrack of the film of the same name which sees Cliff and his chums head away from the big city in a red double-decker bus for a summer adventure. It’s so wholesome and sweet that it might offend the more cynical listener. But give it enough time and you’ll soon be tapping your toes and wishing you were somewhere where the sun shines brightly.

The Beatles – Here Comes the Sun

This George Harrison composition was the opening track on The Beatles seminal 1969 album Abbey Road. The lyrics tell the tale of a cold and lonely winter and the welcoming warmth of the sun, so really this should be on a spring driving playlist – we’ll let you off, though.

The Cast of Grease – Summer Nights

The bravado of boys and the gossip of girls made this song the centrepiece of the first act of Grease. The film is now 40 years old but the themes of long summers and first loves remain universal. And who hasn’t wished they were one of the T-Birds or Pink Ladies? Although since they seem to be about 35 and still in high school, it’s probably better to have higher aspirations.

This song became the first song primarily in the Spanish language to top the US Billboard Top 100 chart since Macarena in 1996. If you don’t speak Spanish and haven’t read the English translation of the lyrics then you won’t know that it chronicles a couple’s courtship ritual. So romantic!

The Scottish DJ/producer provides his own vocals to this lyrically light track which became his sixth UK number one single. It really captures the summer of 2014 though, in that no one can really remember it.

Katrina and the Waves – Walking on Sunshine

This upbeat pop classic was a huge hit in 1985, reaching number 8 in the UK pop charts despite the fact that sunshine is hardly an appropriate surface for hiking. It would be Katrina and the Waves’ biggest chart success until Love Shine A Light topped the charts and won the Eurovision Song Contest in 1997.

Don Henley made the most of a break from The Eagles to record this synth-heavy pop classic. This versatile track has been covered a number of times with The Ataris transforming it into a guitar-led headbanger and DJ Sammy reimagining it as a dance anthem. Somehow, this song is indestructible.

‘Clap along if you feel like a room without a roof’ demands Pharrell in this catchy soul ditty from 2013. This song featured on the soundtrack to the animated feature Despicable Me 2 and was nominated for an Oscar for Best Original Song but lost out to Let It Go from Disney’s Frozen. But Let It Go is not featured on our summer driving playlist, so who’s the real winner?

Taken from the album Homebase (presumably inspired by their love of DIY) Summertime was the one of the sounds of the summer of 1991. With a sample from Kool & the Gang and some signature rapping from Will Smith, it’s easy to see why this remains a summer classic.

Remember when Bryan got his first real six-string? He got it at the five and dime store then played it so much that his fingers bled, which frankly wasn’t the healthiest of hobbies. It was back in the summer of ’69 when most people were more focused on the first moon landing. This track featured on the 1984 album Reckless which also included the singles Run to You, Somebody and Heaven. Still, this is the one that’s stood the test of time as your favourite summer driving track.