Research would suggest that the roads aren’t getting safer, and motorists are taking more risks – 1 in 5 motorists have admitted to drug driving, while drink driving fatalities went up in 2012 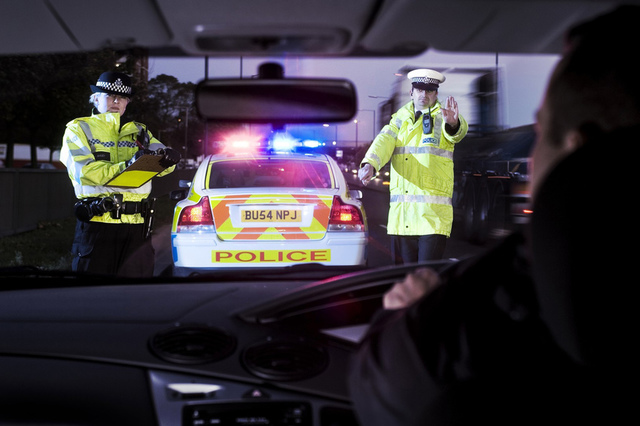 This week saw not only the release of drink-driving figures from the Department for Transport, but also survey results from Confused.com on the prevalence of drug driving.

Meanwhile, the Confused.com statistics suggest that 1 in 5 motorists have driven a vehicle while under the influence of drugs.

The recent statistics show that 2011 had the lowest ever fatality figures - there were 220 fatal drink drive accidents in 2011 (resulting in 230 deaths). Indeed, since reporting began, accidents have reduced significantly, with nearly 600% more drink driving accidents reported in 1979 than in 2011. However, 2012 did see an increase in serious injuries and fatalities caused by those driving under the influence of alcohol.

IAM director of policy and research Neil Greig said: “The number of people killed or seriously injured by drink drivers is the real indicator of success in dealing with those who present the biggest danger on our roads. The IAM is concerned that despite continued police campaigns the message does not seem to be getting through to a minority of drivers.”

“This increase shows the critical need for the DfT to reverse cuts in publicity funding and continue to ram home the message that drink driving kills.”

Meanwhile, insurance comparison website Confused.com has revealed that 1 in 5 people have driven while under the influence of illegal or prescription drugs, leading to claims that roads are far less safe than we might have thought. Moreover, drug driving convictions actually decreased last year, suggesting that more and more people are getting away with incredibly dangerous driving.

7% of those surveyed admitted to driving whilst under the influence of illegal drugs such as cannabis, cocaine or ecstasy. 12% admitted to driving after taking prescription drugs – such as hayfever remedies, and painkillers – that could be making drivers drowsy.

To be over the legal limit to drive, you would need to be found to have:

Depending on your weight, age, gender, metabolism and what you’ve eaten recently, the amount of alcohol you can drink before pushing you over the limit will vary. It also varies across types of alcohol. Find out more from the THINK! Website.

With regards to driving while on drugs, some people think that they will only be charged with the possession of said drugs. This is not the case. The Road Traffic Act 1988 quite clearly states that anyone driving, attempting to drive or being in charge of a vehicle while “unfit to drive through drink or drugs” is “guilty of an offence.”

If you are in charge of a vehicle while over the legal alcohol limit, you may receive:

However, actually driving while over the limit, refusing to provide a specimen, and causing injury or death by careless driving while under the influence of alcohol all carry far heavier penalties, including up to 14 years behind bars.

More on the penalties for drink driving can be found on gov.uk.

Those given a drug drive conviction will receive:

More information on drug driving offences and penalties can be found on gov.uk.

It’s worth noting that while being caught drink driving or drug driving carries official legal sanctions, there are wider repercussions including a criminal record that may impede your career and travel plans, as well as the shame and loss of independence that comes with being banned from the roads. The cost of a fine may also go hand in hand with solicitors’ fees and increased car insurance premiums.

Similarly, the consequences for drug driving go wider than the legal penalties. A criminal record and driving licence that specifically details a drug driving conviction will follow you around, while gaining access to the USA (and to reasonable car insurance rates) will be seriously problematic.

The powermakers have been busy on road safety issues lately, with Transport Scotland introducing the Nice Way Code, and the charity Brake has today launched a campaign calling for stricter rules around eye tests for motorists. The UK Government has promised that it will become tougher on drug driving, although it has cut public spending on road safety advertising.

New laws are being introduced for driving with drugs in the body, which it is hoped will land more people with hefty fines and prison sentences, and make it simpler for the Police to prosecute offenders in England and Wales. Police will be able to take three saliva tests from suspects and (if these are positive) obtain a blood sample. All that is left to decide is: what drugs to test for.

The government proposes that if you are caught with even a small trace of cannabis, ecstasy, cocaine, ketamine, benzoylecgonine (primary metabolite of cocaine), methamphetamine, LSD and 6-monoacetylmorphine (heroin and diamorphine) in your system, you would be in breach of the new law.

Those found with clonazepam, diazepam, flunitrazepam, lorazepam, methadone, morphine, oxazepam or temazepam in their system would also face penalties, but the allowed limits would be a bit higher.