The perfect playlist to keep the kids entertained

Is there anything quite as stressful as trying to stop two siblings from fighting while travelling down the motorway at 70mph? Here’s a playlist to keep everyone sane. 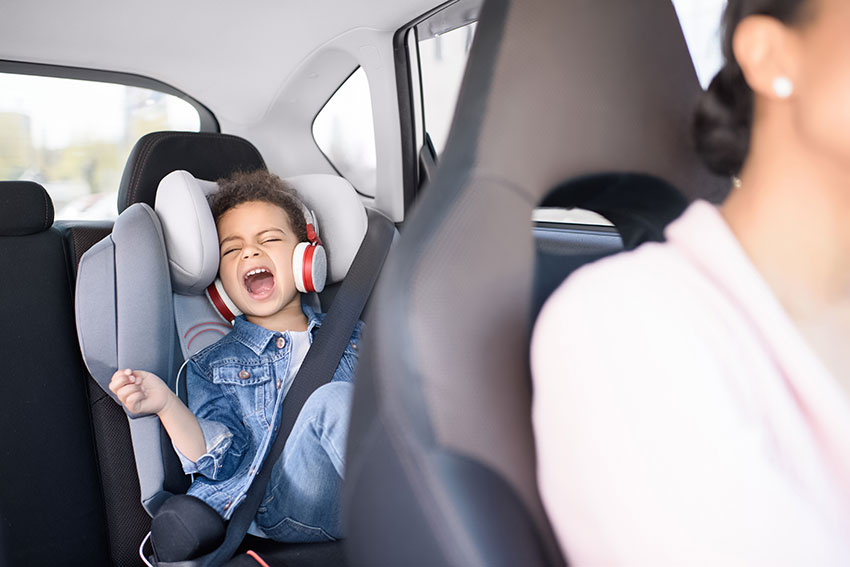 Keeping kids entertained in the car is simple with this playlist!

Now that the kids are on their holidays for the summer and we need to find things to do with them, we thought we’d collate this playlist to make car journeys a little easier. We’ve found that the best way to keep kids entertained without sticking an iPad under their nose is to play this playlist filled with banger after banger, giving them a chance to sing their hearts out. And to be honest, we quite liked these as well…

Shut Up and Dance – WALK THE MOON

With nice and easy to learn lyrics and a catchy beat, this one sure will pique your kids’ interest on that seemingly never-ending journey to their grandparents’ house.

Let It Go from Frozen

Yes, the film was released a few years ago now, but the song is still an absolute hit! A little tough to belt out, but turn it up loud enough, and you’ll just hear Idina Menzel nailing it.

It’s a well-known fact – all kids LOVE Ed Sheeran. Everyone loves Ed Sheeran (citation needed) and for singing along there are a few songs as easy as this one. A classic to get the kids distracted from killing each other.

Another power ballad, but really there isn’t an easier way to get the kids into it than having them scream from the top of their lungs. Not exactly easy listening but rather that than tearing your hair out.

If you didn’t love this as a kid either you were too old or you. A classic from probably the greatest band of all time and one that makes journeys such a joy!

Why not give your kids a musical history lesson and get them belting out the classics from a bygone era? If we are being honest, few musical artists could induce smiles on everyone’s face like ABBA and we feel this is the best for getting them singing along.

Freddie Mercury’s vocals are enough to get anyone to break into song and dance, so get your kids in on the secret and they’ll soon be belting this classic out.

I know, I know, it’s only just ended its seemingly endless repeat on Radio 1 and you were finally forgetting that catchy beat, but let’s be honest, it keeps the young ‘uns entertained.

Shake It Off – Taylor Swift

As much as we hate to admit it, this song is really quite catchy and kids love to imitate the dance while squealing it from the top of their lungs.

Goodness me, I hate kids’ music. Another song that is just terrible and yet, children absolutely love it. One of those songs that will have them transfixed but also make your ears bleed.

You’re Welcome from the Moana soundtrack

Dwayne ‘The Rock’ Johnson is everywhere in the cinemas right now. He’s charismatic, charming and manages to make some really easy-to-watch films with the emotional range of a mop. One thing he is actually quite good at however, is singing, and in this Disney modern classic, he really does show it off. Your kids will love it and we challenge you to learn the rap.

If you can keep up with Mika on this song, you have our undying respect. His voice goes so high at points that only bats are able to hear it, but your kids will absolutely love it and sing their hearts out.

I’ll Make a Man Out of You from Mulan

There’s a lot of Disney on the way folks, so buckle in. This is our favourite Disney song of all time, and with singing from Donny Osmond, it’s a real crowd pleaser. Easy to learn lyrics and a great beat, everyone loves this one even if they don’t admit it.

The Lion Sleeps Tonight – The Tokens

A Wimoweh A Wimoweh A Wimoweh! Try and not smile while you are driving and see your kids absolutely nailing this in the backseat. A lot of fun to sing and not exactly the most difficult lyrics to learn. It always hits the spot.

Can You Feel The Love Tonight – Elton John

Potentially Disney’s most famous song from their most famous film, sung by Elton John – that’s a recipe for a song that will never be forgotten! If you haven’t shown your kids The Lion King then what on earth are you doing?!? It’s amazing!

A Whole New World from Aladdin

Right, last Disney number, we promise. The version from the film is good, but we prefer Peabo Bryson and Regina Belle’s version. Disney just know how to make songs that kids love, and really, it’s not embarrassing to admit you like them to. They’re good fun!

No matter your mood or the situation, there’s something about ELO that just manages to put a smile on your face. With their upbeat tune and lyrics to boot, this song will get everyone nodding their heads and enjoying the journey.

An absolute classic born from the success of the first Shrek film. This is one of those songs that somehow everyone knows the lyrics to, so stick it on and no matter their age, you can guarantee your little cherubs will be whistling along!

Life Is A Highway – Rascal Flatts

Technically it’s not a Disney song even though its fame comes mostly from its inclusion in Cars. This is one of those songs that is so easy to sing along to that you’ll find your journey is over before you know it.

How long was this song on the radio? It seemed to be the only song available to any radio station in the country for the entirety of 2015. As catchy songs go, few are better than this, and it’s got that poppy vibe that your kids will love.