In its 5th year, the Get into Car Mechanics programme sees 8 candidates successfully completing the course 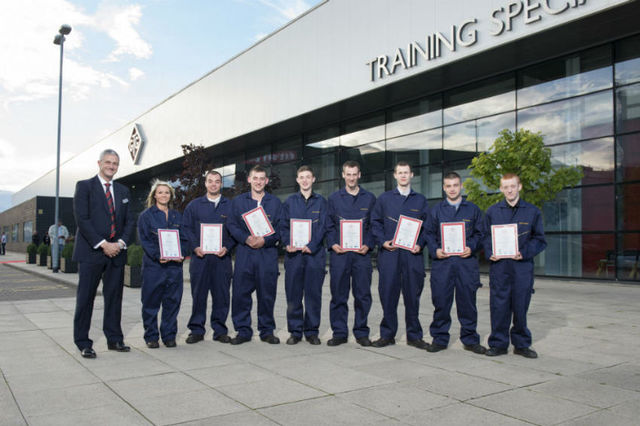 Eight students completed the training course and were offered apprenticeships

Arnold Clark and The Prince’s Trust are celebrating five years of helping budding mechanics gear up their careers through 'Get into Car Mechanics', with all eight of this year’s graduates securing modern apprenticeships.

Five years ago, Arnold Clark and The Prince’s Trust Scotland embarked on a prosperous relationship when the Get into Car Mechanics programme was first established.

To date, the programme has seen 98% of the students who have completed the programme - hosted at Arnold Clark’s purpose-built training centre, GTG Glasgow - being offered employment at an Arnold Clark dealership.

This year, eight students were welcomed on to the course in July, to receive their initial car mechanics training. This included learning about basic vehicle maintenance, tyre fitting, valeting and the intricate attention to detail that is needed to be a precise mechanic.

All eight of the young people have since been offered modern apprenticeships with their local Arnold Clark Service Departments, and on Thursday (August 8th) the graduates celebrated their success at a stylish end of course ceremony.

Speaking of this year’s graduates, Sir Arnold Clark, Chairman of the Arnold Clark Group, commented, “Yet another group of ambitious and hard working students have passed through the Get into Car Mechanics programme and have impressed me incredibly.

As such, I am delighted to offer each and every one of them a modern apprenticeship with Arnold Clark. From there, they will build upon the basic skills that they have learned at GTG Glasgow and, hopefully, go on to be fully qualified mechanics.

I strongly believe in having a hands-on approach to recruiting staff. By furnishing the students with the basics needed to become a great mechanic they can go forth and build upon these.

I strongly believe in having a hands-on approach to recruiting staff.
Hopefully these students will have a fulfilling career with Arnold Clark.”

“Since the beginning, Get into Car Mechanics has jump-started the careers of many talented young people and this year is no different, with all eight graduates about to embark on modern apprenticeships in this strong and growing industry, with one of the most respected names in mechanics.

“The programme has become a shining example of what can be achieved when the third and private sectors work together to tackle the challenges facing young people.

The Prince’s Trust looks forward to continuing our work with Arnold Clark, enabling even more young people to make their aspirations a reality.” 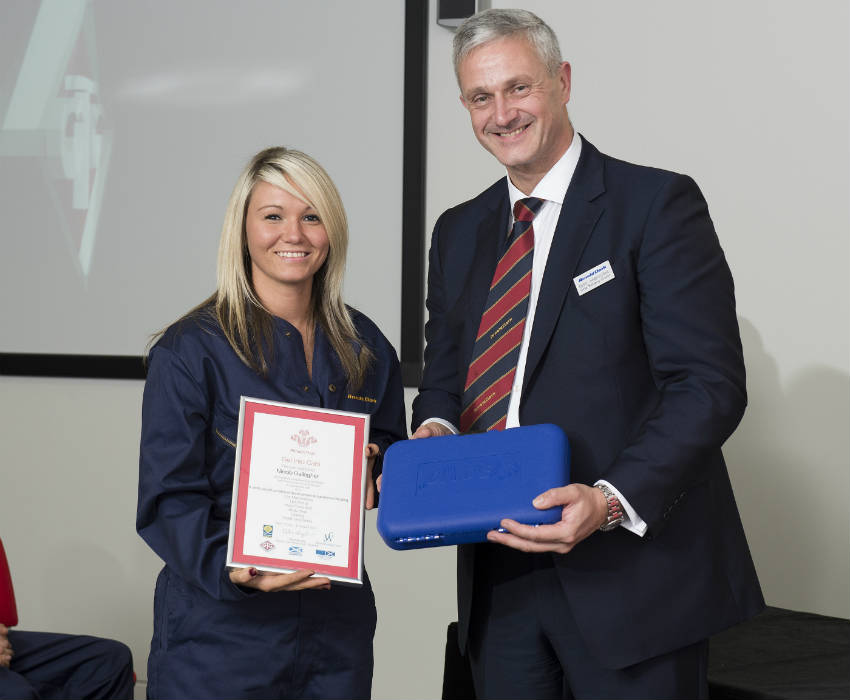 Among the young people who jumped at the chance to get to grips with car mechanics was Nicole Gallagher, who shone throughout her training and placement.

The Prince’s Trust supports young people facing barriers to employment, education and training in order to help them realise their ambitions and aspirations.

The Get into Cars programme was funded by the Wood Family Trust, European Social Fund, Glasgow City Council and the Scottish Government.

For further information on the Get into Car Mechanics programme, or other courses offered by GTG Training, visit the GTG website.