The Volkswagen Passat is back with a range of new technology. But does this big saloon have what it takes to be a 21st century contender? Tim Barnes-Clay puts the new Passat through its paces. 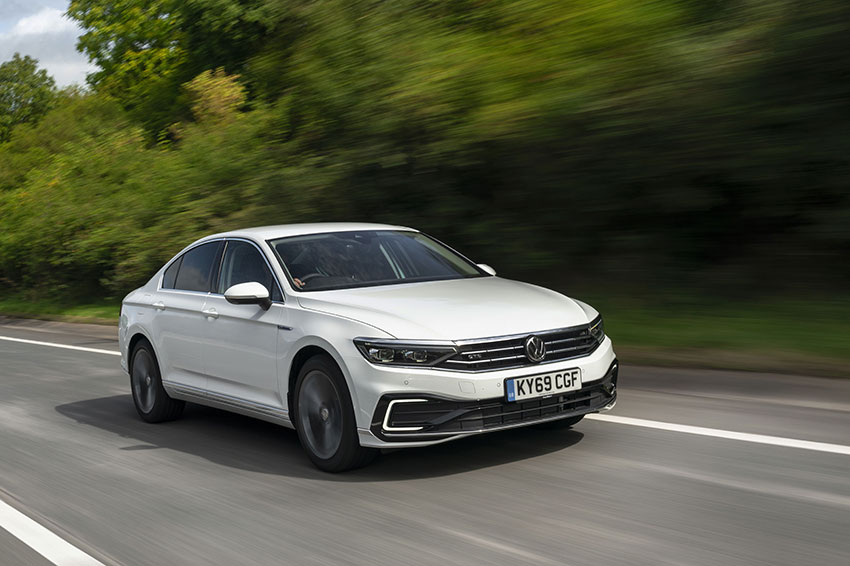 The Volkswagen Passat is an old name in motoring. ‘How old?’ I hear you enthusiastically ask. Well, the first Passat arrived in 1973 – the same year that Pink Floyd released their seminal album Dark Side of the Moon, which means it’s pushing 50. 1973 was also the year Britain joined the European Economic Community (remember that?), Pablo Picasso passed away, and The Godfather won Best Picture at the Oscars. And while all of these events seemed ingrained in our culture, the Passat, well… it remains as relevant as it ever was.

If you had asked anyone in 1973 what we’d be doing now, they’d probably have you told you that we’d be driving flying cars and taking quick commutes to the moon. Instead, we’re gearing up to drive the new Volkswagen Passat. It is as popular as ever, and I was quite excited to check it out, which gives away my age a bit.

Volkswagen has sold an absolutely ridiculous number of Passat models since 1973, more than 30 million, to be precise. That number of vehicles would be remarkable for any manufacturer across the globe, and the car has never dipped out of popularity, although recent years have seen that tested to the max. SUVs have eaten up sales from almost every other car segment. And the Passat has not been immune to their impact. In 2007, Volkswagen sold more than 300,000 Passats, but fast forward to 2018, and the brand struggled to hit half that figure. 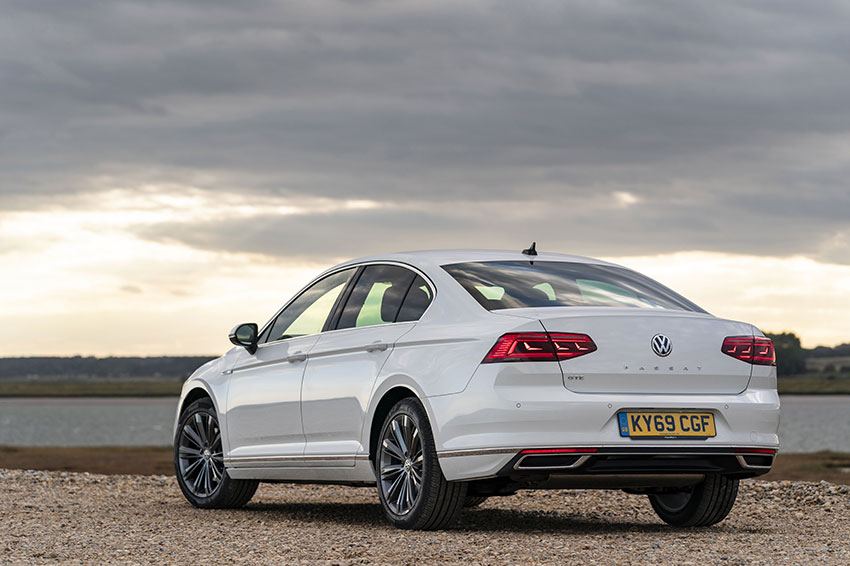 As good as SUVs are – and they are really very good – there’s something to be said for an elegantly styled and comfortable saloon car. And the Passat has been one of the best of its type since it first rocked up all those decades ago. Its reputation is pretty much unrivalled. Ford's ageing Mondeo and the Vauxhall Insignia can’t even touch it, but the Passat doesn’t exactly have a bargain price. In fact, it is far closer to becoming a rival of the BMW 3 Series and Mercedes-Benz C-Class than it is the Ford or the Vauxhall, and that could be a problem. 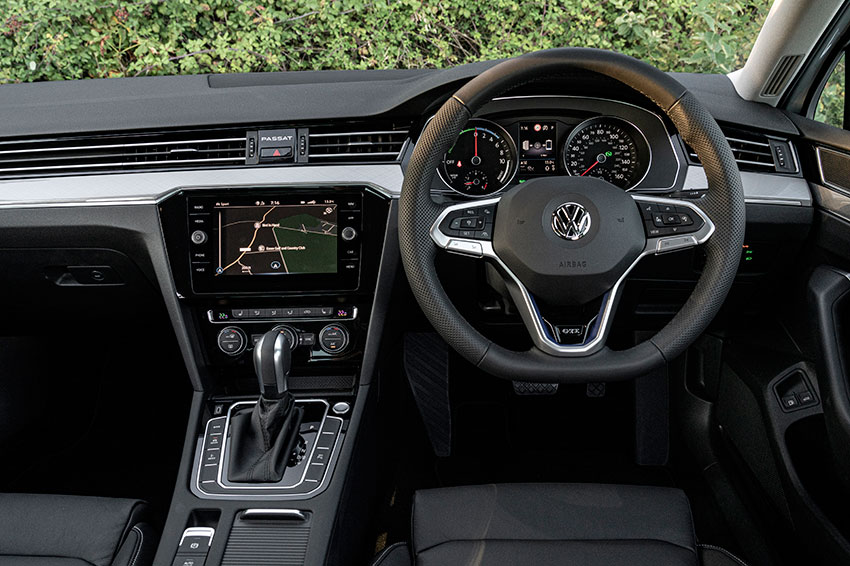 Well, it’s not dramatically different to the old one. But since around 75 per cent of Passats end up as company cars, it makes sense to stick to the tried and tested formula. There is a new steering wheel, a new trim, and 'Passat' is written on the dashboard where there was once an analogue clock. Upgrades to onboard technology have also been rolled out, so you now get a larger touchscreen infotainment system as standard. And there’s an even bigger one available as an optional extra. 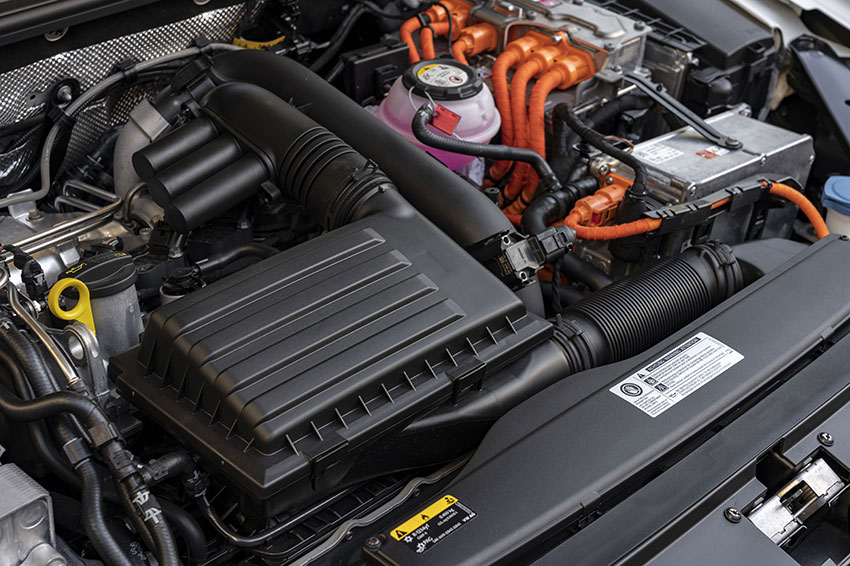 In terms of the oilier parts, there’s still a selection of four-cylinder turbocharged diesel or petrol engines, with plenty of oomph and respectable efficiency figures. Diesel power is likely to be the most popular choice here, given that most Passats are for business users. Indeed, anybody who’s driven on a UK A road can confirm that a Passat powered by the 2.0-litre TDI is the fastest car ever made, mainly when the driver is late for a regional office meeting.

In all seriousness, these engines are excellent. Drive sensibly, and a Volkswagen TDI of any specification should secure you over 50mpg on a run – and some claim even more. They won’t wow you with performance of course, but as everyday mile-munching units, few are better. And the option of having a seven-speed DSG automatic with them is something you should seriously consider if you cover a lot of ground each year.

What about a hybrid?

If diesel isn’t really your thing, the newly refreshed GTE model could be the way to go. This is the headline model from the new Passat range. It’s capable of up to 34 miles on electric power only, thanks to its hybrid drivetrain. Part battery, part petrol, the GTE offers the lowest CO2 emissions of the range but at a higher price point. Whether it’s worth that extra outlay depends on several factors. Business users are likely to pay it to avoid the higher tax brackets. But if you're one of the rare breeds of customer who buys a Passat for personal use, the extra thousands it will cost to get yourself a GTE may turn you away – or tempt you into a more premium saloon.

Whichever Passat model you choose, the driving experience will be the same. It is a simple to use, relaxing motor that feels like slipping on a good pair of shoes. It’s reassuring and comforting and helps you travel many, many miles in absolute comfort.

Is there plenty of storage? 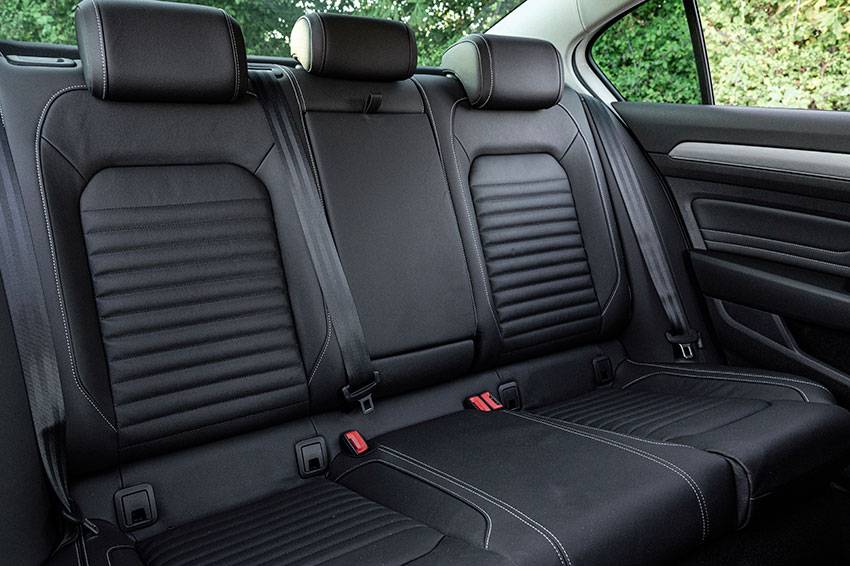 Space in the rear is excellent in all models, but if you're hoping for high loading potential, the estate is the one to go for. With the rear seats folded down, you can fit things almost two metres in length in the back of the new Passat. What’s more, it swallows a tremendous amount of items. So much so, that if you need much more space, you’d probably have to look at getting either a seven-seat SUV or a small van. 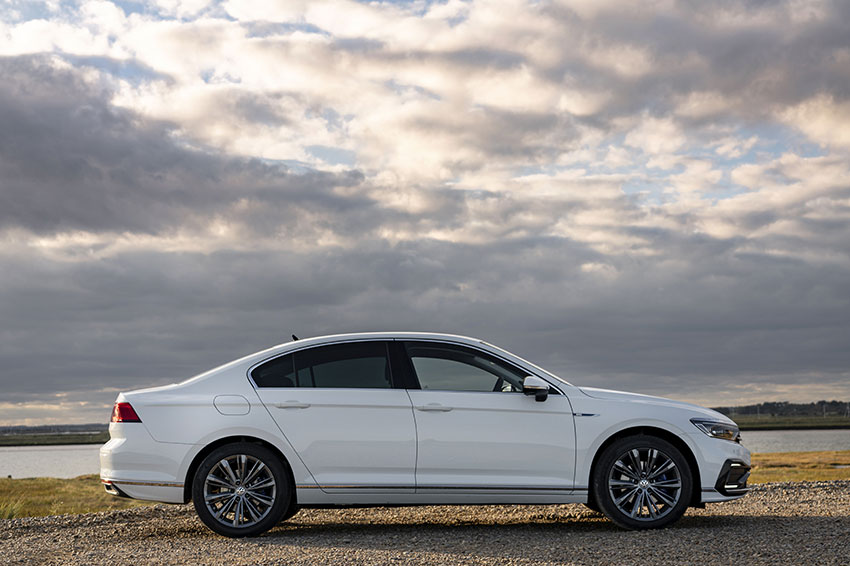 So, the new Volkswagen Passat isn’t glamorous; it isn’t particularly fun, and it isn’t something that you’ll necessarily fall in love with. But it should prove to be a reliable, efficient workhorse, and the new GTE is an extremely attractive and modern take on this genre. If you’re not somebody who cares much for entertaining driving dynamics or exhilarating performance, this will suit you just fine. And wherever you happen to go with it, it’ll remain the comfortable, assuring presence that it’s been since 1973.