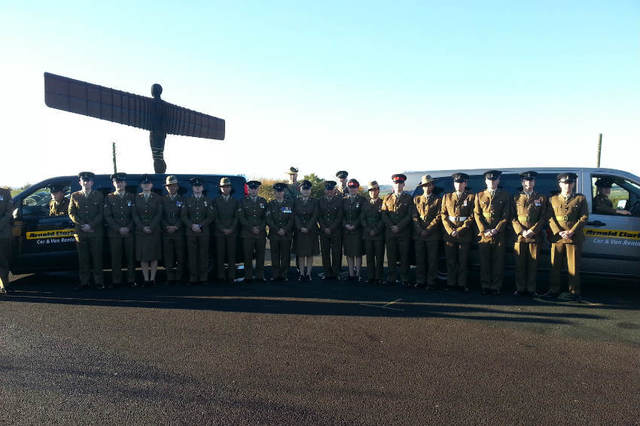 Members of staff at MOD Stafford with their branded vans

The Arnold Clark Stafford Car & Van Rental branch and MOD Stafford have built a strong relationship over the past couple of years.

Soldiers at MOD Stafford have been working tirelessly to raise funds for the Royal British Legion, and Arnold Clark has been more than happy to assist them in their endeavours. Supplying the team with vehicles, Arnold Clark ensures that MOD Stafford are able to attend events in the surrounding area, reaching as many people as possible and gathering optimum funds for this worthy cause.

Collections for the British Legion this month have taken place at several locations and events, including a golf tournament at Tyneside Golf Club, Low Fell Cricket Club, Newcastle, and remembrance commemorations at the Stadium of Light.

The soldiers travelled around the North East in minibuses branded with the Legion's poppy logo, provided by Arnold Clark for the Ex Centaurs Remembered tour. 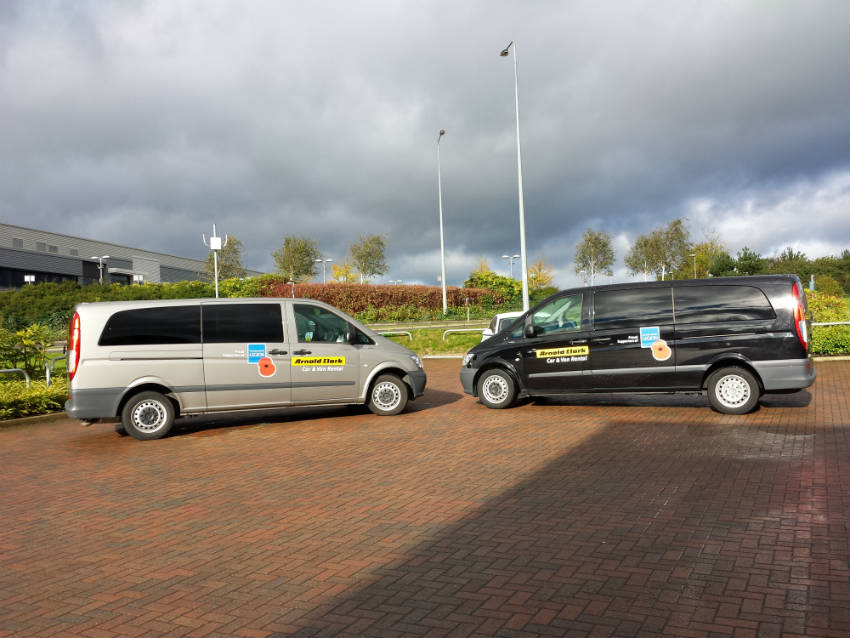 Some comments from the MOD Stafford team included those from Stephen Abbot: “We were really grateful for the hire vans you arranged for us for our fundraising in Newcastle. We had a fantastic week aided by your vehicles, and we have collected over £34,000.”

John Stephenson added: “From all those who serve and have served plus their families, a great big thank you.”

Arnold Clark looks forward to assisting with future events by MOD Stafford, building upon an already strong relationship, and is delighted to be part of efforts to raise funds for as great a cause as the Royal British Legion.